Believe in your child
Flower arranging

He wants to write 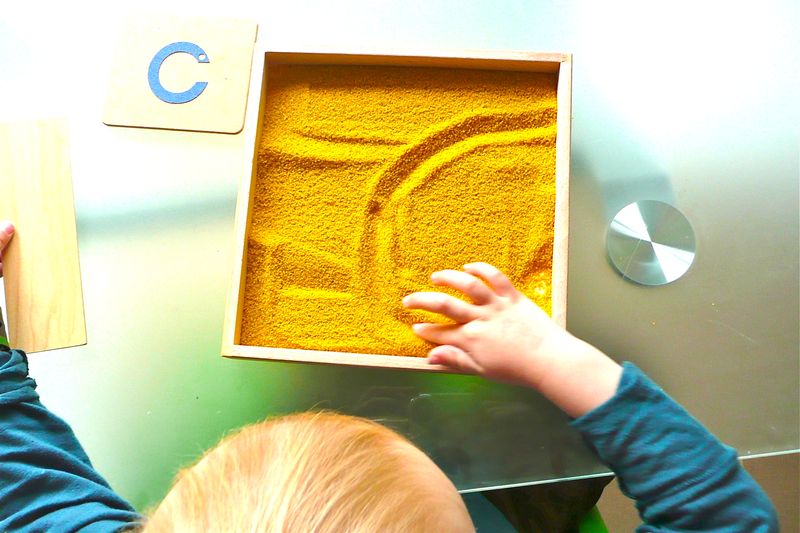 Caspar frequently scribbles and draws lines saying that he is writing. He is now three and a half and I am thinking he is entering the sensitive period for writing. Yes, I am excited.

At our last parent teacher interviews I spoke to Caspar's teacher (he is in Cycle One at a Montessori School) about activities we could do at home. She suggested playing I Spy games to teach him the letters and sounds. Naturally I have taken her advice and we have been playing lots of I Spy.

Recently he has been asking me to write letters and his name. Although he has access to a lot of materials at school I want to ensure that he is also enabled at home. I had previously purchased sandpaper letters, moveable alphabet and sand trays when we were unsure if he would get a place at the school. I had also previously considered homeschooling.

Today I made up a tray including a couple of letters, chalk board, sponge and chalk. I also put out the sand tray. He knew what to do immediately, I didn't need to show him a thing. Today he only worked with the c. I will leave these on his shelves and see if he goes back to them. 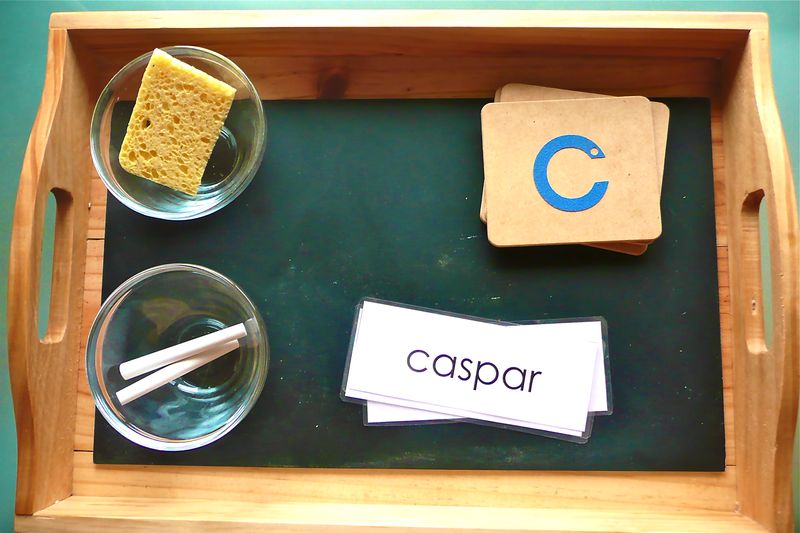