Ring on a Ribbon
Evolution of a room

I love to see bedrooms and nurseries especially those of the Montessori kind. But most of all I like to see them after a little use and to see how the have grown.

Here are some recent pictures of Otis's Room lived in at four months. 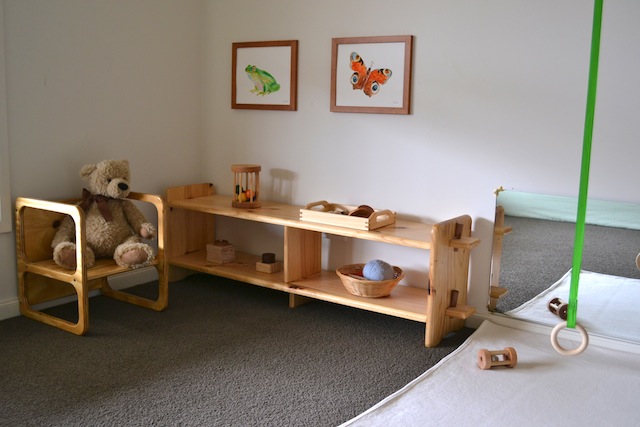 He is currently using the ring on the ribbon. There is some new artwork on the wall. These are watercolour paintings that I always envisaged for this space but have only recently ordered. I have removed the glass (actually it was perspex) from the frame so Otis will be able to see and feel the texture of the paper. The bear was a special birth gift. 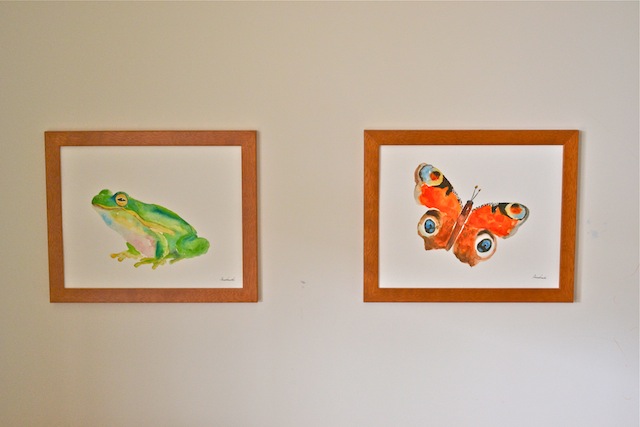 Books in a basket near his bed. The pillow is only used by me when I am feeding him. He still only uses a blanket which is usually kicked off. 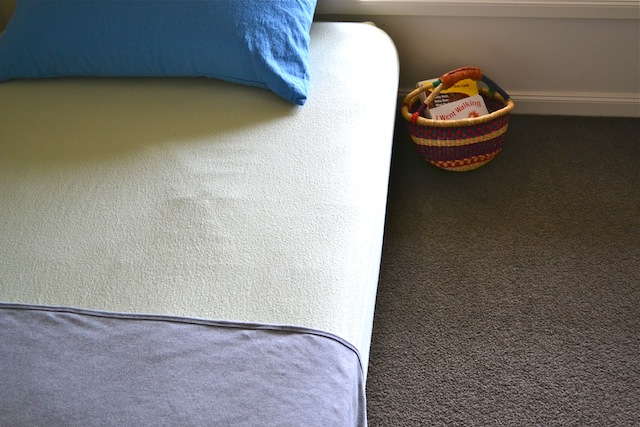 Changing him on the floor is so much easier. It means I can leave him here while I take his nappy straight to the laundry. It also means when he is a little older he can crawl here are participate in changing. Here we use a playstand to hold his nappies, liners and clothes. 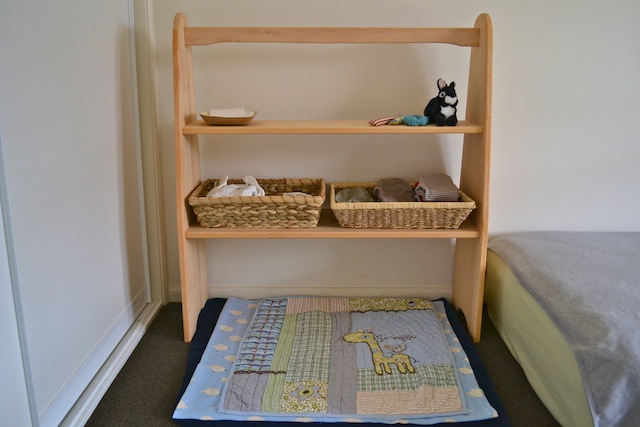 We have also removed the stars that were previously on the window. Hopefully it won't be long and he will have a clear view as he cruises along the window sill. 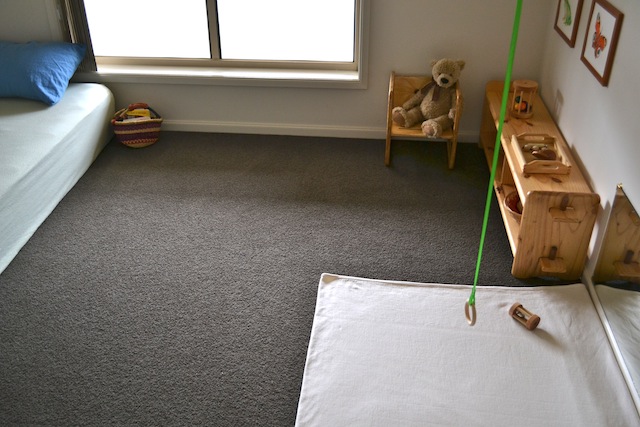 It hasn't changed much but we are slowly adding more items to make it feel more like his space.