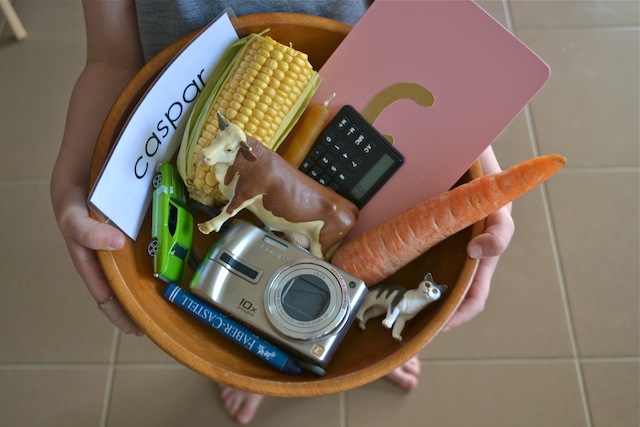 He has long resisted playing I spy. Here is another idea totally inspired by Lori's post Isolating a Single Letter Sound at Montessori MOMents. We went on a treasure hunt.

Montessori writes that the written language can be used to improve speech and that speech is perfected between the ages of two to five. It's not too late for Caspar yet. We have been using the sandpaper letters but for now focusing on c and Caspar. Caspar misses the c off his name. I know! This makes him frustrated as people have trouble understanding him when he tells them his name. We have been to a speech pathologist, he doesn't have any specific issues as he can pronounce all the letters, make all the sounds but remains at times unclear.

For now the hunt is on. We have made it a fun game with crazy Capsar crashing and everything else starting with c.