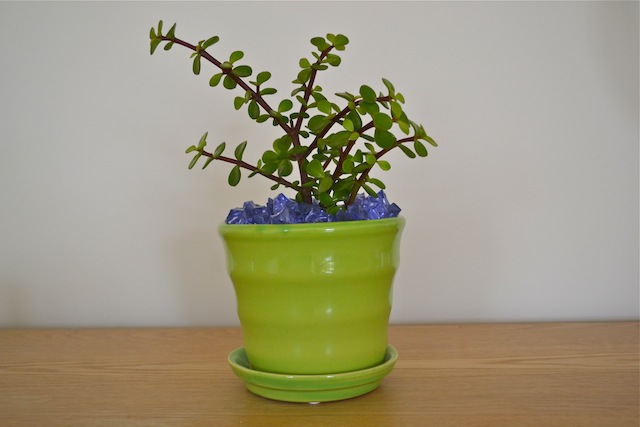 We didn't remove it in the middle of the night. Caspar knew it was going. It's just that he forgot. "Where's the T.V Mum?"

Television wasn't a big issue for us. We had three televisions in the house. My husband and I watch very little television and Caspar would watch it occasionally. In the last month or so Caspar has been unwell, increasing his television time. He would feel sick (tired and grumpy) and I would get his blanket, pillow, some food and cozy him up on the couch - in front of the television.

Then it started to get out of control. The more television he watched, the more he wanted to watch. When he was better he still wanted to watch copious amounts of television. He even became fanatical about it, not just the television but the shows and the characters.

I think television came after Montessori's time so her views are not entirely known. I don't think she would have supported it at all. I think her advice would be for children to not to watch any television especially those under 6 years. I know some people disagree, I have had discussions with those who think Montessori would support children watching some shows in moderation. We will never really know.

I have never felt entirely comfortable with Caspar watching television. Although I have allowed it I have never believed it to be beneficial. So we felt the need to put some limits in place. The trouble was that we were having difficulty in being consistent. Because the television worked so well in entertaining him it was always such a temptation. I know we are not the only parents to face this struggle. In the end the televisions had to go.

Two of our three televisions are now in storage. The other one is used by my husband and I when the children are asleep (by me when I am on my new found love - the treadmill). So far so good. I must say that our days seem longer and harder without it. I think it just takes time to adjust.

And what is in it's place? A new plant for Caspar to care for. 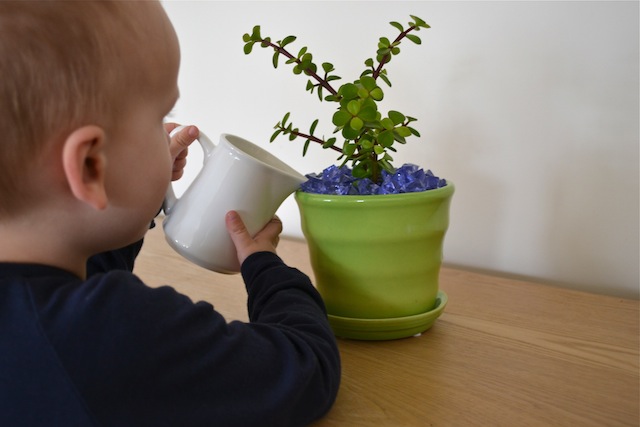 I recently discussed this issue with my own mother. She believes that children should watch some television to stay up to date with popular culture. I wonder if this attitude is generational? I am sure she didn't watch much television as a youngster.

I think over time we will probably allow Caspar to watch some television, perhaps just on the weekends, perhaps with a time limit. I am not entirely sure yet.

I am interested to know how you handle the television situation especially if you have children around the same age. How much is too much? Do your children watch T.V at all?