Sitting independently at the weaning table 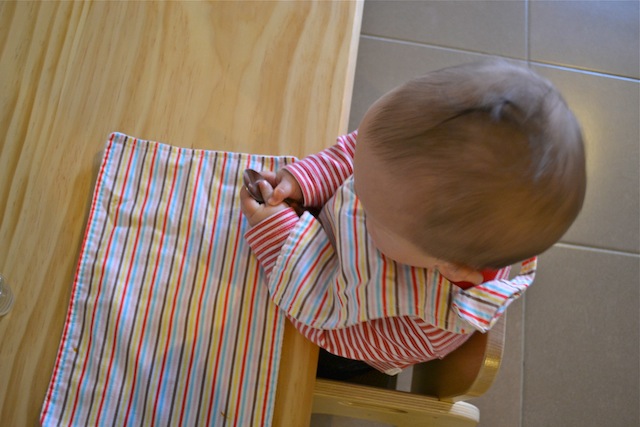 He is holding his spoon, waiting patiently for his food.

While I was determined to make an outline for the utensils, Otis is now using three placemats a day and these are often intertwined with Caspar's. So far there are too many to outline. It's on my to do list - hopefully I'll get to it before I completely miss the opportunity.

He tends to go off his solids while teething but is now back on track. He is eating solids three times a day and some snacks with Caspar. Snack usually involves sucking on some strawberries. He is still consuming plenty of breast milk and is having a small drink of water from his glass with his meals. While I haven't marked him on a growth chart I believe he is thriving.

I was inspired by Emily's wonderful post about Montessori style solids and more specifically about her approach to weaning. I love the photographs of Vicki Jo feeding herself - amazing!

In turn I tried to snap some photographs of Otis actually eating but found it way too hard. Perhaps next time. So here he is just waiting.

I don't think I've shown you his bibs before. They are a slightly smaller version of a pattern used by Cathy with the velcro closure to the side. And yes, they all match. 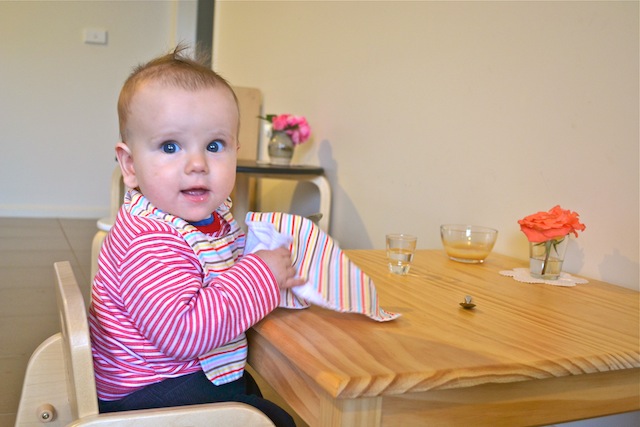