We speak one language. It's called Montessori.
Top 3 - Must Read Montessori Books

You guessed it. Crawling. 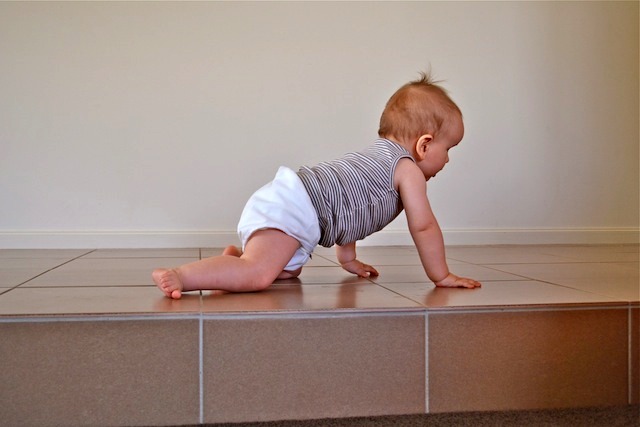 You guessed it. He's crawling.

He's also climbing. We don't have stairs and this single step proved to be no problem. 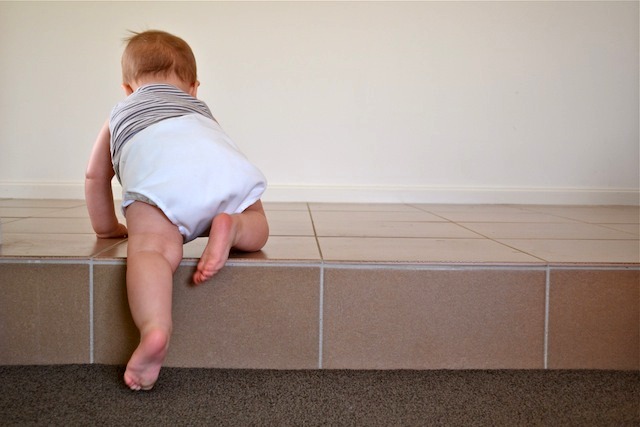 How about a fun obstacle course? A tunnel, pillows and cushions with a toy at the end. 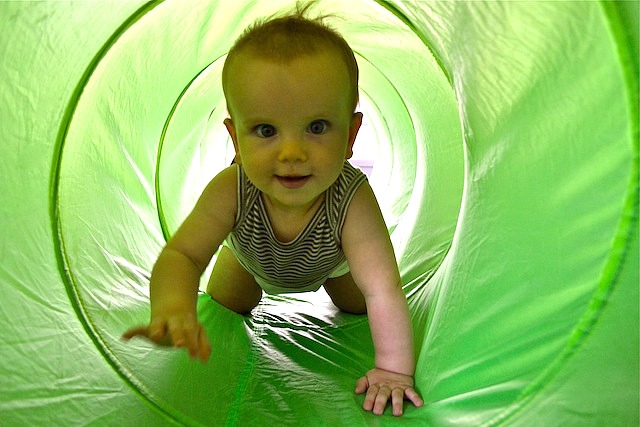 I haven't observed a child before with such a need to move. It's not about crawling but the need to be upright. Crawling is just a way to get somewhere to pull himself up. He spends half the day standing. Wherever. Whoever.

Our house was already (mostly!) child proof. Caspar has had to move some toys. I'm trying to break the habit of carrying him so much. It's amazing with the ability to crawl how much he moves around the entire house. Sometimes just from room to room.

His level of independence and self confidence has skyrocketed. Part of that independence is a separation from me. I am grieving that loss already. He's no longer my little baby. Eek, he'll be one soon.