Otis eating at twelve months. A day in photos.

Breakfast cereal in a bowl with a spoon. Otis eats around three-four mouthfuls before he starts putting his hands in the bowl. I feed him a little then remove the bowl and give him his plate. 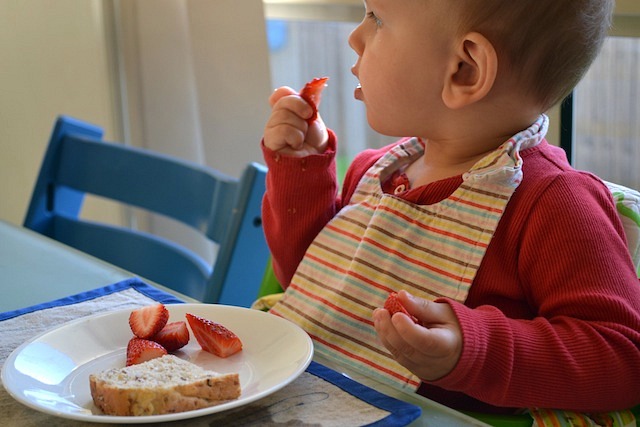 He eats the rest of his breakfast with his hands. 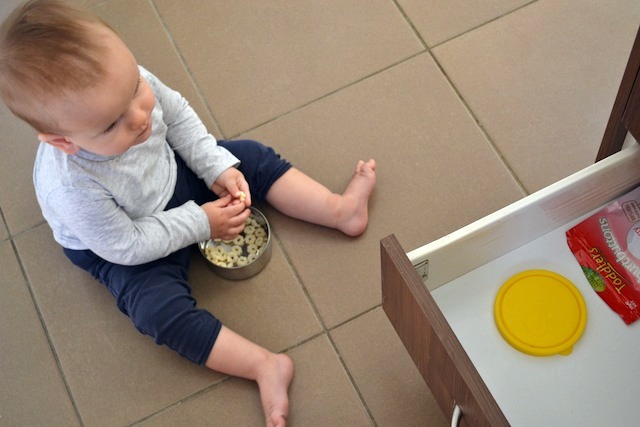 We take Caspar to school and come home to tidy the kitchen. Otis eats snacks from his snack draw. He's eating the green Organic Puffs from Happy Baby. 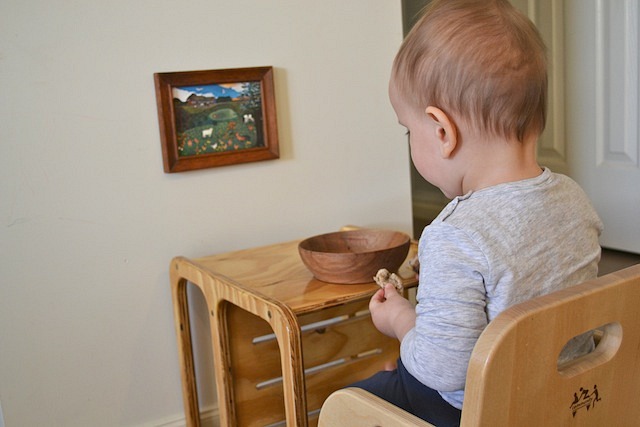 We are out of bananas so no banana snack today. For morning tea Otis eats some hot cross bun at his snack table. I have ordered a new chair for here. For the time being we use his Me-Do-It Chair that is kept in his room. Later Otis has his first breastfeed of the day.

We pick Caspar up from school. Caspar is always ravenous and eats lunch in the car on the way home. Otis eats luch at his snack table, he's having left over pasta and roast chicken. Often for lunch we eat at friends or have a picnic at home. Otis has another breastfeed in the afternoon. 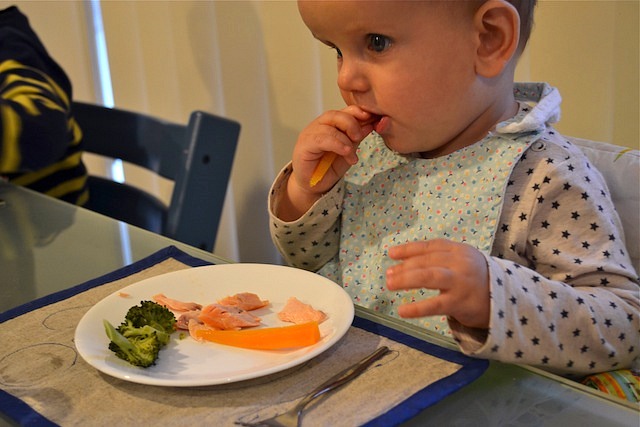 At dinner we encourage eating with utensils but we know hands are easier. He eats his vegetables with his hands and fish with his fork. 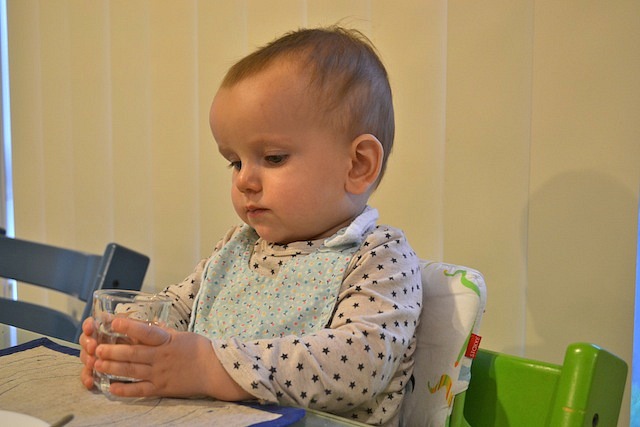 Otis drinks water from his glass throughout the day. He has some yoghurt later in the night with his Dad (most likely sitting on Dad's knee) and a breastfeed before bed.

I feel that pictures show what words cannot. I hope you have found this useful.

Oh, please check back tomorrow. I am featuring a new Australian Montessori Family. I cannot wait to show you their home. Honestly it the most fabulous home and I have had the privilege to visit in person. You are going to love it!