Grow your own Mushrooms!
Large prints for his room

Help me to do it myself - pouring a drink 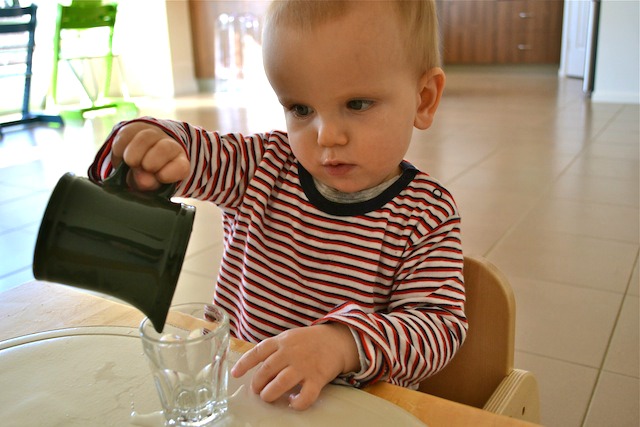 I thought twice about posting this. I was worried you might think I'm crazy. I know there were more than a few raised eyebrows when I wrote about Otis preparing his own snack. But you know this is a Montessori blog, don't be surprised by Montessori posts. When I've gone though my Montessori texts I've seen children much younger pour themselves a drink. No shock in seeing Otis do it. This goes to the heart of Montessori "help me to do it myself". Often Montessori goes against societal norms.

I didn't introduce this to Caspar until he was around eighteen months old. Caspar couldn't do it. He just couldn't get the water in his glass. One day I was watching Edison's Day. I think in the video Edison is around eighteen months old and I noticed the size of his jug, it was tiny. I went home gave Caspar a smaller jug, actually this exact one Otis is using and wow straight away Caspar could do it. It was a revelation - size does matter!! I would have given Otis a smaller jug if I could find one. I couldn't even find a suitable milk creamer which are often a good size for beginners.

This was the first time I have shown this to Otis. It was pure joy. He did it over and over and over. Pure joy! He drank a lot of water and got very wet in the process.

A couple of things to note; 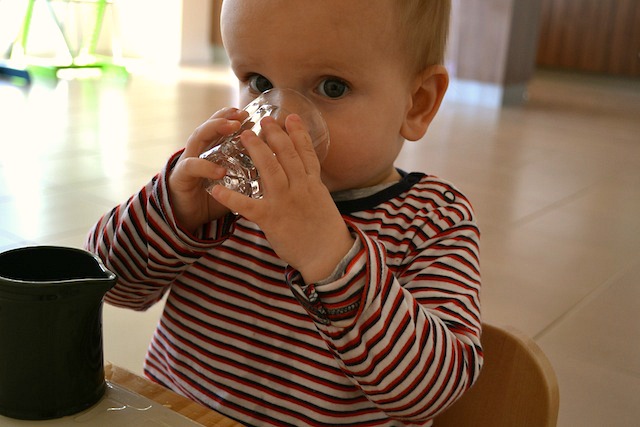 He has perfected the one handed drink. I know there will be a few people who try this at home. The photograph below is for you. It's one of Otis's first attempts. Yes, he missed the glass entirely. Don't feel discouraged, it only took him a couple of tries before he got it. 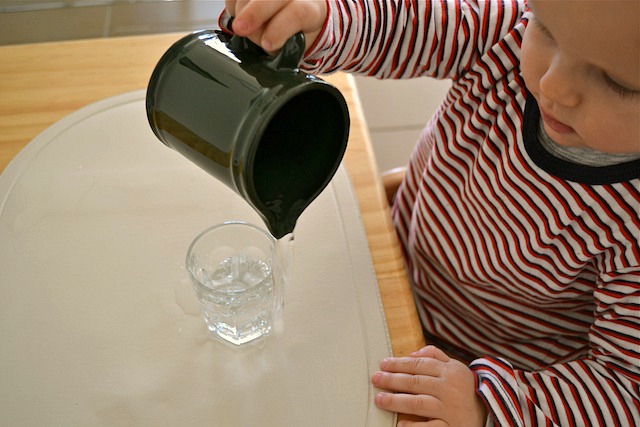