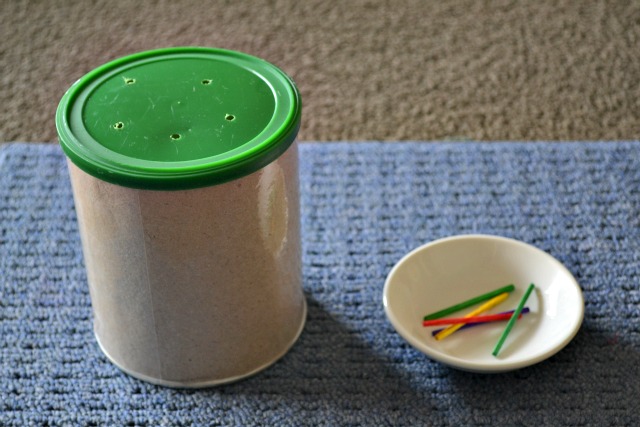 Aim: Create new activity for Otis using items already in the house in under five minutes.

Method: Drill holes in recycled containers and present with matchsticks for a threading activity. 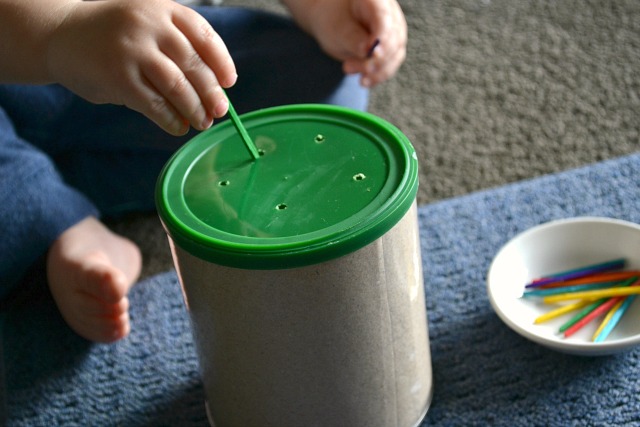 An oldie but a goodie! I almost feel silly posting something so simple but these are the things we do!

This container was recycled and could be used for so many things. It could be used for a coin box or shape sorter. Hannah recently mentioned in the comments a similar activity using blunt kebab sticks. Paddle pop or craft sticks would be good to use too, just cut the hole to size.

I thought about making the holes larger but when I gave it to Otis to try he had the coordination to get the sticks in. As I couldn't remove the label I covered the container in brown paper and contact. 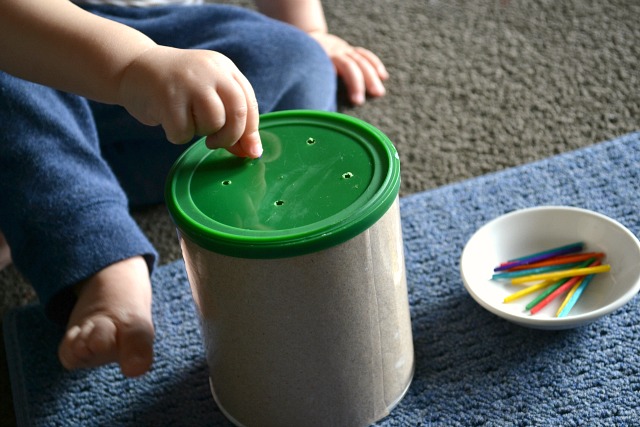 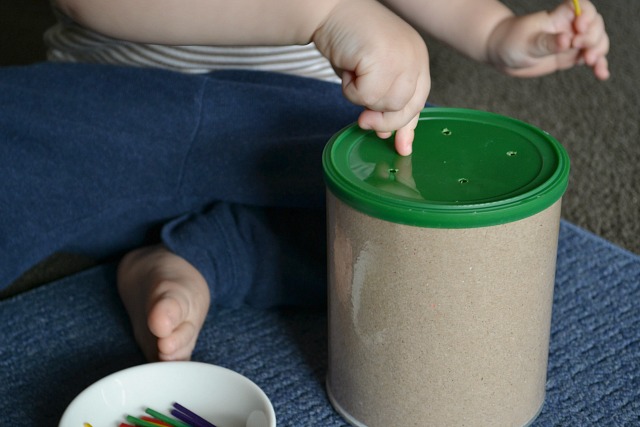 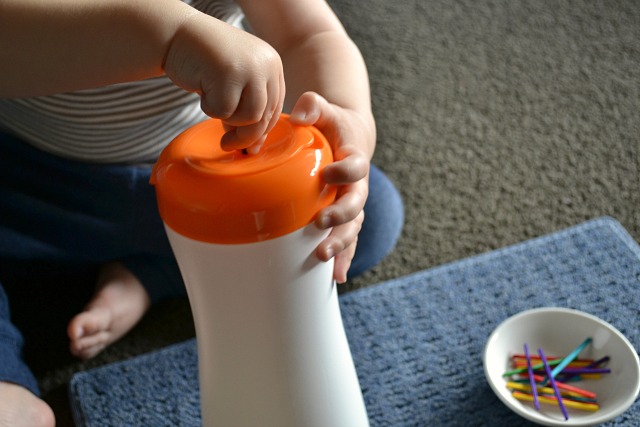 Not one to stop at one activity I drilled a hole into another container. This label was easy to remove. While this container needed to be held it was really easy for Otis to open, get the sticks out and close again - which he liked a lot and gave him satisfaction in being able to complete the entire cycle himself. 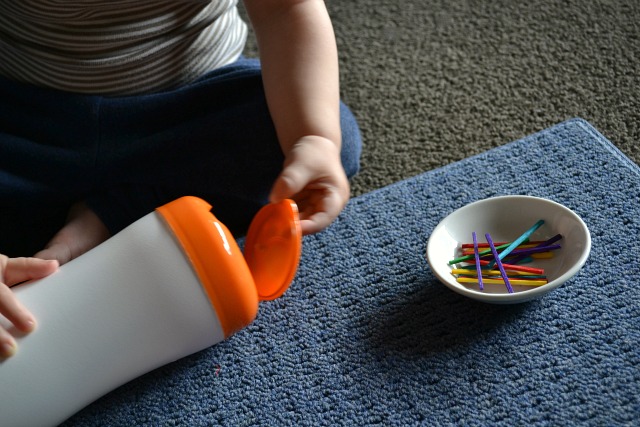 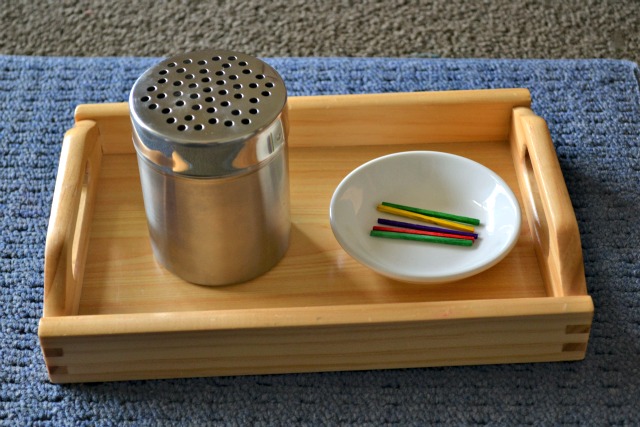 This is the same activity exactly as I presented to Caspar many years ago. Otis liked this but was disappointed that he couldn't open the lid. This stayed on Caspar's shelves for around a year, yes indeed it was a favourite. 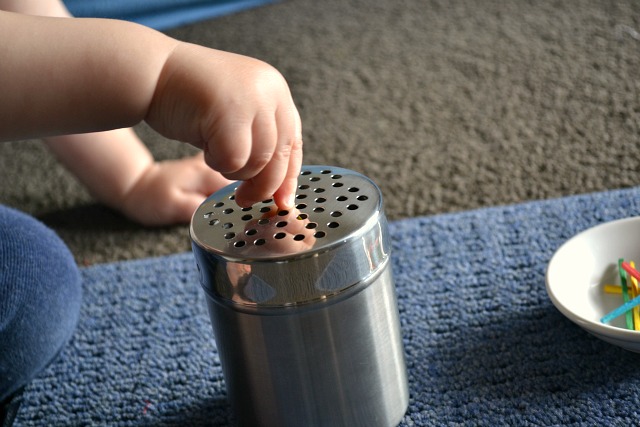 There are a few activities that I don't like to store in his room. I keep these activities in our living area where he can access them independently but while he is supervised. I doubt he would hurt himself with the sticks but I think it's better to be safe then sorry. On this occasion he did use them in his room but I was with him the entire time.