Montessori infant mobiles - would you like to contribute?
Babies, mobiles and Montessori inspired spaces

Playdough - tools or no tools? Are we limiting our children's creativity by overwhelming them with choice? By giving them too much? By dictating how they will play? Otis is still so young. So much to explore.

When I've given him playdough before, I've just given him plain playdough. Then recently with Caspar they started to use tools. The good old rolling pin and cookie cutters. Otis just copied Caspar. Then on another occasion out came some decorations - matchsticks, pipecleaners, you know the like. Once again Otis followed his brother.

Now on his art shelf Otis has a few tools with his playdough. But it makes me wonder. Perhaps he is better without them. To feel, to squish, to roll, to pinch, to create. I think I might put the tools away for a while and just see what he does. Perhaps teach him to roll a ball, make some snakes, go back to basics. 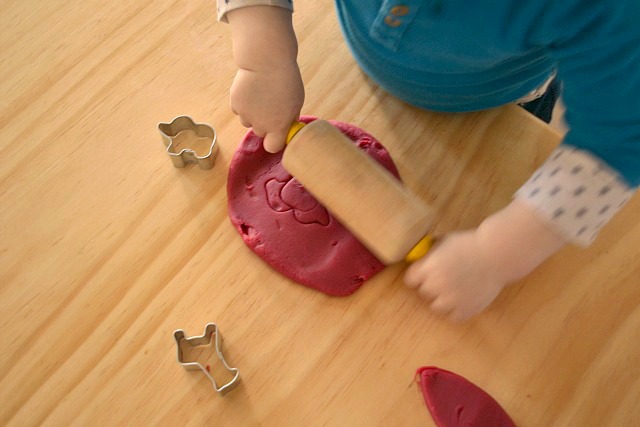 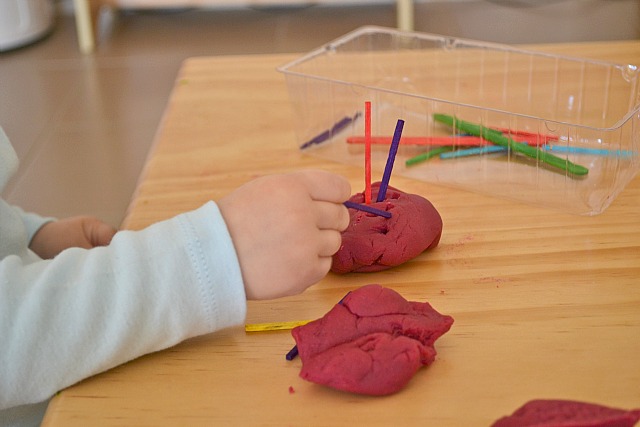 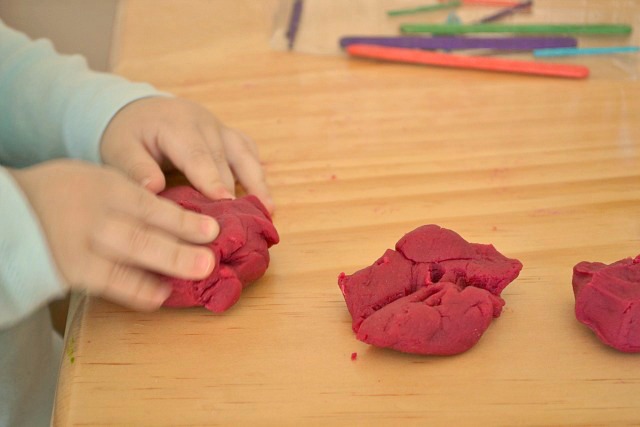 I love the colour of this playdough. I've used beetroot powder, still no problem if he decides to have a taste.