Infant mobiles - including some home made mobiles

This is my last collaborative post on mobiles (for the time being!). Thank you to all the lovely mums who have contributed photographs and stories. This post contains a lot of home made mobiles. Mums who have no Montessori training and some that do, making mobiles for their newborns to enjoy. I really like the variety here, not just the mobiles but how people use them and of course the environments that surround them. 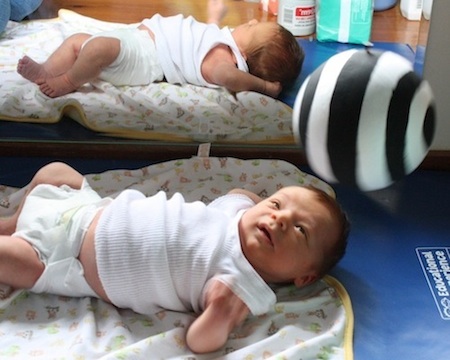 This is Van Oak at only ten days old. Amy made this mobile using some black paint, a polystyrene ball with a screw at the top. "He was engaged for what seemed like ages. At just over a week old! I know newborns are incredible, but even I was shocked. It wasn't long before he was doing his best to hit the ball and make it move. Purposeful (if uncoordinated) movement? Cool!"

I want to quote Amy some more because I think what she has to say is really important.

"I think it is important to realize that even those of us who are Montessori trained (and raised), can 'wing it'... that is when the developmental window of opportunity for these experiences demands. The important part is to read up on the 'what' and 'WHY' of the child's immediate developmental needs and then to present what you can." 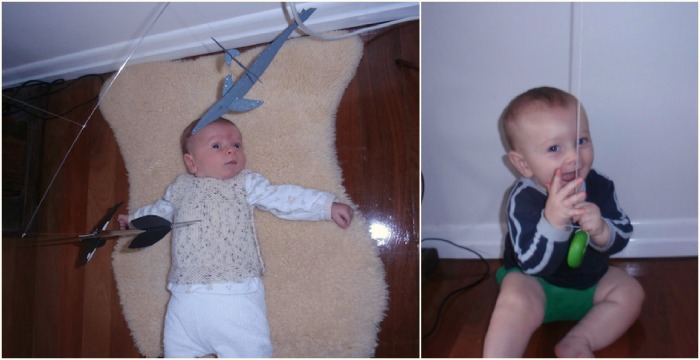 This is Charlie with his Whale mobile (from Michael Olaf) at six weeks and sitting up catching the ring mobile at seven months. Emma used the mobile hanger from Michael Olaf which she found really useful as they co-sleep and had the benefit of moving the mobiles around. I think here the hanger is attached to the side of the sewing table, what a great idea!

This is Mavry with her Munari, Whale, Gobbi and Bell mobiles. Lela made all the mobiles herself and dad Colin made the wooden toy hanger. Lela shows how wonderful homemade can really be. You can see more of Mavry's mobiles and read about how Lela made them here. You can read more about the toy hanger and Mavry's grasping mobiles in this post, there's even a cute video of Mavry batting at her bell. 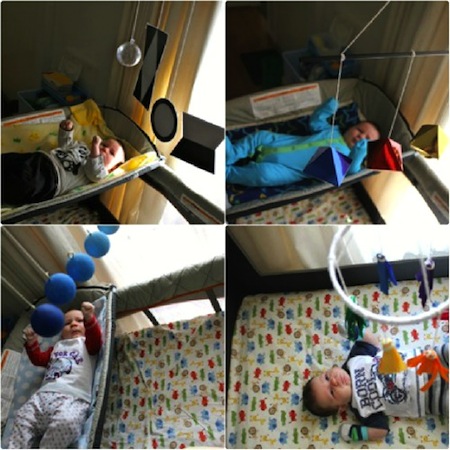 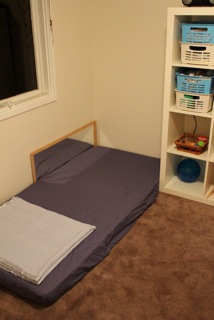 This is Tiberius. How lovely to know Tiberius is the youngest of three with two older sisters. Grace made all of these mobiles herself.

He's pictured above with his Munari, Octahedron, Gobbi and other colourful mobile.

I just had to include this little pic of his floor bed/movement area. It's nice, simple and practical.

If you are interested all of our infant mobile posts can be found here.

It's been my absolute delight to receive such precious photographs and I have to say at times had me wishing to do it all over again!