Little things that make a difference
Are Montessori children exceptional?

A wind chime instrument for our sensory garden 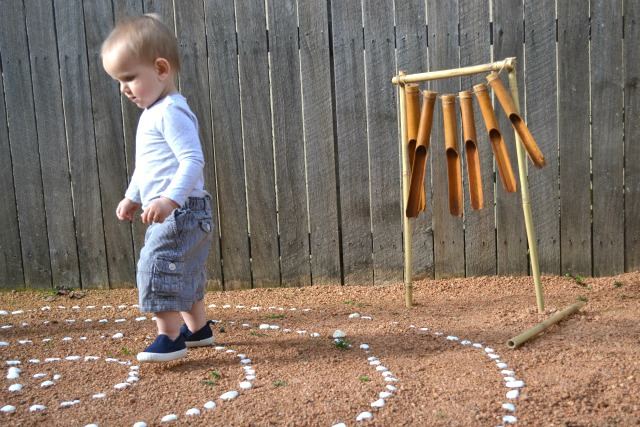 Sound was an element missing from our developing sensory garden. Well, there is the crunch of the gravel when you walk. When our wind chimes broke I immediately sent Kate a picture asking for ideas.

The bamboo parts were intact. They were previously strung to a coconut shell which broke. 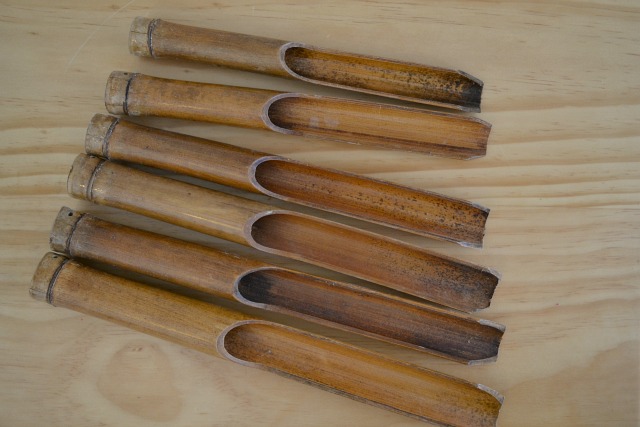 I threaded them together with some twine using a large embroidery needle. I looped back around each piece of bamboo so they would stay in place and wouldn't slide on the twine. 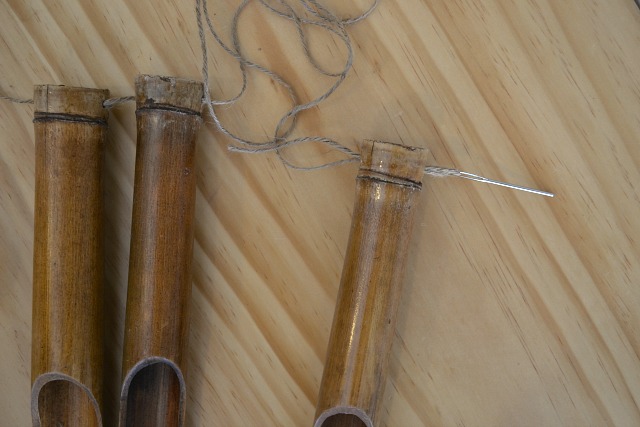 I created a stand by nailing three pieces of new bamboo stakes together. I had previously used a hand saw to cut the stakes to size. I then firmly tied the bamboo chimes to the stand. I gave the children some left over bamboo to play the chimes. 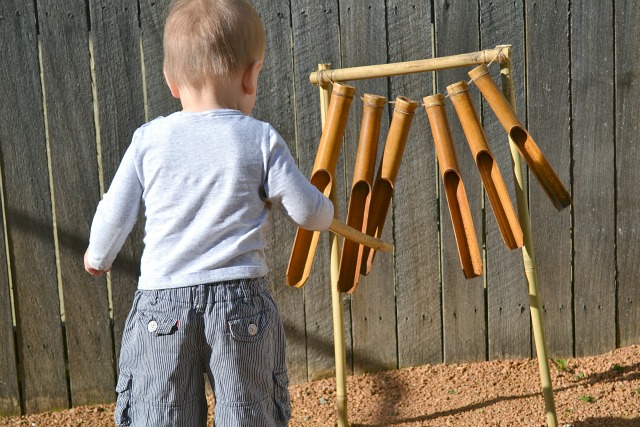 The next element I'm working on is water (which may just add some sound too). I'm thinking of a water wall using bamboo instead of guttering or pipes, let me know if you see anything similar.