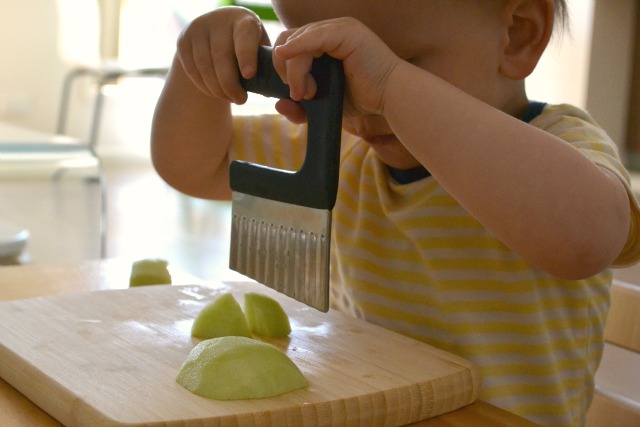 I love to see a child do something for the first time. Otis has tried cutting before but it hasn't worked so well. Often he would eat the fruit and not see the point of cutting it. He struggled to hold the cutter.

Today he got it and he got the point - it's so much fun. He got on a roll and cut his apple into small pieces. 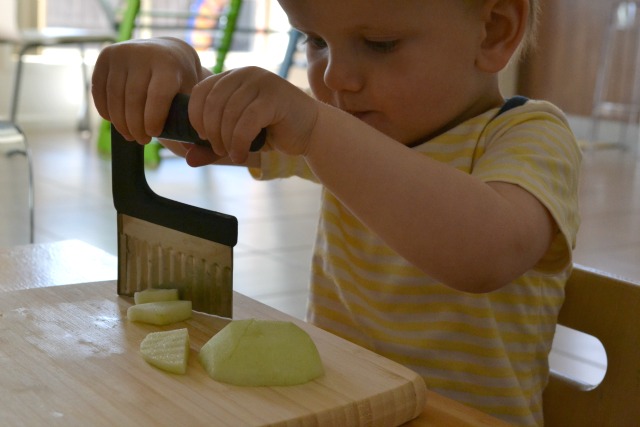 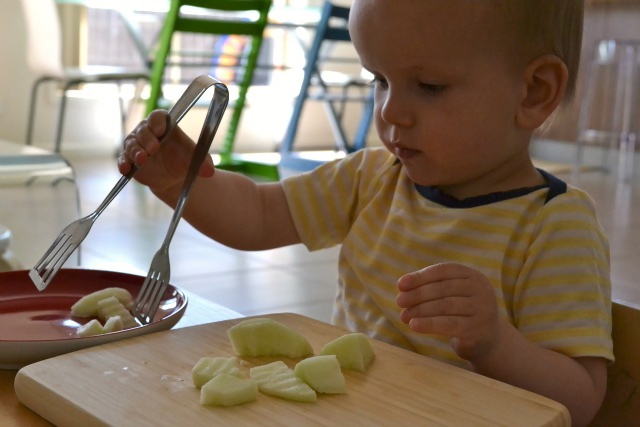 Otis has used tongs before but today was able to put it together - slicing then transferring onto a plate. 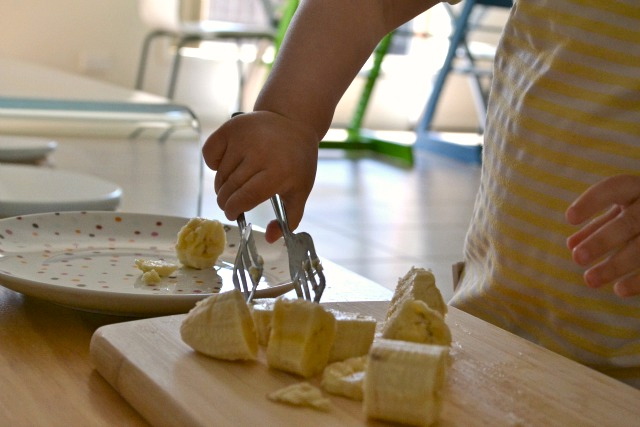 I found peeled apple the easiest. Our bananas and strawberries got mushy and Otis didn't want to eat them. I think steamed carrot would be a good option for him to cut at dinner. I think they will be soft enough for him to cut without being too soft and it's a way he can contribute to our evening meal.

Otis has tried cutting with a small child sized knife and an ordinary butter knife. Using these the food got mushy as he couldn't hold the knife at the right angle. It was more like he was hitting the food. We'll try the butter knife again soon but for now I want Otis to enjoy his success with the crinkle cutter.

Later in the day I picked up this red crinkle cutter which Otis used to cut raw carrot and celery (for soup!). As it's smaller Otis has greater control over it and it will be our preferred cutter for now. 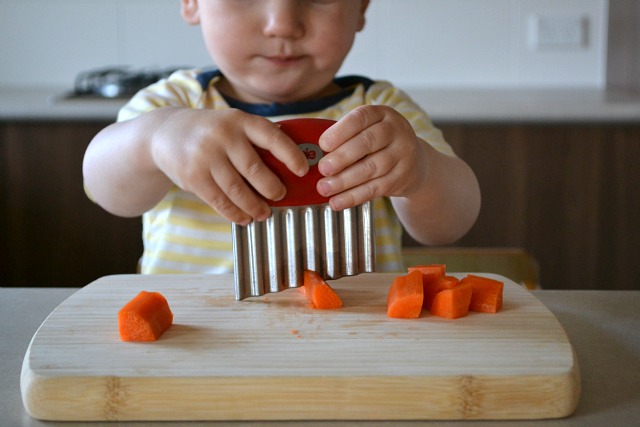 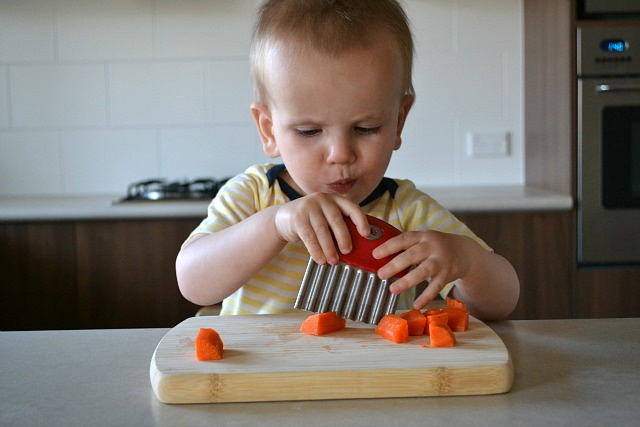