On being 'not so' available
Fun Colour Window Shapes 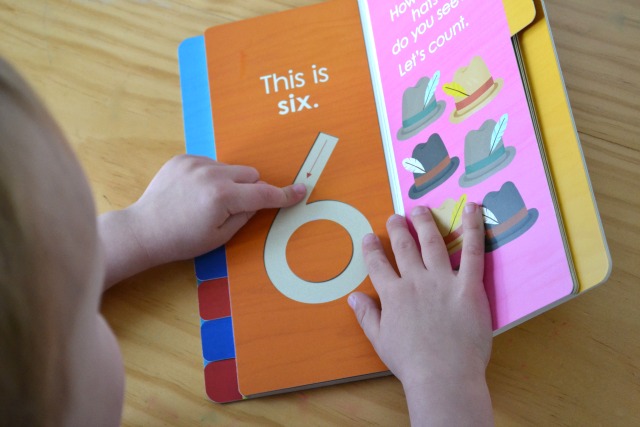 Learning to write can take a long time. From being able to hold the pencil to writing each and every letter can in my experience take years.

Caspar was three when he first started using the sandpaper letters. Now he's more interested in writing words and I know at school he likes to use the moveable alphabet. So I thought he was past the sandpaper letter stage. This was until I sat down with him to do some work together. I noticed that he wasn't writing most of his letters and numbers correctly. Some he was writing quite oddly. The only way I knew to rectify this was to go back to the sandpaper letters.

I recently received this review copy of Montessori Number Work and it does the trick. The book is ideal for a younger child who is learning to count and work on number recognition to someone like Caspar who is learning to write the number. Each number is slightly textured so this book and Montessori Letter Work make great affordable at home alternatives to the sandpaper letters and numbers.

Why I will also love these books for Otis is because they have that great Montessori ethic. They are beautifully illustrated with suitable and realistic images (not so much like one counting book that has Otis counting lollies... yes lollies).

Six was one number that Caspar was writing strangely so it's nice to re-visit and using the book he gets it right every time. 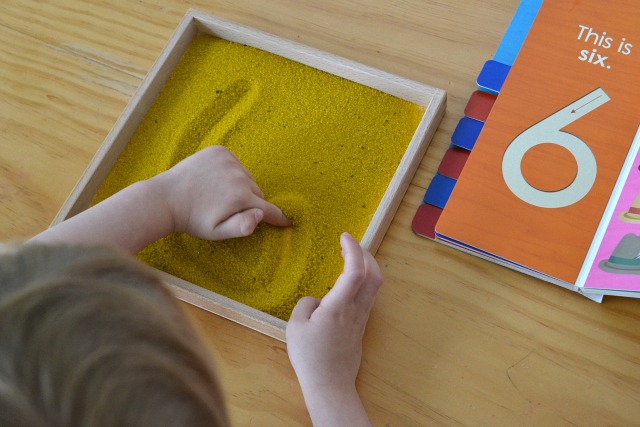 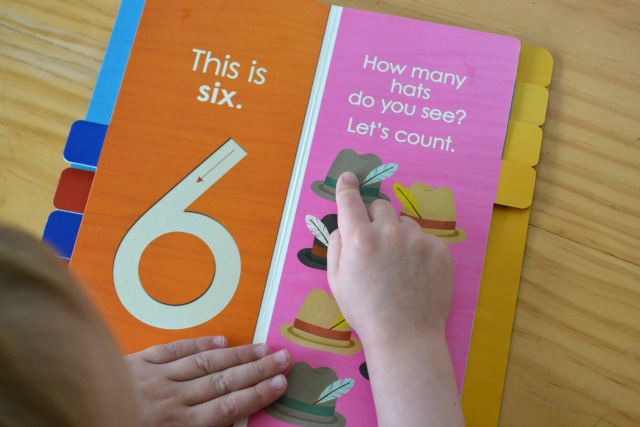 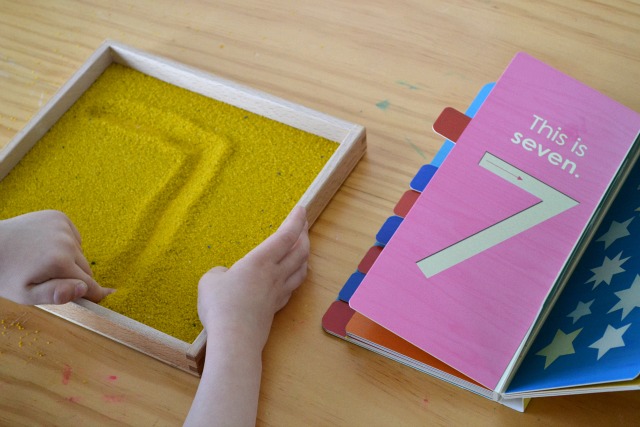 Eight can be a little tricky. He actually stopped half way though and had to go back to the book. 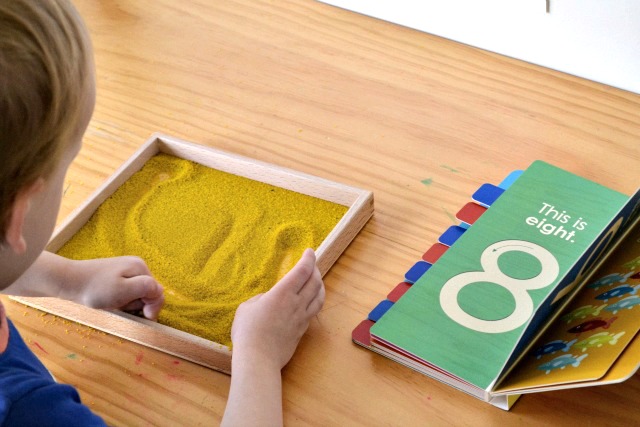 This was a really good lesson for me. It's easy to think that because Caspar has good letter recognition and is starting to write words that he's past using the sandpaper letters. It was also a good lesson for me in observation. I know I've slacked off on observing Caspar (it's hard with a toddler around) but it's just as important now than ever.

I'd love to hear a teacher's perspective. At school is there ever a time for a student to re-visit the sandpaper letters/numbers or would you take a different approach? I'm also thinking about getting a moveable alphabet, what do you think, a good purchase for use at home?