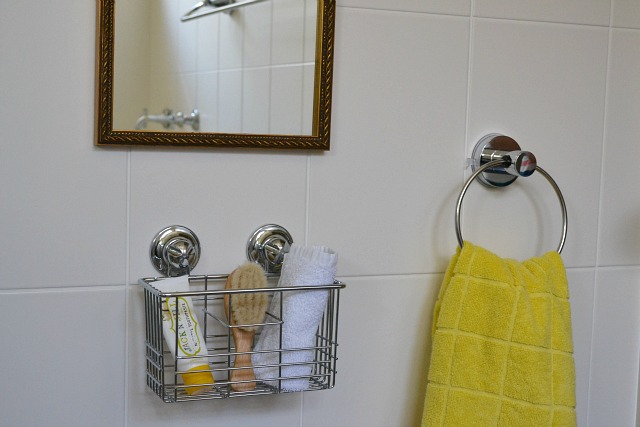 The eighteen month mark is a significant one in my mind. It feels like it's the change from baby to toddler. Previously I would hold Otis (have him on my hip) as he brushed his teeth, so that he could see the mirror and often I would brush my teeth at the same time. Previously his mirror was in his room, but now the two boys are in the same bedroom there is no room for it. We have recently put his mirror in the bathroom and made some additions to make teeth brushing easier.

Along with the low mirror we have used some accessories (they are temporary and movable using suction to adhere to the tiles) - a basket and towel ring. It's easier for Otis to access his toothpaste, hairbrush and hand towel. 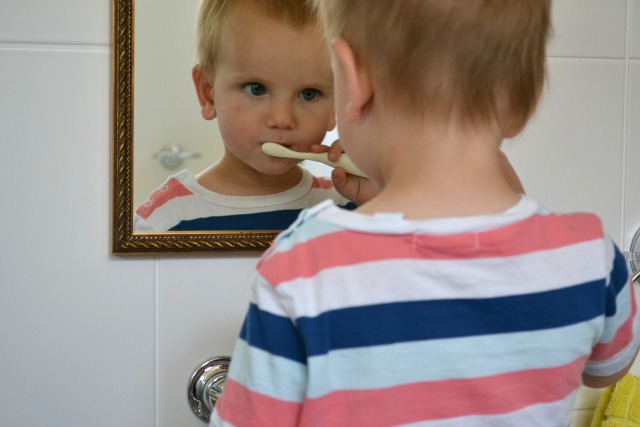 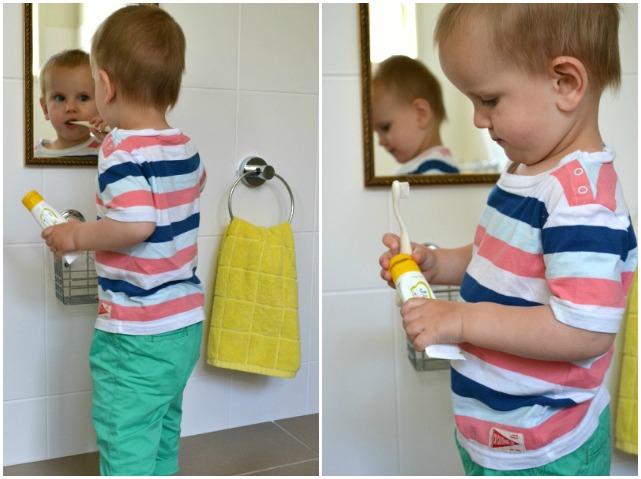 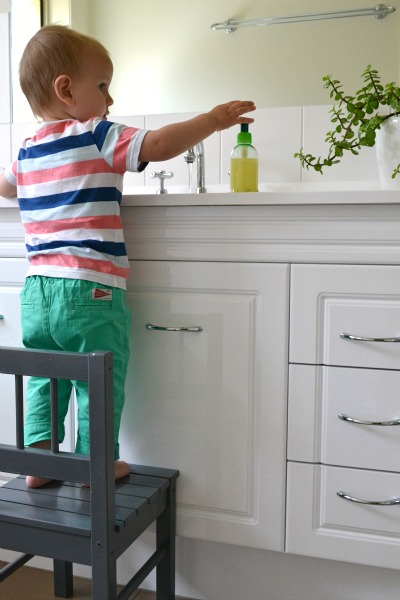 .
Otis uses a small chair to reach the basin. He cannot reach the taps. The soap is in a small dispenser so it's easy for him to use. He can reach the water coming from the spout so he can wash his hands.
. 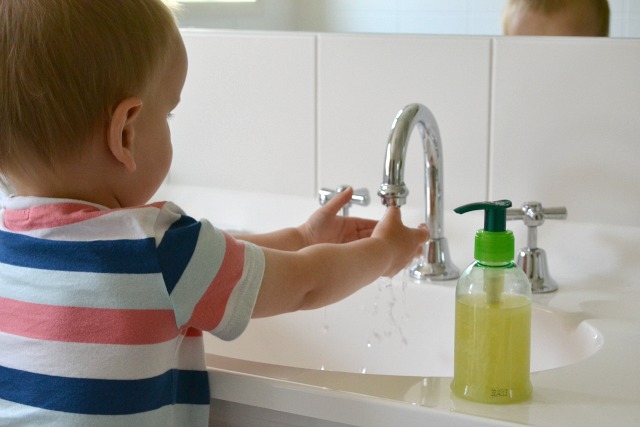 .
On the basin we have a pile of small towels, a small bottle of bubble bath, another tube of toothpaste, a silicone finger brush and Caspar's toothbrush. The silicone finger brush is for Otis's teeth, I use it with him in the evening after he has brushed his teeth, it's the best way I have found to ensure his teeth are clean. The finger brush is made by a wonderful Australian company that makes the natural toothpaste and compostable toothbrushes.
.
Next to the bath we have a basket of sea animals, a cup for pouring (and hair washing), water wheel, bottle of hair shampoo and bottle of body wash. We had a similar set up when Caspar was little. We no longer have this set up but have two pump bottles which are easier for those little hands. After this post I took Carly up on her offer of the MOP Pear Shampoo (for infants and toddlers) so we don't use any conditioner. 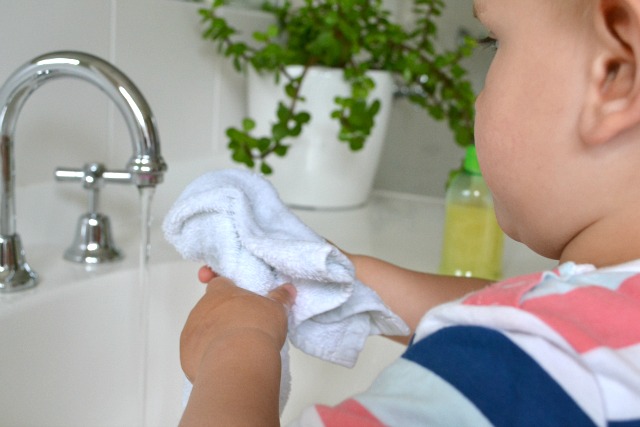 This little bottle of bubble bath is an idea I got from school where they use small bottles (such as this) for dispensing dish washing liquid. Not only is the bottle easy for the young child to hold and squeeze it also saves the child from emptying a full bottle in one go. It makes bath time fun. 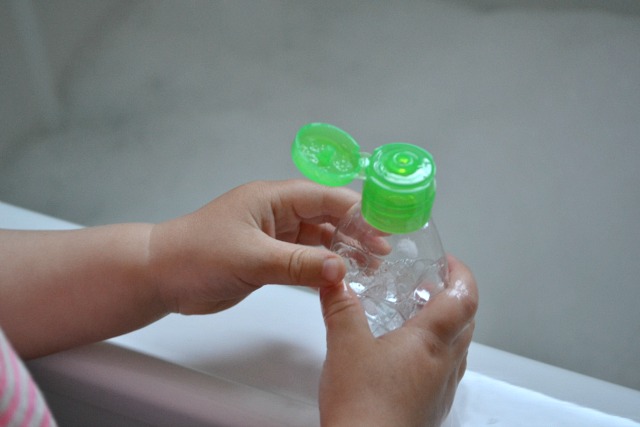 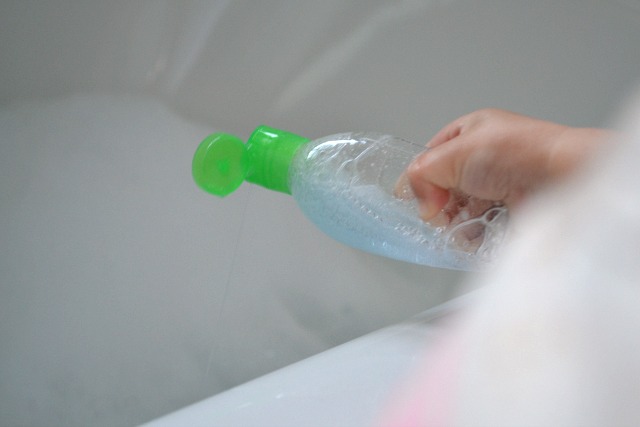