Mops and brooms!
Reasons why I love Lego

I avoided this because I thought it would be a disaster... I was wrong. 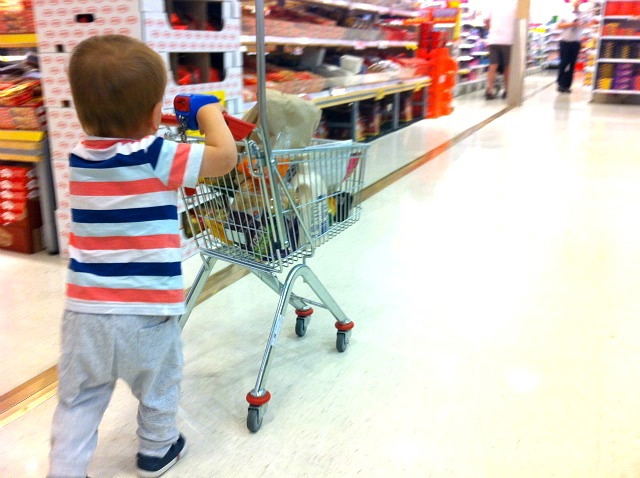 I recently wrote about my greatest toddler frustration.Tammy left a comment fondly reminiscing of using a child sized shopping cart when she was young and wondering why no one has them anymore. Our supermarket has those carts and I had allowed Caspar to use them before but not Otis.

Why not Otis? Because I thought it would be a disaster. I thought he would run into people. I thought he would put random objects into the cart. I was wrong. It turned out to be a really good experience. Otis was super serious, I think steering required a lot of concentration. It's such a great way to involve a toddler in shopping, they can actually help and actively participate when they can reach to get items off the shelves and put them into the cart. I have often wondered if children (especially toddlers) act out in supermarkets because they are bored. This is a great way to alleviate boredom.

Perhaps not so easy when doing a big shop or during peak times but we'll be doing this regularly from now on. Thank you for putting the idea out there Tammy.