What we do on a Sunday afternoon...
Today at Montessori Parent-Toddler

My greatest frustration with a five year old 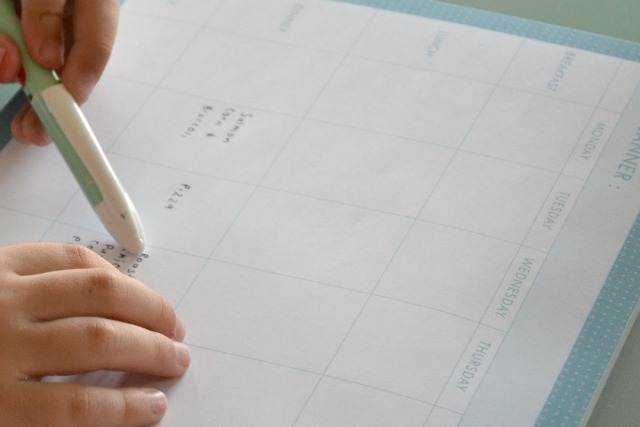 Last week it felt freeing to write about my greatest frustration with a toddler and to know that I wasn't alone. So what is my greatest frustration with a five year old? It is not listening, not putting shoes away, not brushing teeth when requested? No, it's dinner time.
.
"What is that smell?", "That's not my favourite", "I'm not eating this". I hear it so often. The negativity that arises around dinner time really weighs me down. It's real rejection when someone won't eat the food you have taken time and care to prepare.
.
I soon realised it wasn't the food that was the problem. It was the lack of predictability and consistency. While Caspar will shop, select ingredients and cook with me there were many times when he would come to the table not knowing what was for dinner. That needed to change. I've started meal planning. Only 3-4 days in advance. The planning really isn't for me but for Caspar, so he knows exactly (give or take a few ingredients) in advance what is for dinner. When trying new meals I have found it helps if some part of the meal is familiar, be it a side dish or the vegetables. If Caspar isn't familiar with a food/meal it has helped to show him as I'm cooking or even to show him the raw ingredients in the refrigerator. No surprises - he now knows exactly what we will be eating.
.
I often find it difficult at the end of a long day to be consistent. Sometimes I would allow him to leave the table without eating any dinner. Then of course he would snack later that night. While I don't want to force him to eat, unless there is illness or some exceptional circumstance there is now an expectation that he will eat what is on his plate. Usually it ends up with some negotiation but over time the negotiation has lessened as he has become familiar with the expectation.
.
Depending on the meal it sometimes helps if we have a self serve set up and he can decide how much food is put on his plate. I also find conversation a useful distraction. While conversing his mind is taken off the meal and onto the topic of choice - next thing we know dinner is over and the meal is eaten. Joy! Of course it wouldn't be a problem if we could just eat pizza every night.
.