They don't have to be neon...
Handmade Gifts - Bath Crayons 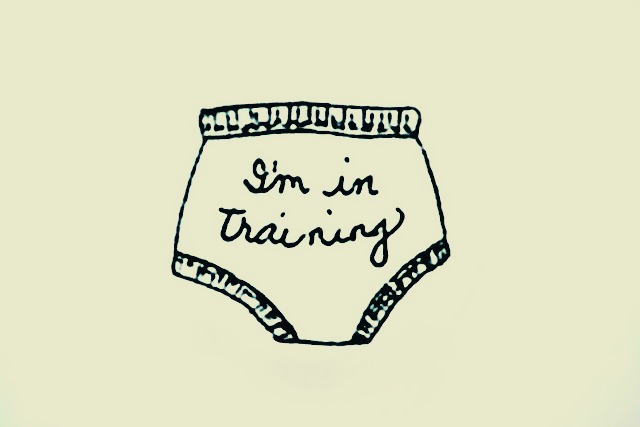 Otis often makes messes or has accidents but some days it's worse or more public than others. This morning it was on my bed, last week it was three puddles at our parent-toddler class. Mostly I just get on with things, I never make a fuss. He's getting it.

So where are we at? Otis has been using the potty at home for many months now. At home he will usually go without pants or have under-pants on. If we have just been somewhere, are about to go out or have guests over, Otis will wear pants/shorts. Remember it's summer here. At home he will usually make it to the potty but there is at least one accident a day, sometimes more.

Beware of the under-pant obsession. If it doesn't have a car on it - Otis won't wear it. 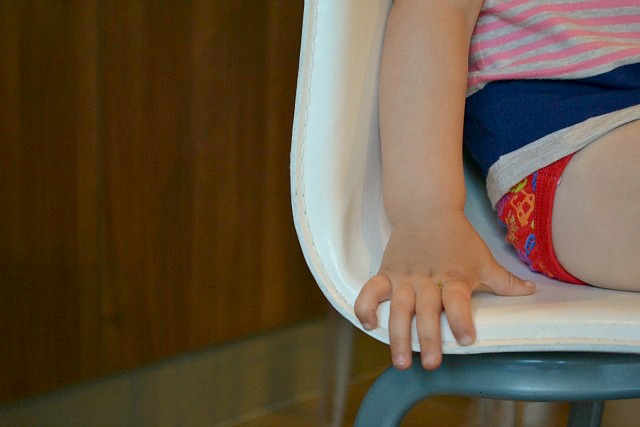 Emptying the potty is a big deal. Otis takes great pride and care in taking the used potty to the toilet, emptying it and wiping it clean. Then the fun of flushing the toilet just like a big boy. He is also super inquisitive about other family members using the toilet. I think most toddlers are like this, exploring what goes on around them. Toileting at home - Phase One complete! 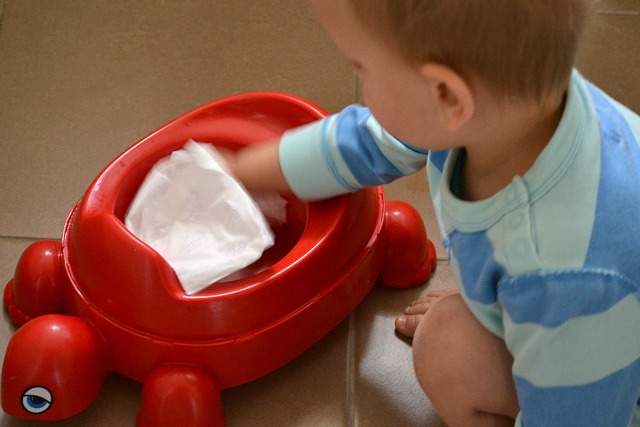 We are currently working on Phase Two - toileting away from home. When we go out Otis usually wears training pants. The only time Otis wears a nappy is at night. As Otis doesn't always makes it to the toilet while we are out the training pants capture most of the mess.

Before we go out I will have Otis sit on the potty. Often he just gets up and walks away. If I know he really needs to go I will give him a drink of water while he sits on the potty. This is the only way I have been able to get him to use the potty on cue. There is something about having a drink that automatically makes him go. It's working. I keep a potty in the car and if I still feel like he needs to go I will often ask him to use the potty while we are out. He never has. This might not work for him. If we are at a friends house or at school I will take Otis to the toilet on arrival (if it's been a while since he has been) or when he gives me the indication that he needs to go (usually reaching/touching his pants). So we have some success while we are out but it's definitely requiring work and attention.

Phase Three is at night. Otis wears a nappy at night but often he takes it off. On his bed he has the puddle pad under his sheet. During the day he will usually wake and need to go to the potty straight away. I think night time toileting will happen soon and naturally as Otis starts taking his nappy off more and the use of the potty increases.

Toilet learning is an area where we haven't done it by the book. We've struggled at times and I'm simply explaining how it's working for us not how I would recommend it to others. We're finding our way. If you are looking for ideas or recommendations how to approach toilet learning here are some of the best tips I've ever read.

You can read about some of our experiences on toilet learning;

Travelling with a toilet learning toddler

We will be travelling again this summer but I'm not feeling hesitant. There will be times when Otis will need help/a change of clothes but I'm actually feeling confident. The red turtle potty was picked up during our last travels and it has become Otis's favourite. It might be travelling with us.

How are you going with toilet learning? I don't actually know of anyone at the same stage as us. Most children we know have successfully learned toileting at a younger age or the parents have decided to wait until a later age before they start. People are either shocked because we have started so early or think we've started late.