What is a 'Sensitive Period'? What should we expect at two years? 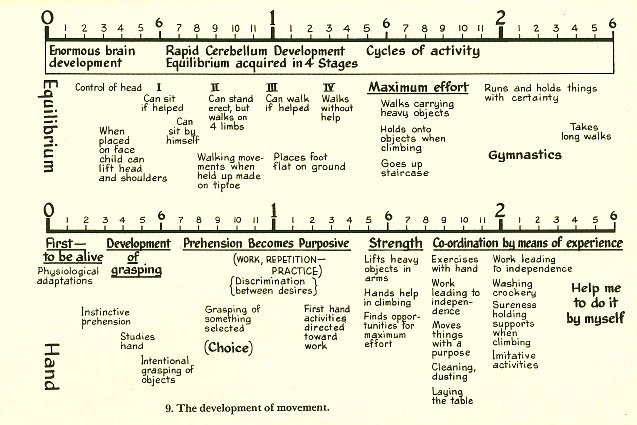 What is a 'Sensitive Period'?

Through observation Maria Montessori discovered the stages of development that all children follow. She found that children go through very specific and well defined periods of interest in certain areas of their development.

During each of these time frames, varying in duration from months to years, the child is so focused on the particular development that he will ignore other phenomena previously of great interest to him. His energy level and dedication to his single-minded task are extraordinary but terminate just as abruptly as they began. Montessori called these intervals Sensitive Periods. - Montessori from the Start.

When parents and teachers recognise and take advantage of the sensitive periods through which children pass, they can become more effective in supporting their learning and development. - How to Raise and Amazing Child the Montessori Way.

What should we expect at two years?

At two years a child is in the sensitive period for;

Some of the other sensitive periods include;

I'm reminded not to forget the sensitive periods for Caspar at five years. This week he has spoken specifically about two items of work from school - the number roll (he calls it the thousand roll) and subtraction (I think he's been using the Subtraction Strip Board). Sensitive period for mathematics anyone? 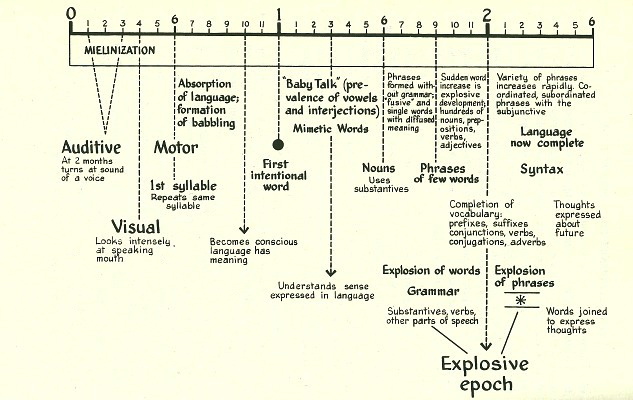 Pictured are Montessori time lines for development for movement (top) and language (above) from The Absorbent Mind. The time lines run from 0 (birth) to two years and six months.