A reluctant reader and writer or just an average five year old? 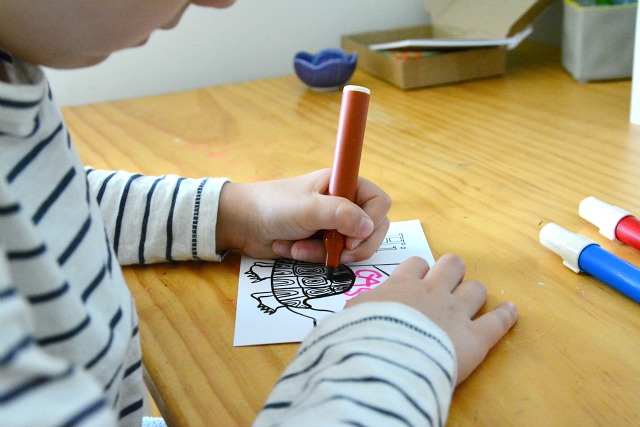 .
At the beginning of the year Caspar stopped reading his school readers at home. I didn't think much of it at the time. We still sat down together it's just that I was the one reading and Caspar was listening. Nothing to worry about, right?
.
I always thought that because I was an attentive parent who loves reading and writing, that my children would love reading and writing too. I can't say that Caspar doesn't love it, he just doesn't want to do it in the way I expected. I know my expectations don't meet reality. Caspar won't sit down and write a story, but he will copy facts. Caspar won't read his school reader, but he will read comic books.
.
I'm learning how to follow the child in this regard and it's hard. Speaking to Caspar's teacher helps. Caspar's reading and writing is far more advanced at school than I realised. He spends so much time and energy at school by the time he comes home all he wants to do is his own thing. I can't dismiss his work just because it's not what I had in mind.
.
I've also come to the realisation that I have been actively encouraging Caspar to read and write and it isn't helpful. He doesn't need encouragement he needs me to back off. He needs me to stop asking. He needs me to support him with trips to the library (for his researching and fact copying), he needs paper and journals and pens, textas and pencils. He needs postcards not letter-writing paper. He needs comics. He needs peace, quiet and uninterrupted time in a cosy corner (usually in his bed underneath his blanket). He also loves and needs quizzes and crosswords.
.
I am ever so grateful that Caspar is in a schooling system where he is allow to work at his own pace. My instincts tell me that if pushed Caspar would withdraw. If he was made to read and write he would resent it. I don't really think he is a reluctant reader or writer - I think he is learning in his own time in his own way.
.