Independence in the Kitchen - and getting 'that' feeling

I feel sometimes in my home I am a little tokenistic in promoting independence. Often I give my children tasks just to keep them busy or out of the way. No more so than in the kitchen. Often I find myself taking over their tasks just to get the work done, to get the cake in the oven or dinner on the table.

Recently I have started preparing food tasks like this. All the ingredients and tools needed on a tray, placed on a low table. The kids cannot resist. Most times Caspar takes charge. Today there was only Otis. He couldn't go wrong. It didn't matter that the banana wasn't well mashed, it didn't matter what order the ingredients went in, it didn't matter if it wasn't completely mixed. Besides putting it in the oven there wasn't a thing he couldn't do - completely independently. 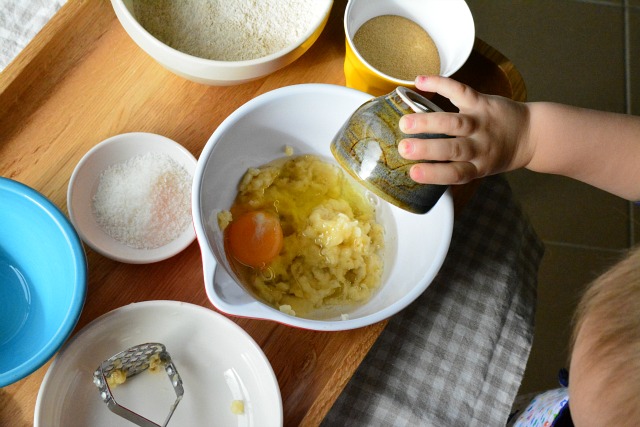 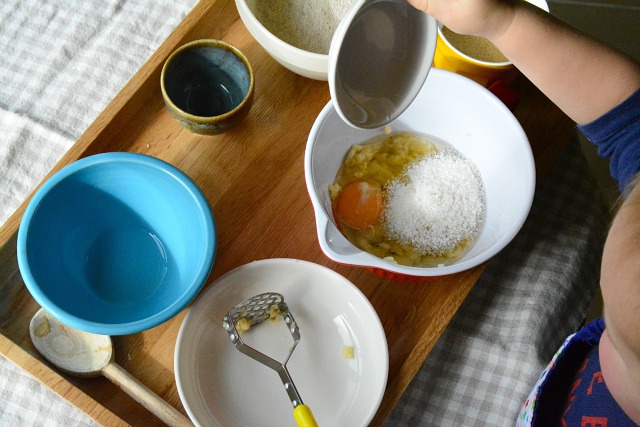 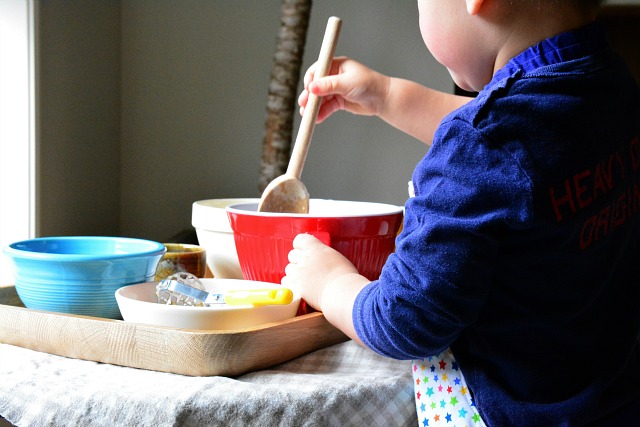 .
Besides being nervous about the mess he could make or the spills that could happen it was easy to step back and let him go. 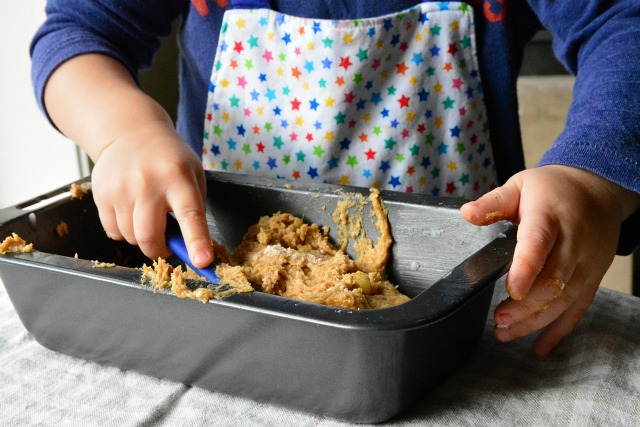 .
I haven't shown the flour on the floor or Otis' face covered in batter from taste testing.
. 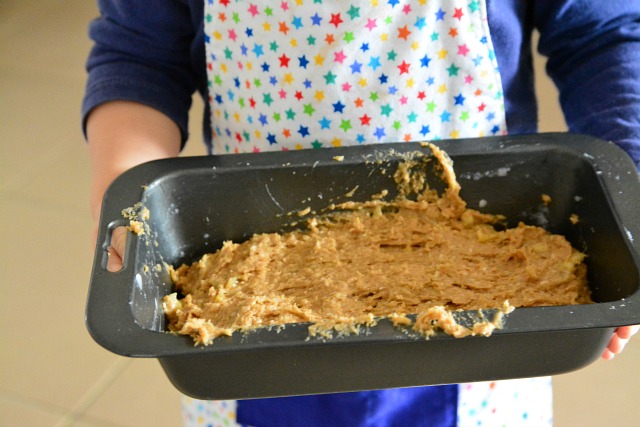 .
He didn't help to make it. We didn't make it together. He made it himself. 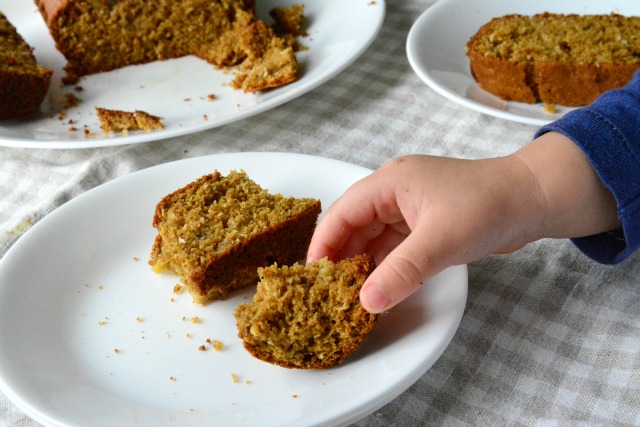 .
P.S. Over the weekend I spoke to several teachers on the food activities they have in their classrooms. A couple of Cycle One classrooms (3-6 years) have bread making. One teacher has pasta making in her toddler class! Another toddler class has chickens so the children can collect the eggs, boil them on an electric stove top (with help and supervision!) and then peel, slice and serve. How wonderful!
.
Edited 13 June. The ingredients here are similar to the banana bread recipe I posted earlier, I've just simplified it for Otis. He has spelt flour (approximately 1 cup white and 1 cup wholemeal although about a quarter of a cup ended up on the floor) and I've already combined it with natural baking soda (1 teaspoon), rapadura sugar (less than half a cup), banana, coconut oil (around a quarter of a cup), dessicated coconut and an egg. I tend to use what I have so the ingredients we use change almost every time. When using coconut oil in baking like this I find it best eaten fresh as it firms when refrigerated.