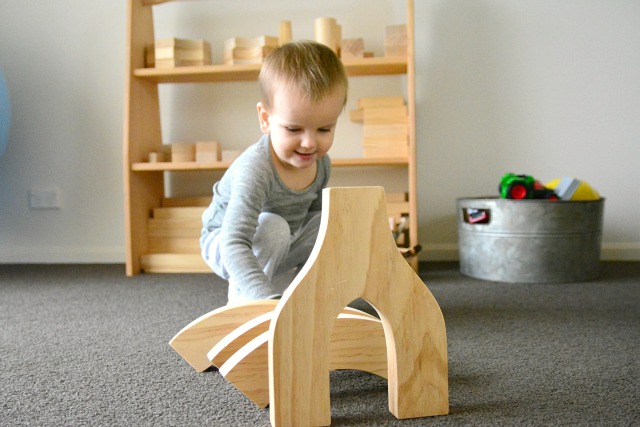 I have never taken Otis to a Child and Maternal Health Nurse. He came home from hospital the same day he was born. A nurse visited two days later to check on and weigh him. That was the last time he was weighed. If I were concerned about an area of his development obviously I would seek professional advice, but so far so good.

After being a huge worrier with Caspar (my first child) looking at percentiles and reading where he 'should be' I know it doesn't help at all. I think the only time I started to feel concerned with Otis was with crawling and walking, while I knew he was within a normal range I became impatient waiting for these milestones.

At 27 months what is Otis doing?

As Caspar has speech pathology, speech is one area I have a particular interest in. I have read that by this age the child should be able to say 50 words. Otis can say much more than this so I'm not counting. He is clear and easily understood by others. He knows his name and the names of people around him including teachers, Caspar's friends and their mum's names. I feel his comprehension is good, he has an awareness of today, tomorrow, morning, night. He can follow commands with two or more steps and knows up, down, forwards, backwards, over, under, on, off. He uses his name and will also use I, me, my, mine. He also uses the possessive terms of Otis's, Caspar's, Mummy's and Daddy's. He can visually recognise his own name and Caspar's name.

Otis brushes his own teeth but we check go over them once he has finished. Otis feeds himself and often prepares his own snack and tells us which foods he would like to eat (usually pizza and pasta). He can put his underwear and pant on himself, although often he puts two feet/legs in the same hole! He can also put his shoes (velcro) and socks on by himself, although he often gets frustrated and will ask for help on the second shoe. He is toilet trained day and night, although still has 'accidents'. This requires patience and I'm not entirely sure why they occur, sometimes he is somewhere new but sometimes at home too.

Otis enjoys sorting, matching and sequencing. He loves to sing and knows words and actions to songs. He has good anticipation and will often finish my sentences in well known books or songs. He understands big and small. He loves imitation and will often pretend play as a garbage truck, courier or pretend to talk to someone on the telephone. He will often imitate his brother drawing or working at his desk. He understands basic actions and consequences. His attention span varies greatly. He loves books, can follow and answer questions about a story line.

Otis has really good hand-eye coordination, he enjoys puzzles, threading, building and can confidently use scissors. He can confidently throw and kick a ball. So not good with catching. He can jump with both feet together. He loves his trike, will use but not often his balance bike. He will scoot around on the tricycle with pedals but does not use the pedals. He can turn the pages of a book one at a time but not always. 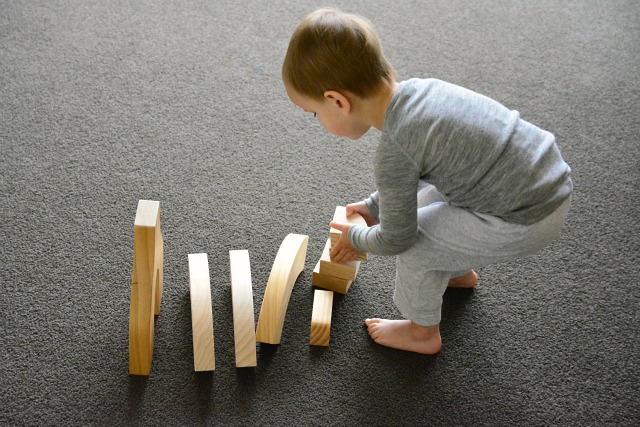 Otis is still at the age where he will play alongside other children. He has learnt to take turns or wait until another child has finished using a toy through school. At home there is less sharing however Caspar is old enough that he can manage the situation. I believe Caspar's ability to manage not only snatching but also interrupting or poor behaviour stems from school. Caspar has (on most occasions) the right words to ask Otis to wait or take turns. Otis is physically intimidated by other children even those much younger than him, to avoid confrontation he will usually retreat.

Being a second child I believe I worry less about development because I know how different children can be and I know a little more about what to expect. I believe that Otis is much more advanced in many areas (compared to Caspar) because he has a brother (whose skills are not that far removed from his own) to observe and imitate.