When do you move them into a 'real' bed? 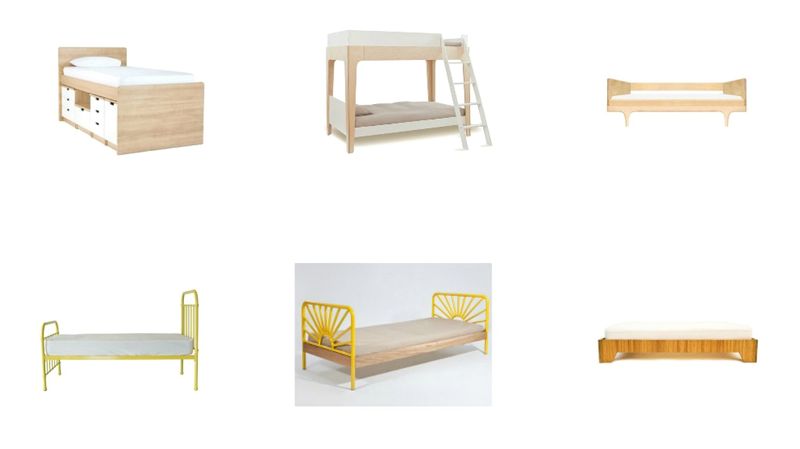 When Caspar was young and using a floor bed, I asked around "When do you move them into a real bed"? I didn't even know anyone who had used a floor bed. Even the Montessori teachers I spoke to didn't use floor beds with their children.

The general consensus was - when you and the child are ready. Well, that was difficult. With Caspar being my first child and not really knowing other children his age, I had no idea when he was ready. So just before he turned three we gave him a real bed. He was sleeping on a mattress on the floor and we simply put the mattress on a frame, the same bed frame that he uses today. Even though I feel toddler beds are super cute we skipped that phase totally.

With some beds being expensive and some having long delivery/wait times it is time for us to think about a bed for Otis. He's now 28 months. He also often co-sleeps but I don't feel that interferes with his need for a new bed. While I don't feel there is a rush to get him into a bed I think it plays a part in his development. His need to be like his brother and to fit in, to feel like he is a big boy. Otis will also start school (early day only) next year and I feel this will be a big change. Getting a new bed and then going to school will all be a part of him growing up, they are significant milestones.

For the next few months we will be looking at beds. It's a big decision. Beds usually stay with someone for a long time. It would be easy to get the same bed as Caspar's (which is a lovely organic Australian timber frame). Caspar wants a bunk bed however age restrictions means this isn't an option for him (for another four years!). We could get Caspar a raised bed (with storage underneath), this may satisfy his desire for height, then pass his bed to Otis. Then there are lots of other great options for single beds. I don't feel their beds (although they sleep in the same room) have to match.

My advice to other parents is to move their children when they are ready and we will be aiming to have Otis settled into his new bed before he is three. Although there is no real rush, especially if the child rolls or moves a lot, gets out of bed in the middle of the night a lot or is generally really comfortable in their bed the way it is. Getting a new bed can also cause some excitement so I think it's best to do it at a time when life feels settled. Just like everything else I wouldn't make changes at a time of difficulty or stress.

Out of all the beds I've seen lately this has to be my favourite. Anyone else with children transitioning to a big bed soon?