Abstract Thinking and Imagination. Montessori Books about the older Child.
Links that have saved my sanity

How long did you breastfeed for? I'm being so honest! When I found out I was pregnant I started researching. When I read about breastfeeding I knew I was going to give it all I could to make it happen. As breastfeeding doesn't work out for many families I wanted to give it my best shot. I got in contact with my local breastfeeding association.

Breastfeeding seemed like the weirdest thing to do. Milk - from my breasts?? It was sooo foreign. Until I attended Australian Breastfeeding Association meetings I had never directly seen a woman breastfeed. Academically I thought introducing solids at (or around) six months and finishing breastfeeding between two and three years made the most sense.

I found breastfeeding Caspar (my first son) incredibly difficult for the first six months. He almost always fed to sleep - which felt like a blessing. At two years and nine months he was down to one feed at night. I gave him some warning, tried to distract him and it was over. I didn't know it at the time but I was pregnant with Otis. Breastfeeding started to feel uncomfortable - I knew it was time.

Breastfeeding Otis came really naturally and I didn't need any help. He (like Caspar) fed easier and more comfortably on the left side. After introducing solids at six months I fed Otis from the left breast only. After about two years I started to discourage him, distract him, offer him water when he asked. Only it didn't work at all, Otis was still breastfeeding regularly. Although most times he didn't feed to sleep he did associate it with sleep and he often had breast-milk at bed time. At about two years six months, I started to get serious. Breastfeeding started to feel uncomfortable (this time I wasn't pregnant) and I really wanted to stop. However it was really important to me to follow Otis' needs. I gave him lots of warning, distracted some more. He was only having breast-milk at bedtime at this stage. I started offering a glass of (cows) milk before bed and over time he started to fall asleep without breast-milk. Otis had two nights (about a week apart) where he was screaming in the middle of the night for breast-milk. We (my husband was up at this time) offered him a glass of milk - we actually used the sippy cup attachment to his water bottle and eventually he settled. A week before his third birthday he finished breastfeeding. 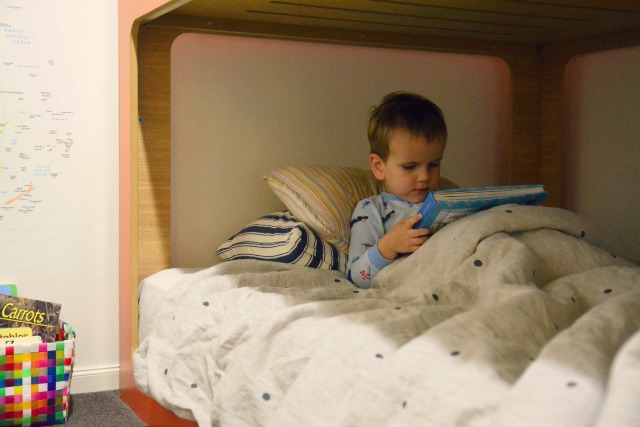 I'm incredibly proud that I made it work. I never loved breastfeeding. With my first child it was just so hard. I'm proud that I was able to breastfeed for as long as I did but I'm also glad it's over.

Today for the first time in seven years I purchased non-maternity bras. I was confronted with what my breasts look like in a bright department store changing room. My breasts are definately lopsided. Perhaps over time they will go back to being a similar size. Not exactly what I imaged my body to look like but it's worth it.