Otis does the washing. Practical Life at three - it's not too late. 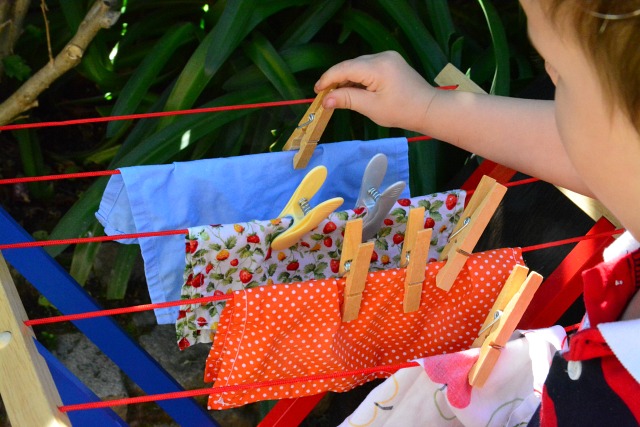 Although today was filled with sunshine the next couple of days are forecast for rain. Time to wash and I could use as much help as I could get.

Watching Otis do the washing made me think. He turns three later this week and he is doing exactly the same practical life activities as when he turned two. He's just doing them to a higher skill level. He is now proficient. He doesn't need any demonstration, advice or help. He is still in that sensitive period for practical life where he just can't get enough. He can't sit back and watch someone work without asking if he can help.

It also made me think of when people ask if it's ever too late to introduce Montessori in the home. My thoughts are that it is never too late. It's easier when introduced earlier but really, if you haven't introduced your child to practical life until they are three - it's definitely not too late. I think because I was so enthusiastic I introduced Otis to many activities as early as possible, as soon as I had an inkling he was ready. But waiting say until they are three before hanging washing, pegging, sweeping, dusting, washing, mopping, pouring, cutting, watering and caring for plants - it's not too late. Most of all at three I think they would still really enjoy it. 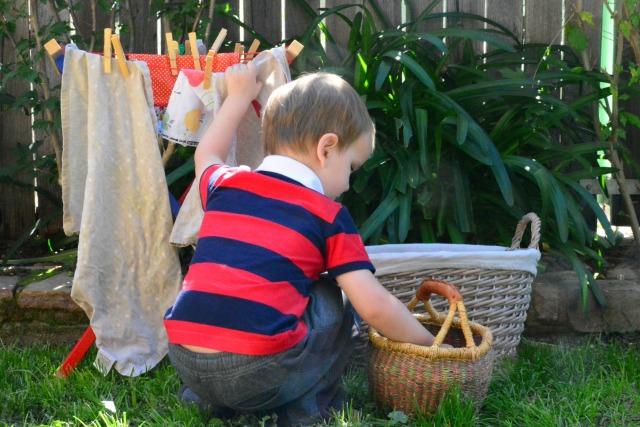 The most fun part about observing Otis hanging the washing was watching him keep our puppy away from it, Rascal is known for washing snatching. Hanging washing is also one of those fantastic activities that can be enjoyed outside and involves fine and gross motor skills. 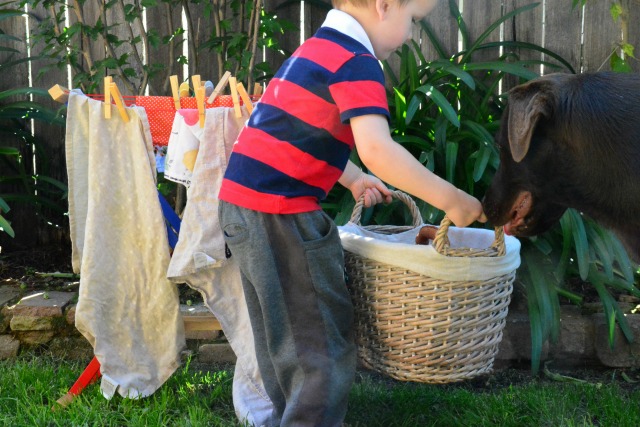 And he walks away with a great sense of pride and accomplishment. At the end of the day he also brings in his washing, folds it (haphazardly) and puts it away. 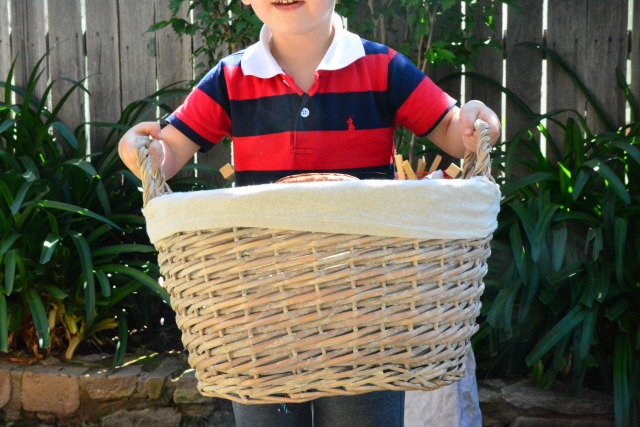