Links that have saved my sanity
In our Montessori Home - Today At six years old Caspar is well past the sensitive period for practical life. This doesn't excuse him for helping around the home.

Non negotiable chores are a bit tough though. Of course if he is unwell, tired or simply having a bad day many of his chores are overlooked. So at six which chores are everyday chores for Caspar, the ones for the most part I don't have to ask him to do, the automatic and expected tasks include;

We also have a general expectation that Caspar will help with other tasks when asked. These are quite frequent and often include; 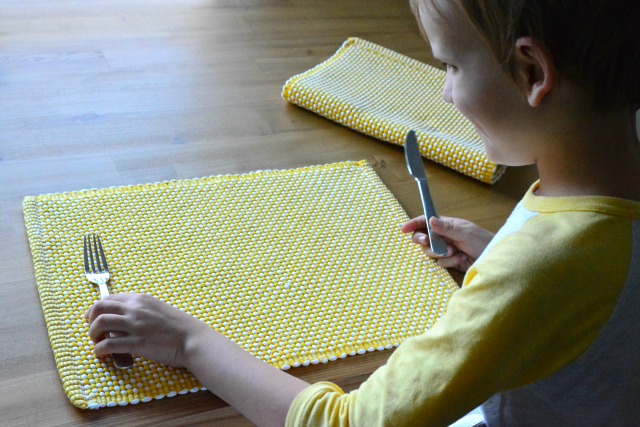 The term chores has a negative feeling for me. We never ask or expect our children to do such tasks as punishment. For our family and to me it's really important the children know when and how to perform such tasks, to know there are some tasks that are necessary for our home to run smoothly and so they have the opportunity to contribute to our family and home.

Neither of our children receive pocket money. It's not something that I feel comfortable with right now.

I don't think it will be so easy to get Otis to do these chores at six. I have to say that Caspar is a very tidy child who also has a great awareness of meeting the needs of others.

I would love to hear if you have a six year old and which chores are automatic or non negotiable...