At Six Years - Non Negotiable Chores
Who is the Three Year Old?

In our Montessori Home - Today 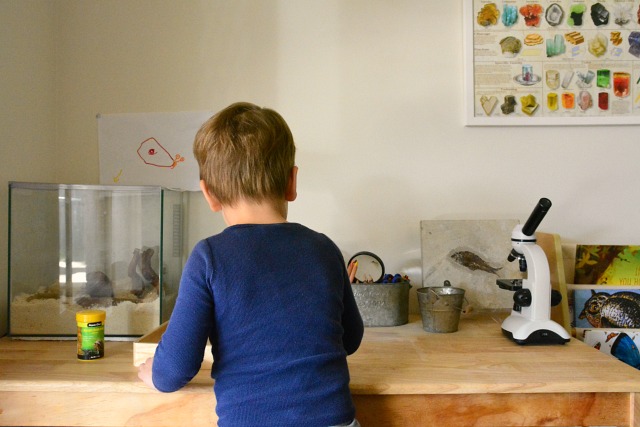 Otis being studious (and quiet) at our nature table. We're a little behind on this but today we changed the calender. Some number recognition work for Otis. 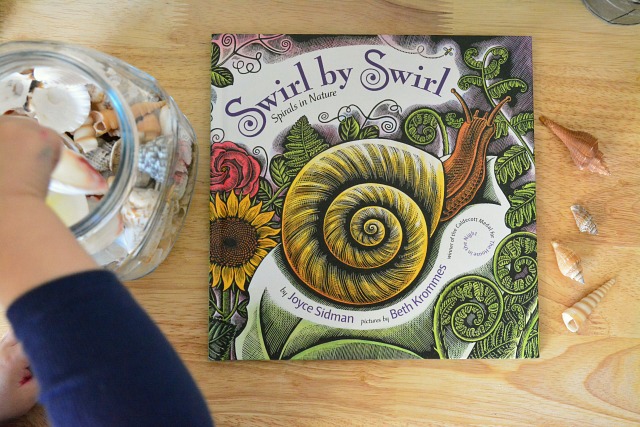 Identifying Swirls. I've mentioned this before - it's gorgeous. 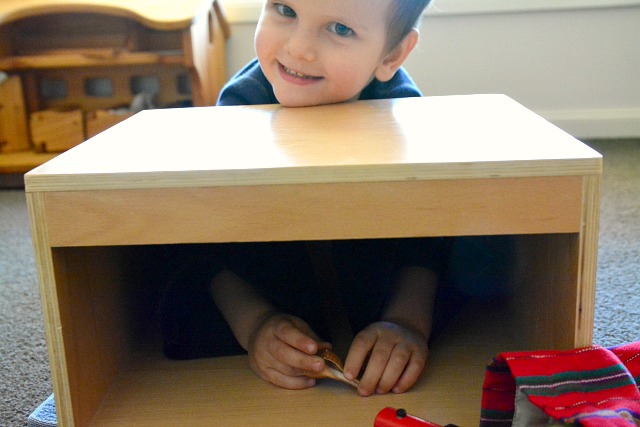 Caspar and Otis played this all morning. Otis is presented with an item which he identifies using touch only. Otis has been using sewing cards for such a long time but this was his first attempt at sewing buttons. 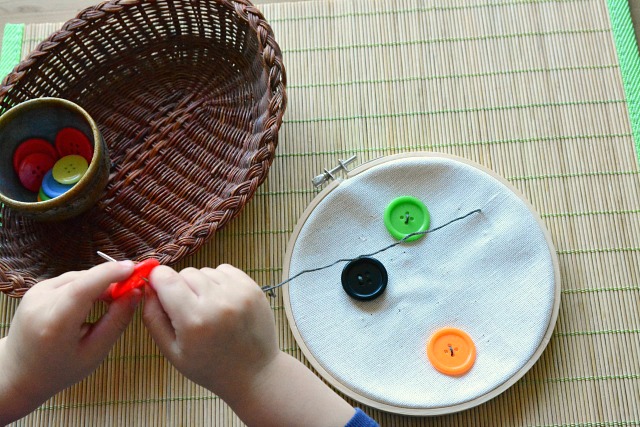 Simple and easy. This was also the first time I haven't taped or tied the thread at the needle end - so he had to work to ensure he didn't pull the thread out of the needle. Here he used a blunt tipped embroidery needle. Otis was so proud and now has his handiwork on display on the wall (in the study). 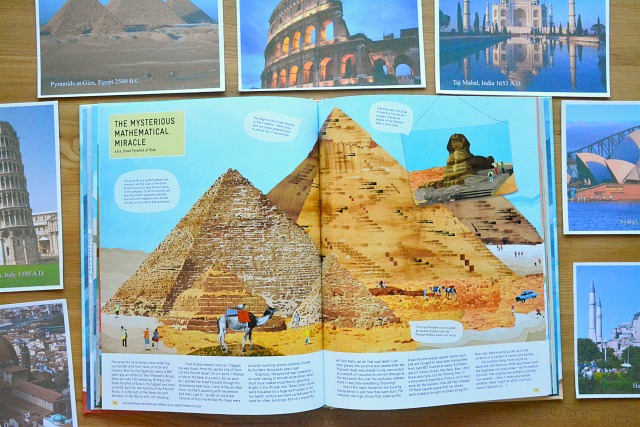 For an older child interested in architecture or world landmarks this book (Architecture According to Pigeons) is fantastic (it's also a bit of fun). Caspar received it as a gift and today he matched up landmarks that he was familiar with and found out about some new ones.

I hope you had a lovely Tuesday!