Who is the Three Year Old?
I Love Ceramic Baby Bowls

The Peace Table and other Problem Solving Techniques 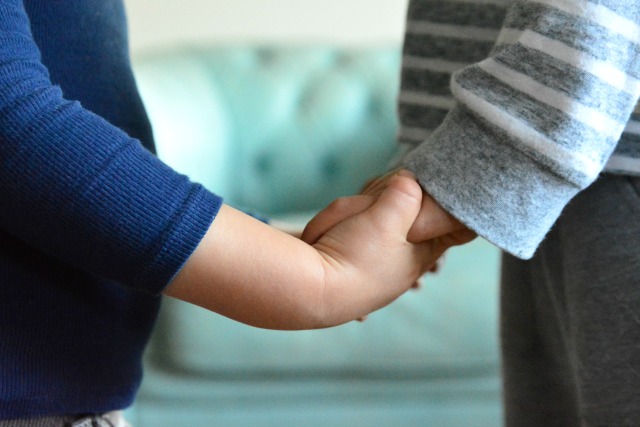 Most of the conflict in our home doesn't come from children just fighting - usually it's because they have difficulty making a decision together and have difficulty finding agreement.

Problem solving techniques I have given my children include;

Some of these concepts are directed more at Caspar. As the older child I have an expectation that he will take the lead with problem solving and conflict resolution. It turns out he can be quite persuasive with his brother once he calms down enough to think things through.

When I have two children in tears or when the two of them just cannot agree I will do something which is reminiscent of the peace table.

I have the children face each other and hold hands. I ask for them one at at time to explain the problem and for his point of view (we usually start with Otis - being the youngest he has less impulse control). After each child has spoken I might make a suggestion, give some ideas. As much as I can I prompt them to resolve the issue between themselves. Sometimes I will ask 'Caspar/Otis do you have any ideas on how we can resolve this' or 'Is it possible for you to ...(go halves, take turns)'. Sometimes I  am just silent - this creates space for them to think and take their time.

Usually when both of them have had the opportunity to clearly articulate their concerns they feel like the have been listened to and they have calmed down. Often the way to resolve the issue is clear.

I recently used this in a busy cafe and it de-escalated the situation immediately. I went from two children with quivering lips (about to burst into tears) to two children talking to each other. Yes it needs facilitation from an adult but it's a way that everyone has the opportunity to express themselves and to be heard. It may not work with two three year olds but with our mixed age group it gives the children a way to work things out.

Tim Seldin writes about the Peace Table (as below). I love the idea of children have a structure to resolve their problems. Sitting down, hand on heart, taking turns at talking and ringing the bell to signify agreement. Once again this technique would de-escalate the situation and allow everyone to express themselves. Sitting down as table may also help as it physically removes the children from the place of conflict. 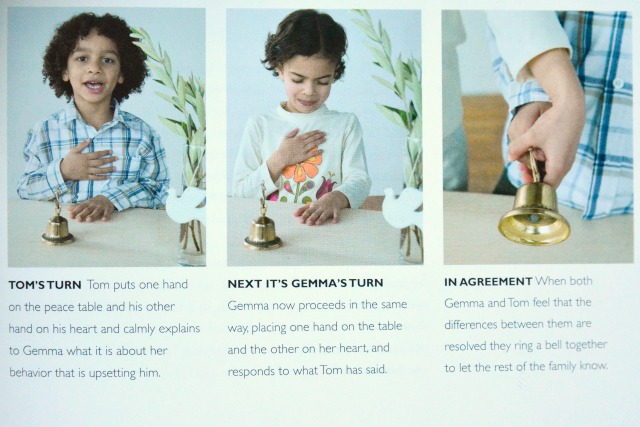