Learning to Write
Around the World from a to z - Brilliant Book!

Montessori Sound Games - I Spy with My Little Eye 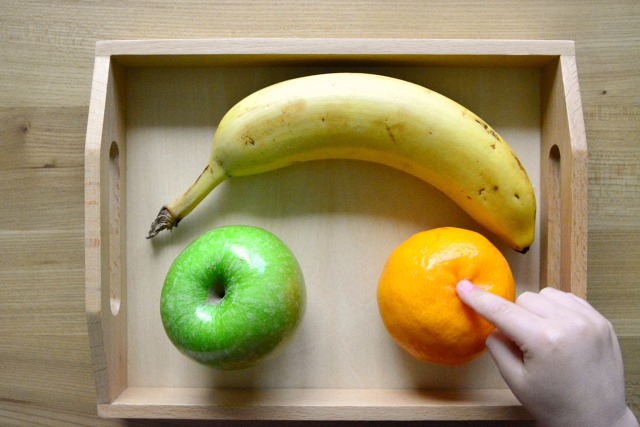 I Spy is such an important game to play at home because children are often learning and are interested in letters long before they start school. If a child is talking about letters it's a good indication they are wanting to know more and often children will start noticing and working them out themselves.

As with many children Otis' awareness started with the letter of his name 'o' Otis, his brother 'c' 'Caspar and Mum and Dad. I Spy is a great way to extend that awareness to other objects - you could even use photographs of people!

I Spy can be played at a level suited to the child. To begin with it's easiest to play while at home on a tray or workmat. Later the game can be played anywhere, waiting rooms, markets or casually while out driving in the car. Start with one object and work from there.

It's a good idea to use objects that the child is already familiar with. This is why we find model animals and everyday household objects work so well. I've shown three games I have used with Otis as examples.

You may like to take turns with the child. Once they know how to play the game they may like to be the one who says "I spy with my little eye something that begins with _" and you have to be the one to guess the object. Otis loves doing this. 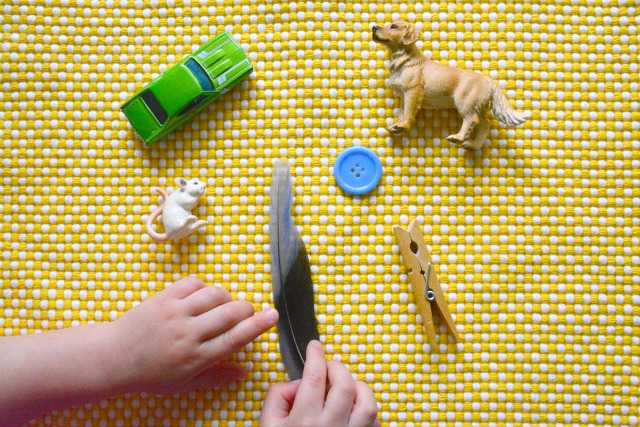 In the tray below there are three items that start with 'c' - this makes it harder for Otis but he has a lot of fun, I will ask him to find all three - crab, cow and cat.

It is so important that this is played as a game - that it is fun, that the child (and the parent) enjoys it. It should include lots of giggles and laughter. We will end the game if Otis gets too silly but he will often pretend he is a snake, or the snake will eat the cat or there will be tickles with the feather etc. 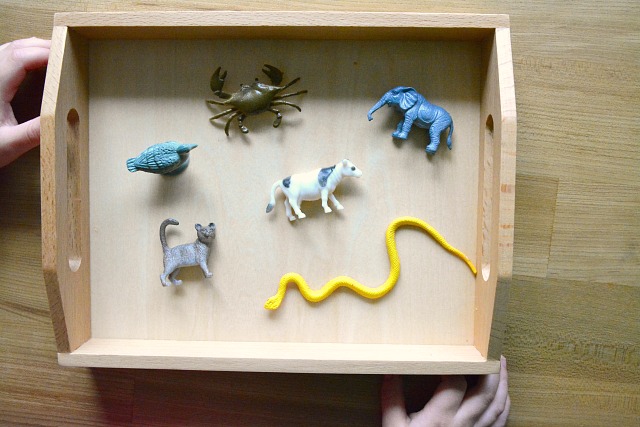 If you are wanting extension ideas or more detailed information on how to play I suggest Montessori Read and Write: A Parents' Guide to Literacy for Children and Basic Montessori: Learning Activities for Under-Fives. Both of these books have a detailed section on I Spy and other sound games.

P.S. I have a fantastic new sandpaper letter book to share with you tomorrow! It's in cursive and it's beautiful.