The child and work
Water and Transfer Activities at Three Years 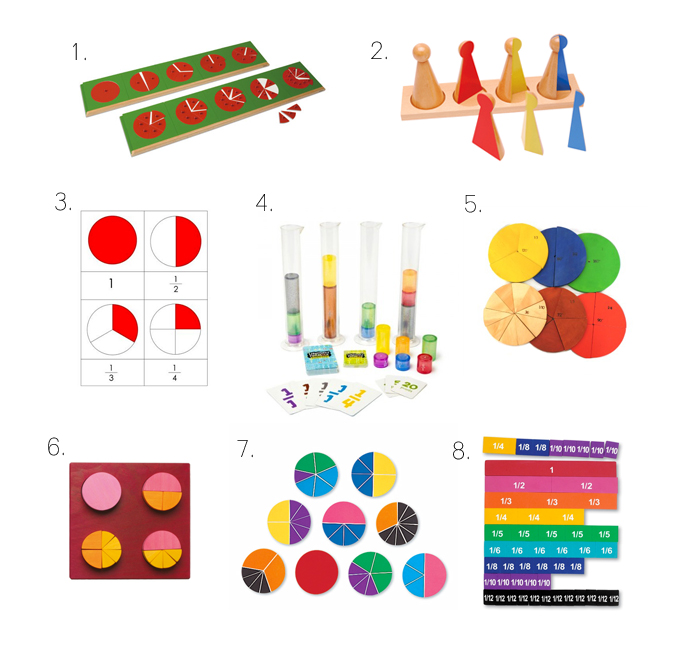 There is no doubt, I think the best way to introduce fractions in the home is through practical life. Cutting a sandwich or apple in half, or in quarters. Baking and measuring ingredients. Using folding cloths. However puzzles like the Grimm's Wooden Fraction Circles are a delightful way for the very young to work with fractions.

One of the reasons I wanted to write this post is to show some other fraction materials we have seen and used. The Fraction Circles and Fraction Skittles are the traditional materials you will see in the Montessori classroom.

The Fraction Formula Game is absolutely genius - I love it. Caspar showed this to me in his Cycle Two class and he was so enthused. It can be played as a game where the players alternate picking up a fraction card and filling their beaker with the fractions. The first to fill their beaker or form a 'whole' wins the game. It's so, so clever. I don't know if this is a material used frequently in Montessori classrooms or if it's just something Caspar's teacher introduced. Either way it's a lot of fun and such a good, visual way to learn fractions. 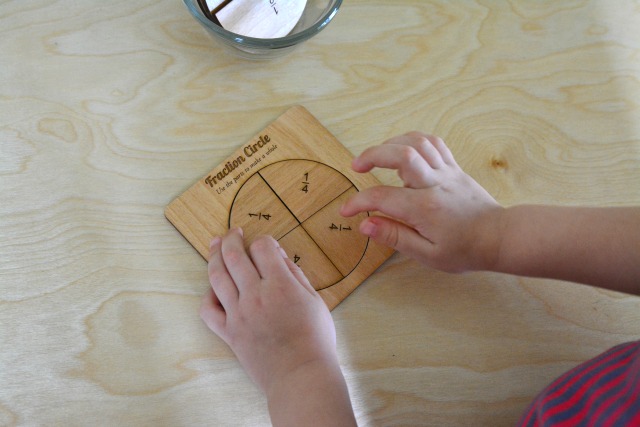 Caspar has also used these free printables which (in my view) are fantastic. The fraction material that we are using the most in our home is this Fraction Circle, we have the extended set so both children can use it at the same time. I put the whole, halves, thirds and quarters in a bowl for Otis and Caspar's circle is presented with all of the fractions.

I love finding materials that both my children can use - there is a three year age gap so it's not always possible. Like in a Montessori classroom the children learn from each other - even if it's just Otis absorbing Caspar's language. 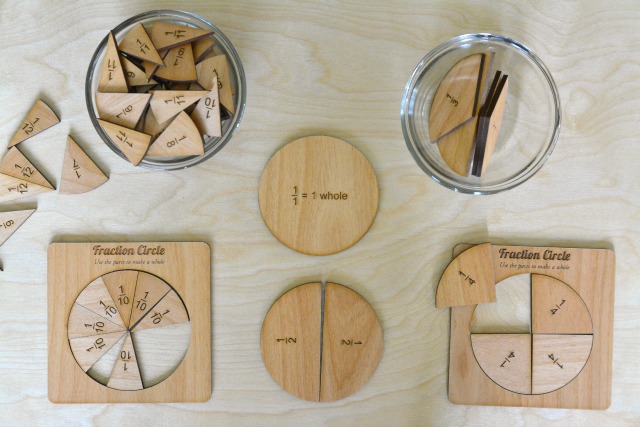 By filling the circle with various fractions they are learning without knowing it. Each fraction is labelled which is great for Caspar who is learning the correct terminology and for Otis who is just putting together pieces of the puzzle!