Nature Anatomy by Julia Rothman - Review and Giveaway!
Protecting their sense of order - having a tidy, clutter free and organised home. 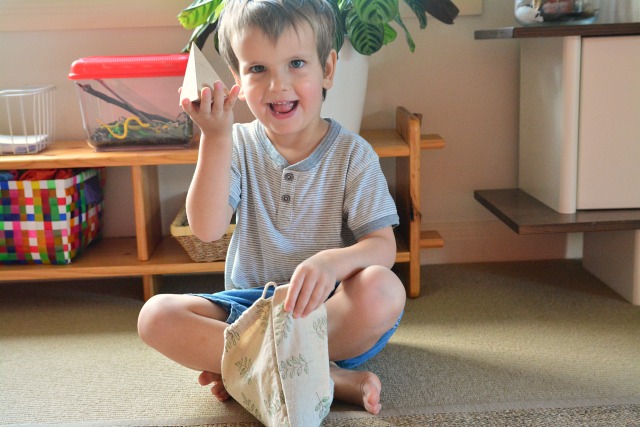 This is such a fantastic game although we haven't played a lot of it until recently. Otis has been asking to play it with geometric solids which I believe is an idea he has taken from school.

The hidden object game can be played with any objects of which the child is familiar with (think toys cars, coloured blocks, household objects). It is important the child knows the name of the objects - a three period lesson is a good way to teach this if the children doesn't know.

The number of objects used would depend on the skills of the child. A young child could start with three. We have built up to using eight geometric solids as I have needed to keep on challenging Otis. 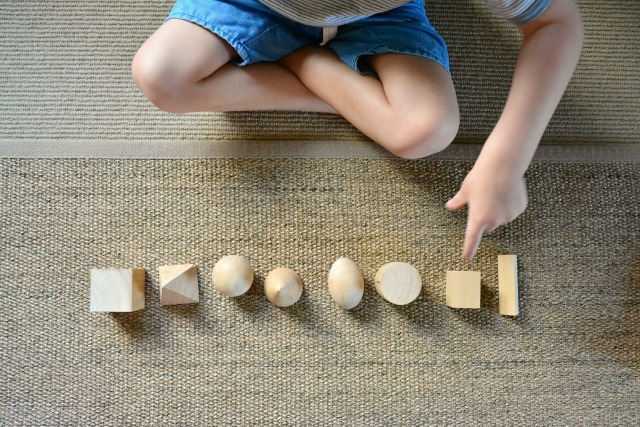 Once the child has seen all of the objects have them close their eyes. Otis is trustworthy with this but a blindfold, having the child turn away or working under a blanket/cover may work as well. When the child isn't looking remove one object (or two as a challenge). I usually hide the object behind my back.

The child then looks at the objects and determines which one is missing. 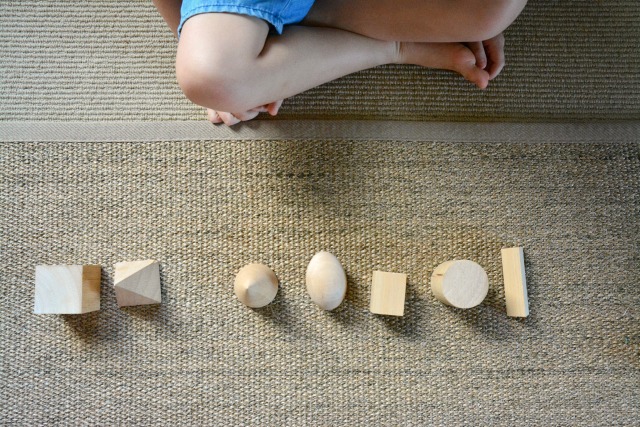 If the child has difficultly in determining which object has been removed little hints can be given.

Then comes the fun part - take turns and allow the child to hide an object while you close your eyes! 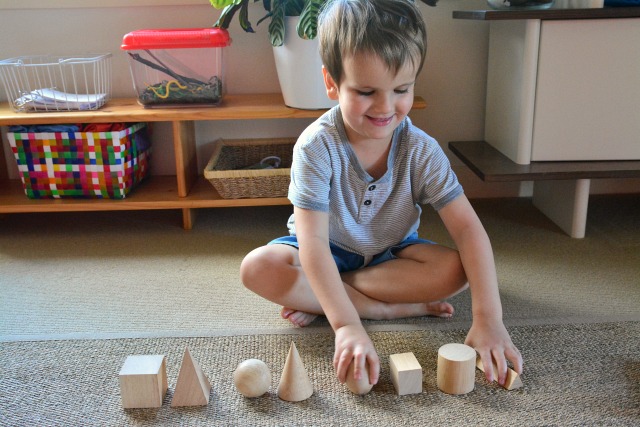