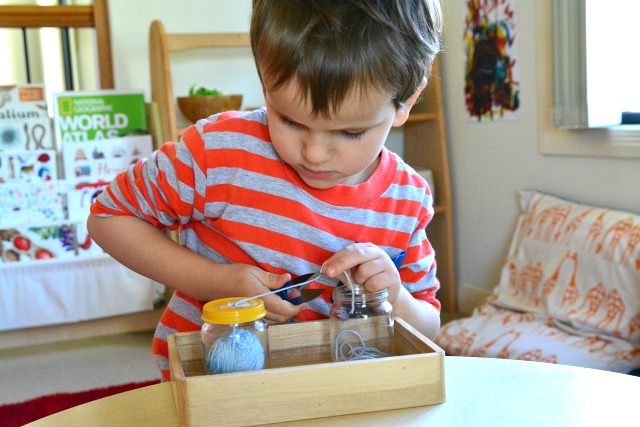 First I need to say that every idea in this post is attributed to Sewing in the Montessori Classroom: A Practical Life Curriculum. These are own take/versions but this excellent book has given me lots of ideas and inspiration and looking at Otis' enthusiasm and concentration today, I know there will be more sewing from this book in our immediate future.

I am starting to put together a sewing tray/basket for both children to use. To encourage more free/hand sewing. In their basket I have these little snips as above and below. To give Otis some practice in using them (and because I knew he would love the process) I have presented him with a thread snipping tray. Isn't it a great idea to use little jars (we've used old baby food jars and I've punched a hole in the metal lid) so the thread doesn't unravel. This took concentration and hand strength. Even with little nail scissors this would be a great scissor/cutting activity for younger children and possibly toddlers. 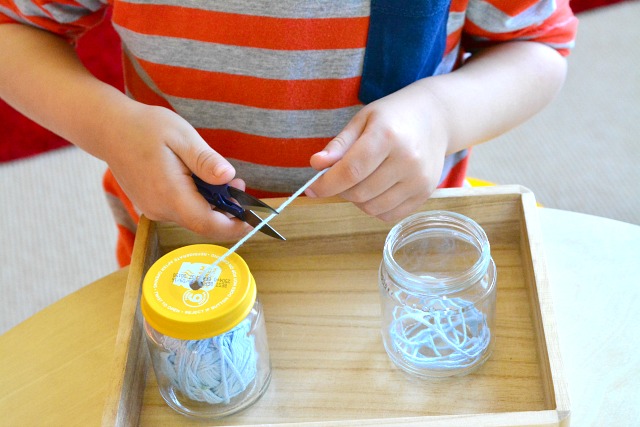 Otis has experience in threading (cotton reels/pasta), sewing cards, free embroidery, sewing buttons and hand sewing. I have never shown him how to thread a needle. I only just realised this - how ridiculous of me. 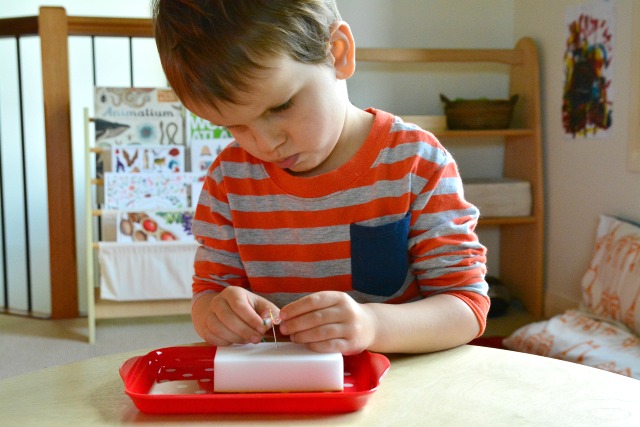 We have a different needle threader to the one used in the book but the set up is the same. I never would have thought to isolate the activity like this. With our big embroidery needles Otis could almost thread it straight through the eye of the needle. However often we need to use smaller needles especially when sewing buttons (embroidery needles are often too large/thick to pass through the button/they get stuck). Here Otis is threading quite a small/fine needle. After a couple of demonstrations (he asked me to repeat it a few time) he got it on his first attempt but it took and still takes a lot of concentration. Above is his 'concentration' face. I actually haven't seen him work and concentrate this well for a long time. Lots of concentration = engagement. 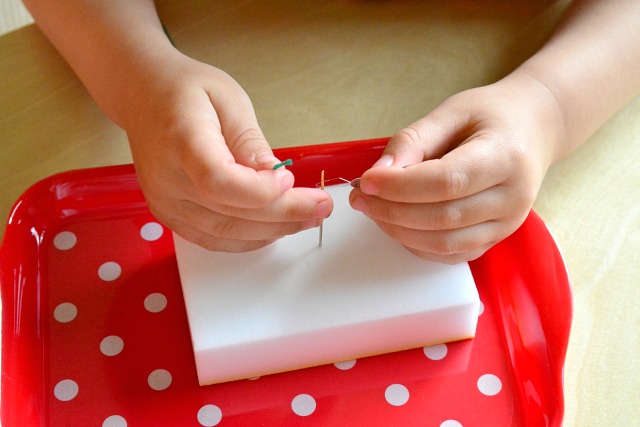 And look at those fine motor skills in action. 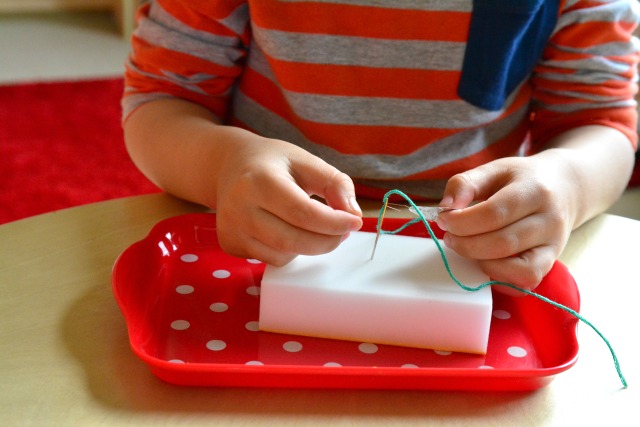 I still haven't shown him how to knot/tie the end of the thread but that's next. But wow, now he knows how to thread a needle! 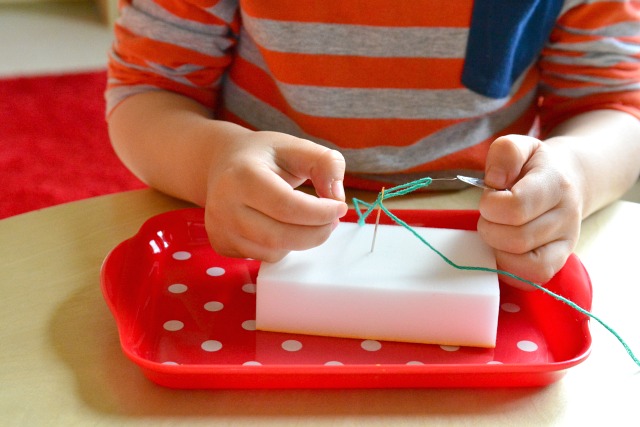 Now back to making that sewing basket.