Early Montessori Language Materials on Etsy
A children's book about Microbes? What we are reading - Nicola Davies 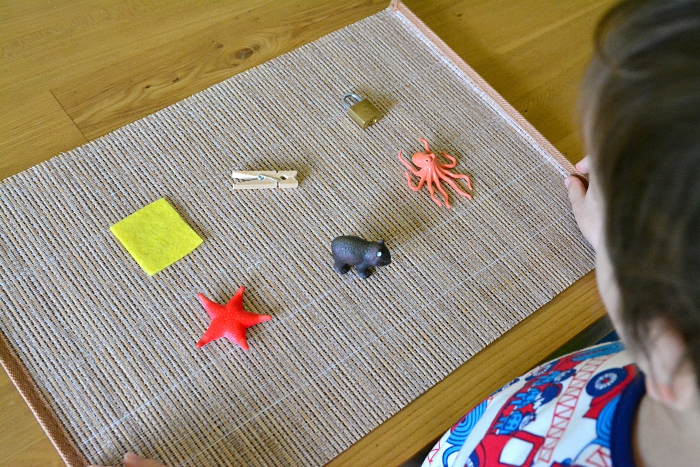 Two things all Montessori schools have in common is that they teach phonics and lower case letters (first).

"Preschoolers who were trained in phonemic awareness scored significantly higher on tests of comprehension." - Montessori: The Science Behind the Genius.

Many also argue that teaching the name of the letters and capital letters too early is detrimental "Learning capitals and names of letters, although taught first for many years, is what makes learning to read and write so difficult for children." - The Joyful Child: Montessori, Global Wisdom for Birth to Three.

But ask me why we teach our children phonics and the simple answer is because it just makes sense.

If we consider how much time our children spend at school I can see that it is also really important that we teach or reinforce phonics at home. Once a child reaches that stage of language explosion it may very much be that they are wanting to learn more at home or experiment with or demonstrate their knowledge at home.

The simple suggestion made to parents is always to play 'I Spy'. I have shown how Otis is playing this above with a few items from our Alphabet Box (it's a good idea to start with two or three items and build up to more). But the game (especially with an older child) can be played with items within a room or within sight.

However Otis now gets tired and bored of 'I Spy' games very quickly and while there are many, many phonetic awareness games we can play at home, here are another two we are playing using the miniatures from our Alphabet Box.

"The most important thing to remember is to follow the child's interests, and to keep learning natural and enjoyable." - The Joyful Child: Montessori, Global Wisdom for Birth to Three. 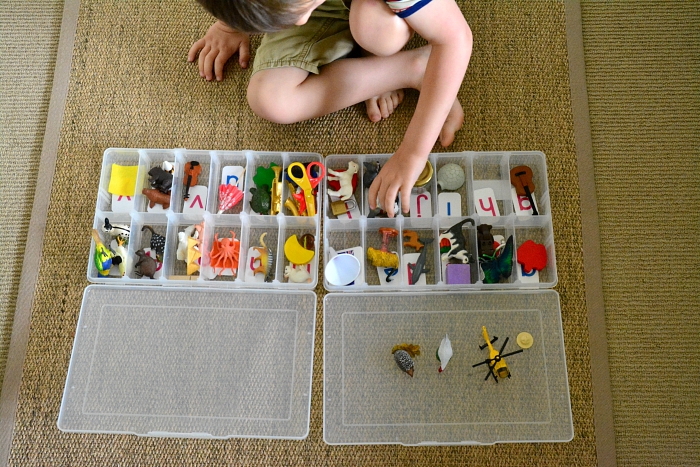 Otis loves fossicking around in his Alphabet Box and most certainly has ownership over it now. Above he is playing the "Shop keeper Game". Otis loves to play shop keeper of all sorts. With this game he is usually the shop keeper and I am the customer. We exchange pleasantries and then I will say something like "Do you have anything starting with (as in the above example) "h", and he will say "Yes sir, I have a hedgehog, hen, helicopter and a hat". I will say I will take the "h" "helicopter, thank you". And the game goes on.

With all of these games I keep in mind the sounds and letters Otis knows easily, the letters he kind of/sometimes knows and those which he really doesn't know well. So with the games and to keep it lighthearted I will mix up the letters so there is a good mix, the game flows and Otis has lots of success.

Please note that our alphabet box isn't perfect, as mentioned in previous comments "q" should be presented as "qu" when learning phonograms and there are a couple of items which are not the best phonetic examples, we also need to add objects to build up the box. However right now it's serving it's purpose. 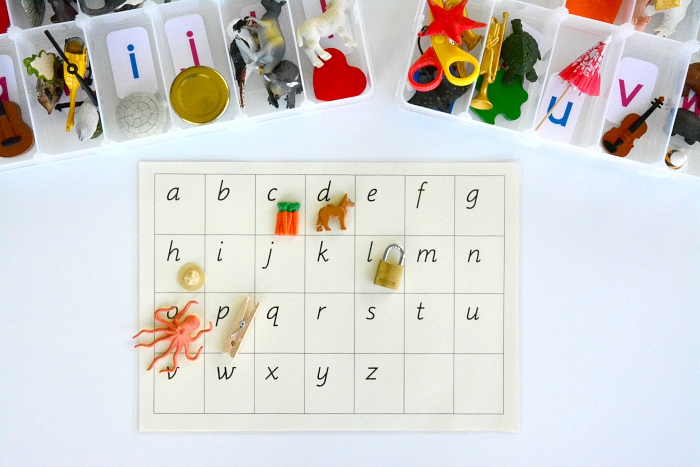 Above is a matching game. Keeping in mind my comments as above I still need to add the x and z objects. I do this work with Otis and he enjoys it with the letters he knows easily, when it gets difficult his attention drifts away. So we play until his attention is gone and each time try to match more and more letters. Again Otis loves the fossicking through his box and looking (and sometimes playing with) all of his small objects. It's also really useful as an indicator of the letters he knows well and the ones we still need to focus on.

I love that playing these games using the items from the Alphabet Box is that we are continually playing with the same items, for Otis' stage this is of benefit. He is practicing with the same objects over and over and I think this familiarity really helps.