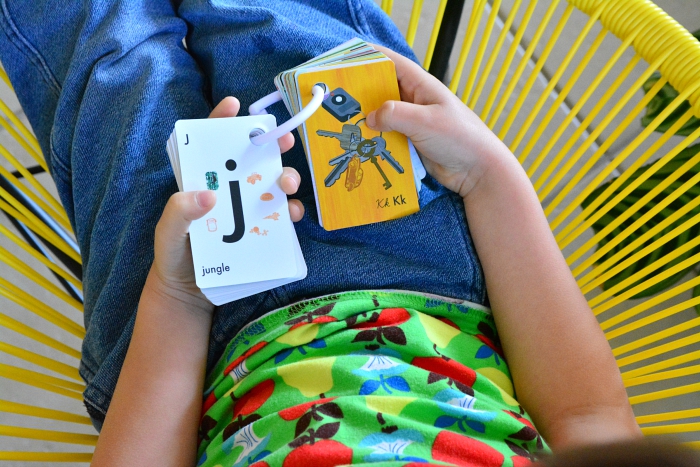 Sometimes we might think alphabet books and cards like these are just for toddlers. While toddlers might love them my pre/early reader is enjoying going through them meticulously and pointing out every single item. 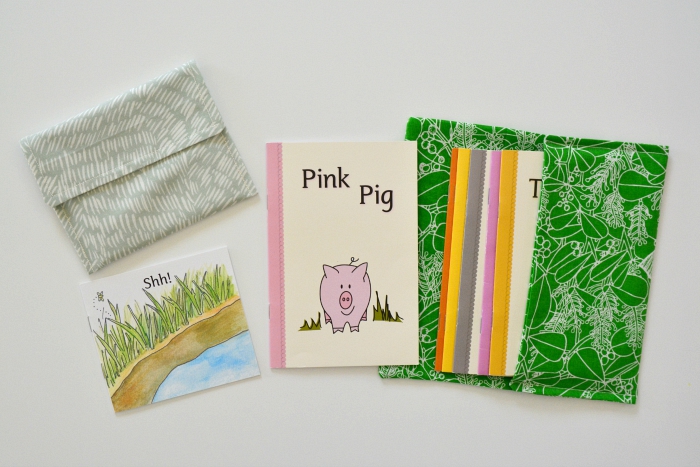 Today I made these little pouches for Otis' early readers. I think it's a really cute way to present, store and carry them around. Oh my goodness, I can't wait to share this! When Caspar was little I purchased these phonetic three part cards. Caspar never took to them or I just didn't present them at the right time. As Otis is enjoying so much letter work right now I thought I would try them. He took to them so fast. He wanted me to go away so he could do them by himself! 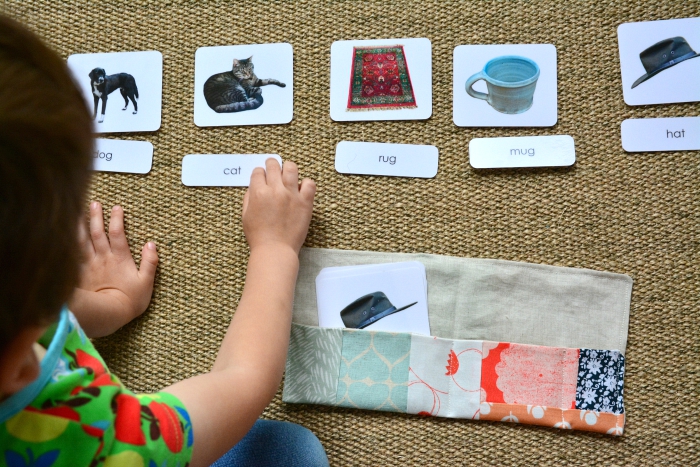 Initially I only had cards for six items in the pouch. After doing the work three times Otis asked for more cards! I had more cards nearby so I included another six. This work got a lot harder as there were a few words which are similar. He still insisted on doing the work by himself but this time he needed the control cards which he used twice. I think this work is spot on for him right now! I was observing him as he did this work, occasionally I could see him spell out the word and take a moment to think, it was really special to see him put it all together. 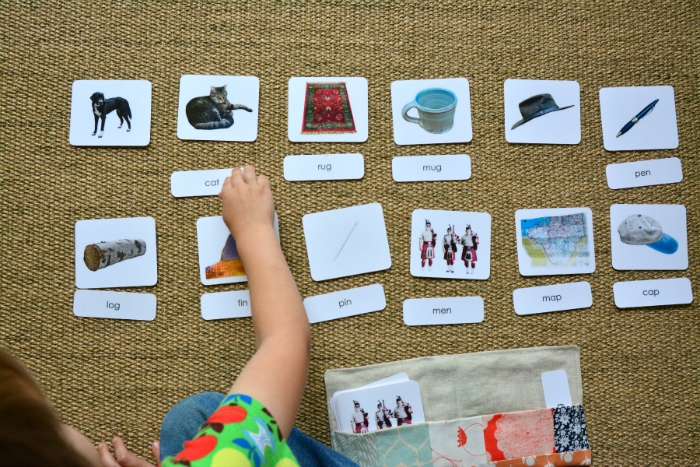 I only presented this work because I already had the cards but it makes me reevaluate my view of three part cards and especially phonetic three part cards. With our school holidays starting next week this might be a really good at home activity.

I'd love for you to share a Montessori inspired environment or activity in the link up below (remember you can also link to Instagram)!