Our most used kitchen gadgets
Why Montessori? A Parent's Perspective.

Planets - Learning about our Solar System 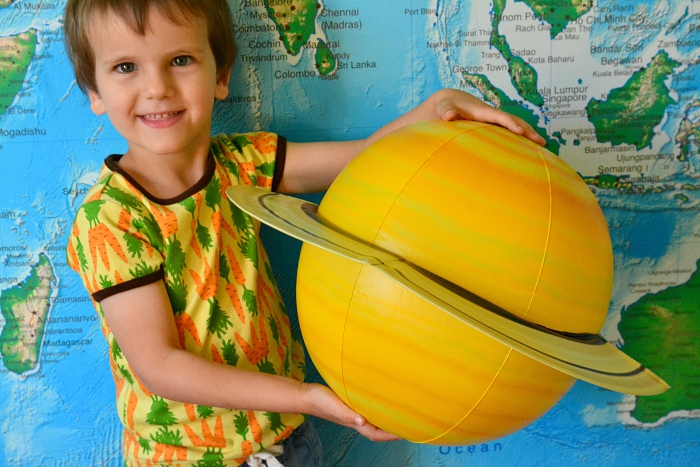 I had this idea of creating an environment where my children can run through the solar system. Running around the sun and weaving in and out of the planets, pretending they were spaceships and zooming around.

I thought I could create planets out of paper mache but some of the planets would be too heavy to suspend from our ceiling. Balloons would work ok but not perfect unless I could get different sized balloons. Anyway, this is how we came to find these inflatable planets (c/o Child.com.au). 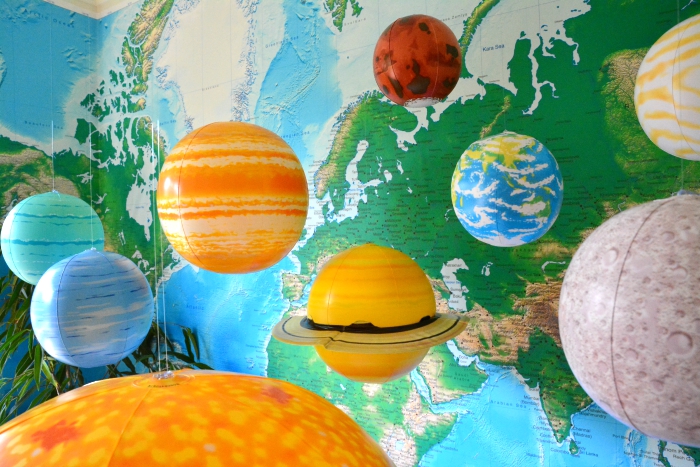 The boys share a bedroom which is where we have hung the planets. Because Caspar is quite tall I've hung the planets a bit higher than I would have liked. However Otis can still zoom around and pretend he is in outer space. Hopefully learning through play! The boys pumped up all the planets however I hung them while they were at school. I love their responses once they came home. 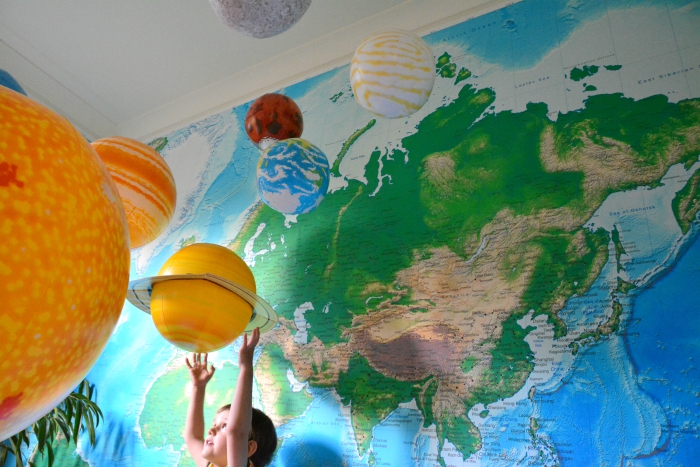 We also have these magnetic planets which are great if you have a large magnetic surface. The Giant Inflatable Solar System comes with a foot pump (which is easy to use), one sun (which takes the longest to pump up), nine planets and Earth's moon. The sun is 58 cm in diameter which is huge! Earth is 19 cm in diameter which gives you some idea of the scale. Our inflatable solar system can be found here and thank you to Child.com.au!