Around here Spring! - Montessori at Home Link Up
Back to School Labels - Giveaway and Discount Code 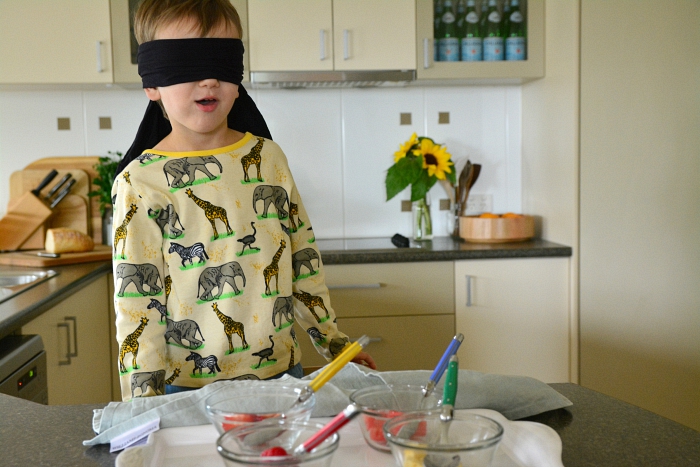 Today we tried some taste testing and it was so much fun I thought I would share it with you here. This is almost a five minute Montessori activity, it's really easy to set up with just a few pieces of fruit and a blindfold.

With this blindfold taste test we only used foods the boys like. Otis had no idea what he was about to eat. He uses his sense of taste to determine which food he had been given. 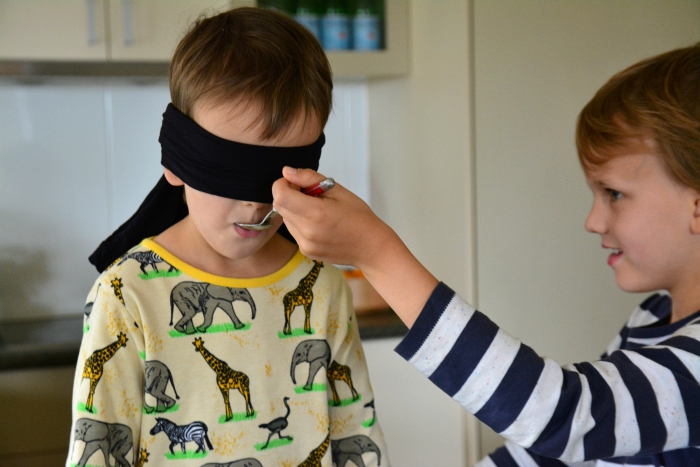 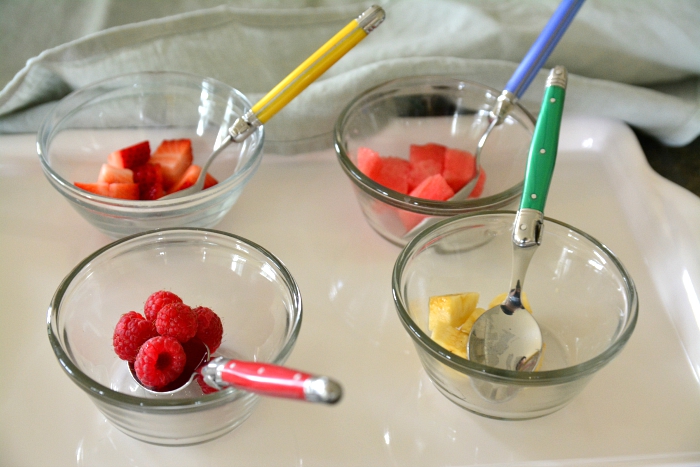 The boys then swapped around except Caspar already knew which foods there were but he didn't know which one Otis was feeding him. Wow, I think this is also an exercise in trust! 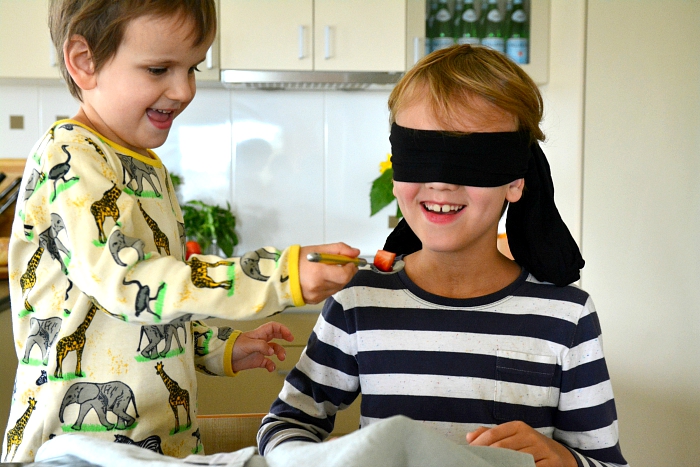 Later in the day I gave the boy this tray of apples. They weren't blindfolded, the idea was just to try and compare different varieties of apple. This is also a language activity, the boys didn't know all the types of apples here, and they are also using taste and sight to notice the difference in varieties. 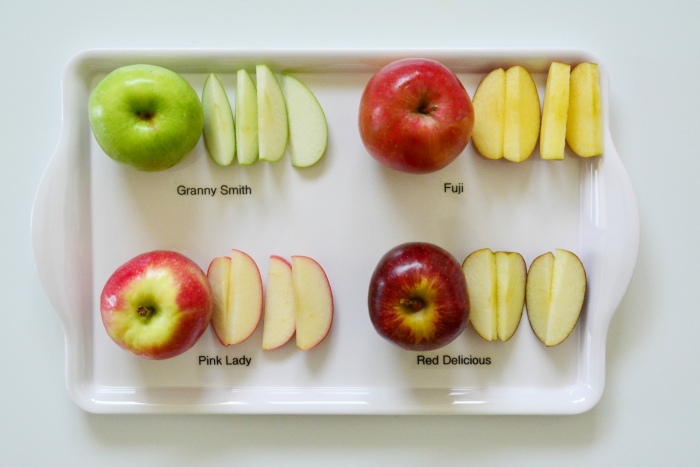 We also tried a tray of cheese! My children love cheese so they really enjoyed this. 'This one is creamy… perhaps too creamy'. Caspar went straight to the blue cheese. I also think eating the cheese by itself, not in or with something really helped to taste the cheese. A fun experience for the boys. 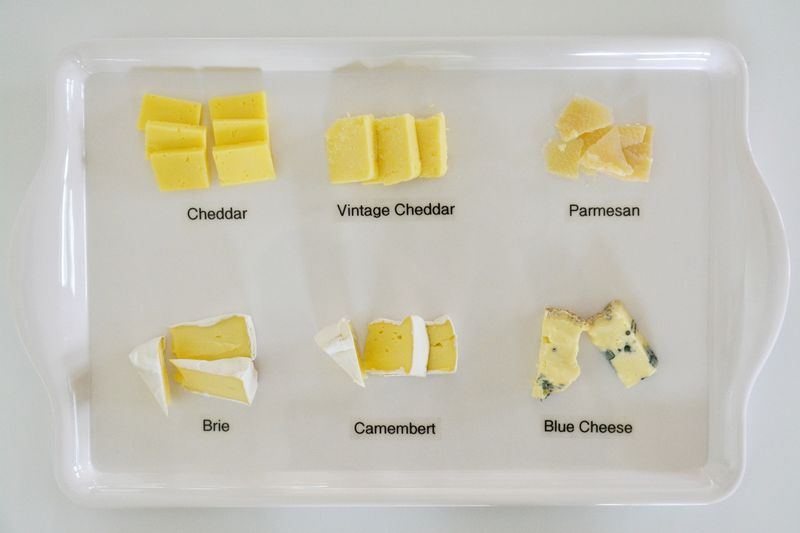