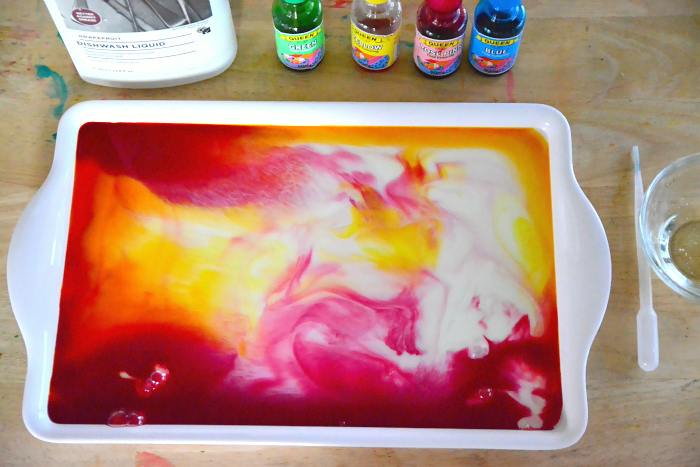 I cannot believe we haven't tried this before!! Have you?? It's easy, cheap and a lot of fun. 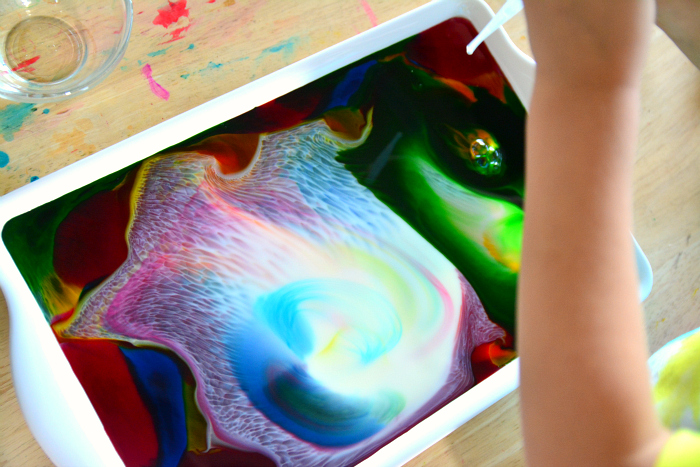 Late in the afternoon I realised we had milk in the refrigerator that expires soon. While thinking of ways to use up the milk I remembered this experiment. 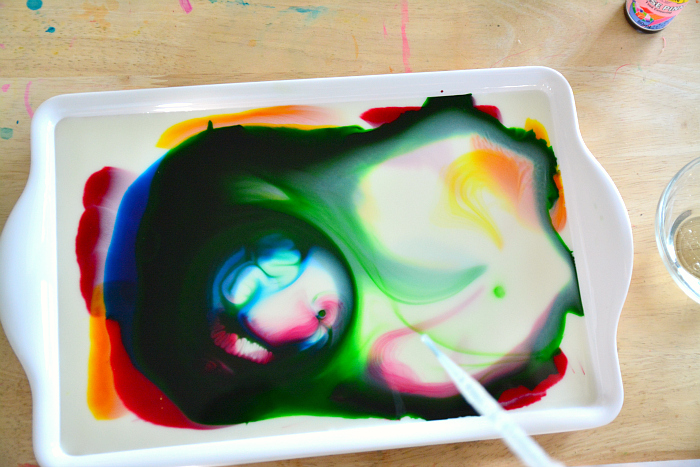 As long as no one spills the food colouring it's a low mess activity. My boys poured in heaps too much food colouring but it still worked fine. It was a fantastic entertaining and educational activity for both my four and eight year old. 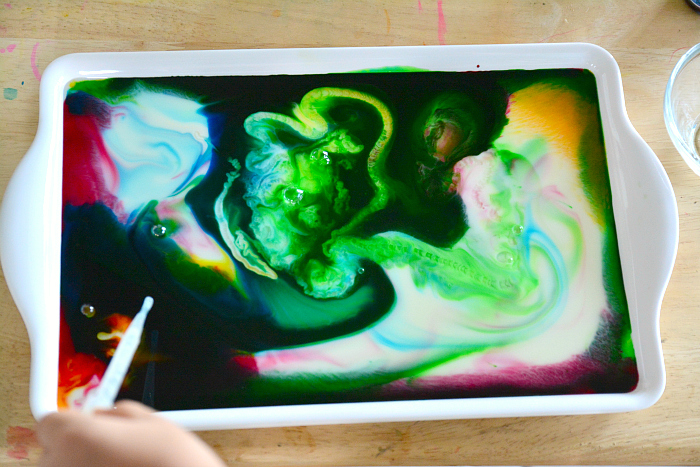 Let me know if you give it a go! I would like to try this with liquid water colours, I think it would work as equally well.