What are your educational options and what is the cost? 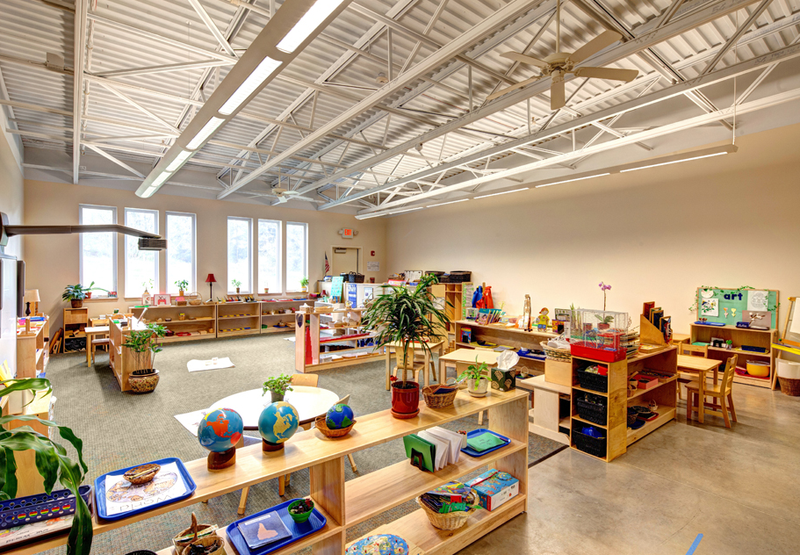 What are the educational options for your children? We are fortunate to have lived in two capital cities which have many educational options. Montessori, Reggio, Steiner, it's all available. It's available at a cost and this is key. Most families I know make sacrifices to pay school fees, some are single income families, however they are overwhelmingly well educated and well employed parents.

Our previous school Canberra Montessori located in the Australian Capital Territory has 69% of the students in the top quarter of the Index of Community Socio-Educational Advantage (ICSEA), 71% of students have a language background other than English and 1% are Indigenous students. The per student net recurrent income is a whopping $26,208. My closest public primary school has $11,333 per student net recurrent income. You can search all Australian schools using the My School Website.

Australia has public Montessori schooling however it is hard to find, it mostly exists in Montessori streams at public schools and often it comes at a cost. In Canberra, Yarralumla Primary has a Montessori Cycle one class (3-6 years), fees are due for three year old children. This school has been operating successfully for many years however the Montessori program does not extend to the primary years.

Grovely State School (in Queensland) has a Montessori stream at which I believe parents are required to pay a one off fee of $500. Even low fees for Montessori schooling is not desirable, it immediately exempts those from the poorest families. Mitchelton State High School is currently preparing for a Montessori stream and there may be other public Montessori schools operating in Australia. Both Grovely State and Mitchelton High schools are within easy driving distance for me so are of particular interest.

I don't know if Montessori streams in public schools is a positive move into the future. It certainly may demonstrate that public Montessori in Australia is possible and that there is demand. It may increase the number of qualified Montessori teachers in Australia and raise awareness of Montessori in general. However anecdotal reports suggest that it may create a culture of have and have nots within a school community, where one classroom may be better funded than the others, it may create segreggation among students and parents. I also question if it is possible for a Montessori stream to comply with public school reporting and requirements and do they follow the Montessori National Curriculum or the Australian Curriculum? Montessori Australia state there is a research project being developed to map Montessori programs in public schools.

Are there other options?

In August 2015 the Centre for Independent Studies called for State governments to consider introducing charter schools. The authors cite evidence to support that educational achievement levels among Australian children, especially from disadvantaged backgrounds, are not improving and in some cases declining. They believe a new approach is required where other schools have persistently failed, and where there is demand for alternatives to traditional public schools. "Disadvantaged families are not currently catered for, either because their choice of public school is restricted by zoning, or because they cannot afford school fees, or they do not want a religious education for their children," the report said.

NSW Education Minister, Adrian Piccoli, said that "We will not be introducing Charter schools or independent public schools because there is no evidence that they improve student performance". There are studies that show Charter schools have a small positive impact on reading and math scores and the improvements were greater for disadvantaged children. While I don't know if Charter schools in Australia would improve educational outcomes I know it would improve choice. And it would give choice for those who currently don't have any.

There is advocacy for Montessori in state schools however the evidence just isn't available on it's success. I support the idea of Charter schools and believe they would offer the greatest amount of choice to parents however accept Australia has a long way to go and it appears there isn't political support for it.

If you feel like sharing please leave a comment with the educational options available for your children. I'd love to hear if you a have a Charter or public Montessori school near you.