A Montessori Glossary - for Parents! 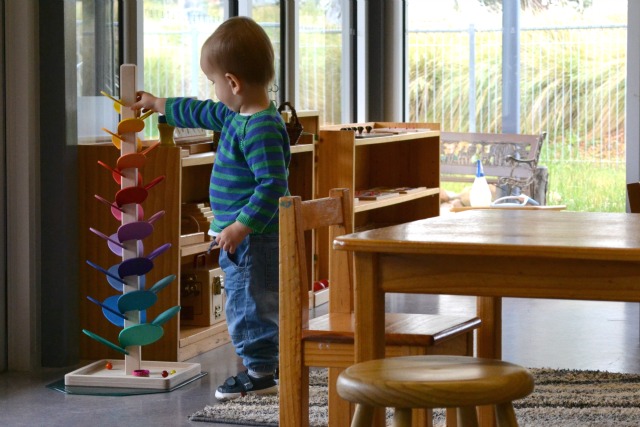 There are many terms which are unique to the Montessori philosophy and schooling. I've written a short glossary, in plain language, which I hope you find useful.

Absorbent Mind - Maria Montessori observed that children from birth to six years have the ability to quickly and easily absorb information. The child is absorbing information from the environment without conscious effort, naturally and spontaneously.

Control of Error - Self correction that is built into Montessori materials and teaching methods, the child can independently identify and correct the error.

Cosmic Education - Introduced in the second plane of development (6-9 years), it is a holistic education about the universe about how all parts of the cosmos are interconnected and interdependent. The children learn a series of Five Great Stories about the universe, its galaxies, the solar system, Earth and the evolution of man. They begin to see themselves as a part of a global community and learn about the responsibilities that come with that.

Didactic materials - Materials that are 'designed to teach' designed by Maria Montessori, they have a control of error built into them, they are designed to teach a singular concept and are presented in a specific order.

Director (Directress) or Guide - In the Montessori environment the lead teacher/s are known as a Directress and assistants are often known as guides. Maria Montessori did not see the role of the adult as a teacher but rather to direct or guide the children to purposeful activity based on the adult's observation of the child's readiness. The child develops their knowledge through hands on learning with the didactic materials they use.

Erdkinder - Known in German as 'child of the earth' the Erdkinder is a Montessori learning environment for adolescence at 12-15 years often in a farm like or agricultural environment where the children learn to contribute through life based education.

Grace and Courtesy - An area of Practical Life in which children learn positive social behaviour, they receive lessons and role play including using manners and moving gracefully.

Horme - An unconcious will for the child to do what they need to do to, the child being driven by an inner urge to self construct. It is the desire to act on tendencies to fulfil their needs during the appropriate sensitive period and to have the energy to make the developments necessary at a particular phase.

Nido - Known as 'Nest' in Italian, the Nido is a Montessori warm, caring environment for infants from 2-18 months.

Normalisation - Normalisation is a process where the child reaches a point of a love of work or activity, concentration, self-discipline, and joy in accomplishment. It occurs where a child learns to focus and concentrate for sustained periods of time while deriving satisfaction from their work. Normalisation occurs when development is proceeding normally.

The four characteristics of a normalised child are;

Planes of Development - Maria Montessori observed human beings going through four distinct planes, or stages of development with each plane having unique characteristics and opportunities for learning.

Practical Life - One of the four areas (others include Sensorial, Language, Mathematics and Cultural) of the Montessori environment. Practical Life activities resemble work of the home. They are purposeful activities that assist the children to maintain their environment and make a meaningful contribution while improving control, co-ordinated movement and concentration. Includes care of self (getting dressed, brushing teeth, cooking), care of the environment (watering plants, cleaning) and grace and courtesy (moving gracefully, using manners).

Sensitive Period - A critical 'window of opportunity' where the child is ready and receptive for the acquisition of a specific skill or ability. During this period when the child is engaged in activity that aligns with the window of opportunity they may produce spontaneous bouts of concentration and repetition. Maria Montessori observed that young children are intrinsically motivated to engage in activities within the environment that satisfy their developmental needs.

Some of the sensitive periods include;

Three Hour Work Cycle - Maria Montessori observed children, when left to work freely, would work in distinct work cycles. The cycle with two peaks and one valley lasts for three hours. The Three Hour Work Cycle is protected and provided in Montessori classrooms so that the child has three hours of open, uninterrupted and independent work, free from distraction or interruption. Many classrooms provide two, three hour work cycles, a cycle in the morning and a cycle in the afternoon.

Three Period Lesson - A three step technique for presenting information to the child. Step 1 is naming 'this is the ..." Step 2 is recognition "please pass me the ...". Step 3 is recall "what is this?".

Please let me know if there is something I haven't covered or if you would like further information.