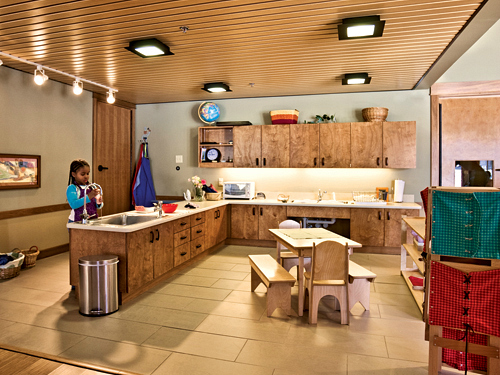 I have been looking at Montessori school kitchens for inspiration. Here are a few of my favourites! 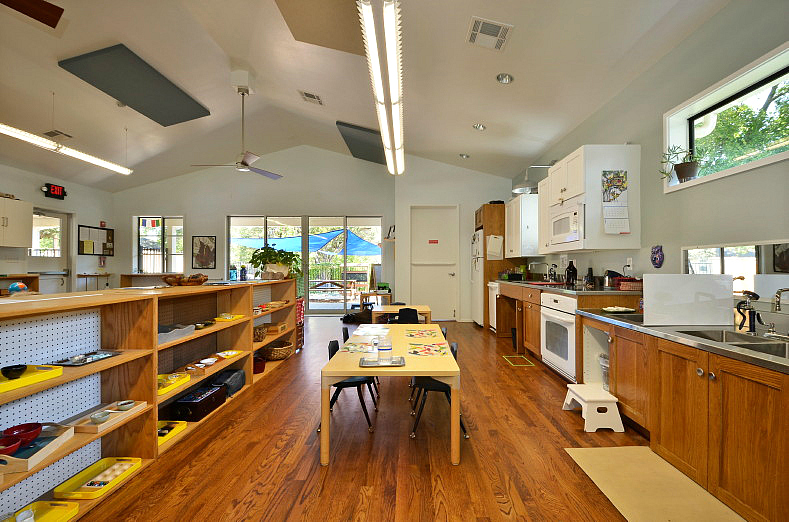 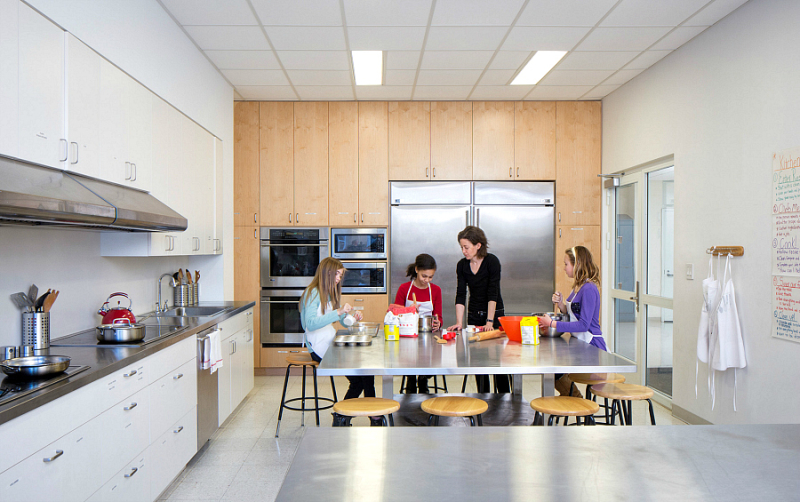 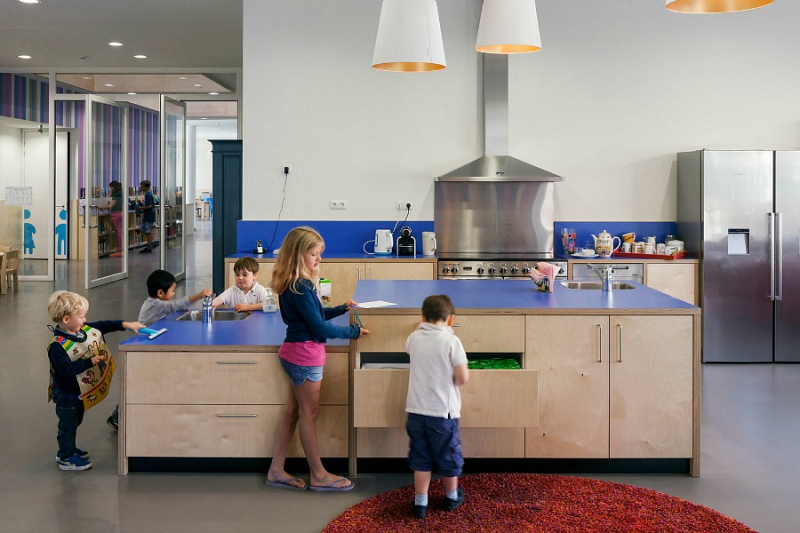 Montessori School Waalsdorp, The Hague, The Netherlands via Archdaily. 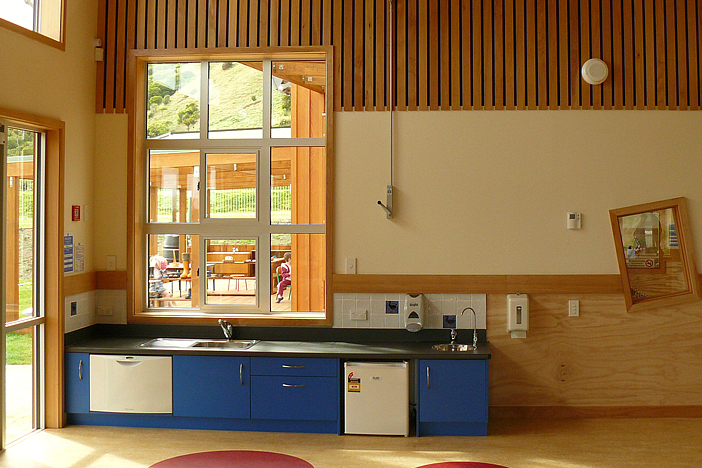 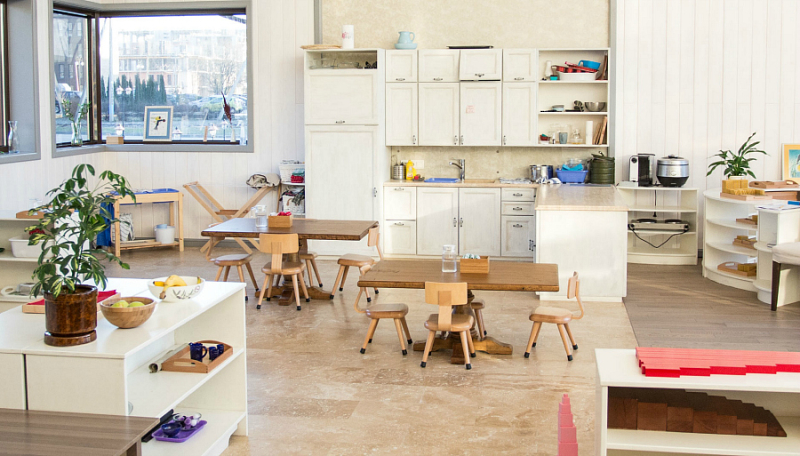 I don't have a clear shot of the kitchen but this space at the Montessori International Collage (and here) is really amazing! So much low bench space and all the equipment at the child's height. I just adore some of these happy faces and their creations!! This is the best of Montessori!

Posted on 18 July 2016 in In the Kitchen, Montessori Schools | Permalink | 0 comments