Montessori Apple Activities to Love!
Back to School Backpacks - and a few Montessori tips

Montessori and the Olympics 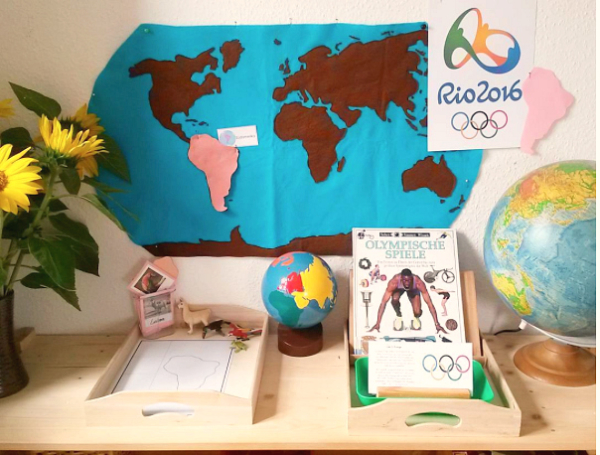 Image: My Nature Place and Montessori

Have you been watching the Olympic Games with your children? Have you been doing any specific Olympic activities with them?

Today Caspar had his school sports day. During the opening of the event, the school principal gave the children several quotes by well-known Olympians. It was such a nice way to start the day and get the kids into the Olympic spirit.

"Each of us has a fire in our hearts for something. It's our goal in life to find it and keep it lit." - Mary Lou Retton

"Gold medal aren't really made of gold. They're made of sweat, determination and a hard-to-find alloy called guts." - Dan Gable.

"Don't put a limit on anything. The more you dream the further you get." - Michael Phelps.

The Olympic Games can provide many learning opportunities for sport, sportsmanship, geography and culture. Here are some Montessori Olympic ideas that I love.

We have also been reading G is for Gold Medal and Olympics.

I hope you have a good weekend with lots of fun watching the Olympics!