The Second Plane of Development - Independence, Transitions and Going Out.
Nature Themed Materials - from Etsy 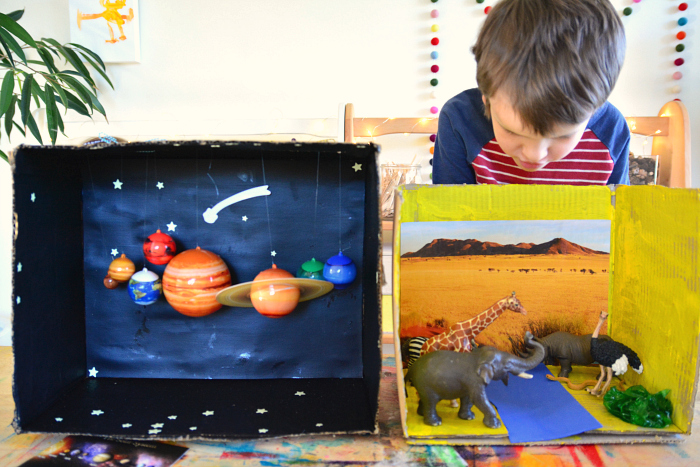 Diorama - A model representing a scene with three-dimensional figures, either in miniature or as a large-scale museum exhibit.

My boys love making dioramas! It's such a good way of presenting research! Over the weekend I snapped a few pictures of the dioramas the boys made. 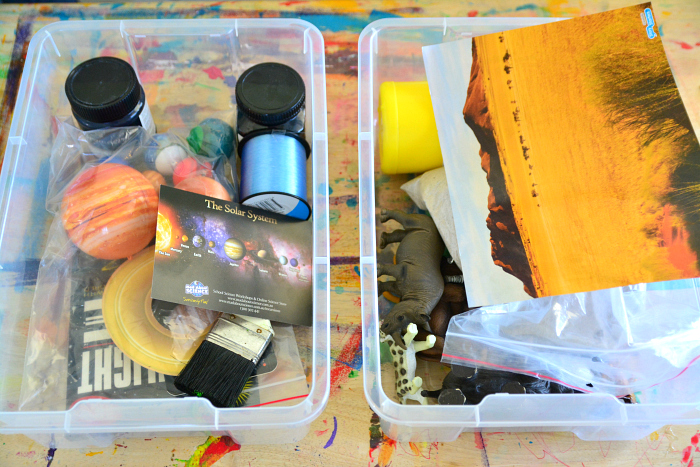 They each selected a theme or topic for their diorama and collected the materials they wanted to use. The solar system tub is on the left and the African savannah tub is on the right. Otis collected sand, first he wanted to have a desert theme but picked up the savannah back-drop and animals. He worked it out eventually. 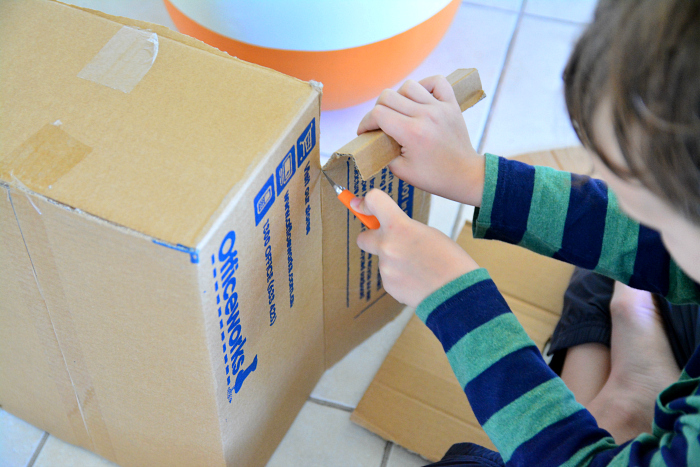 The boys prepared their boxes. Caspar did the cutting! 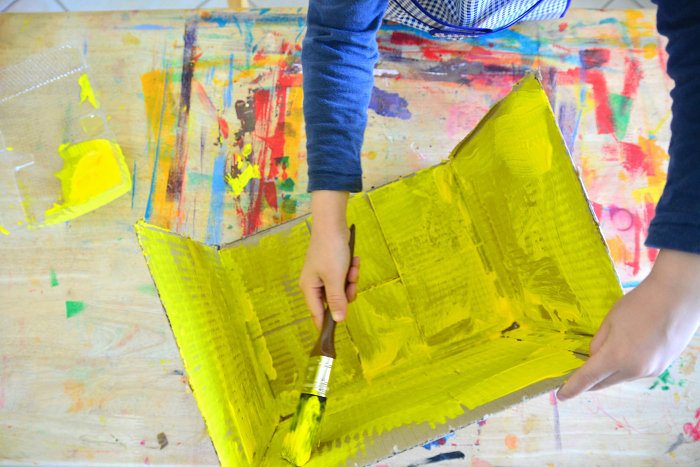 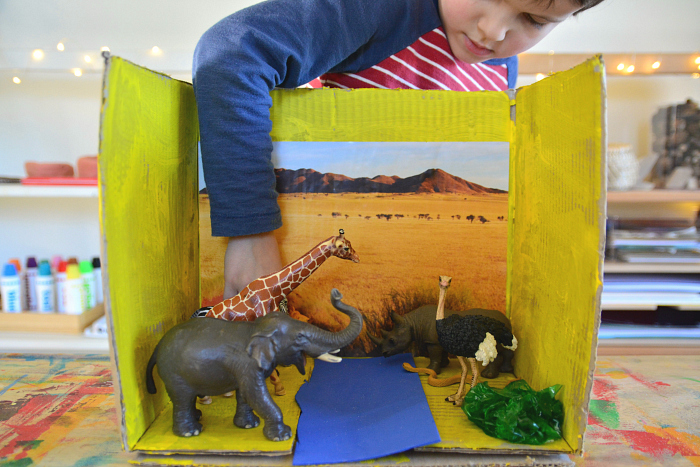 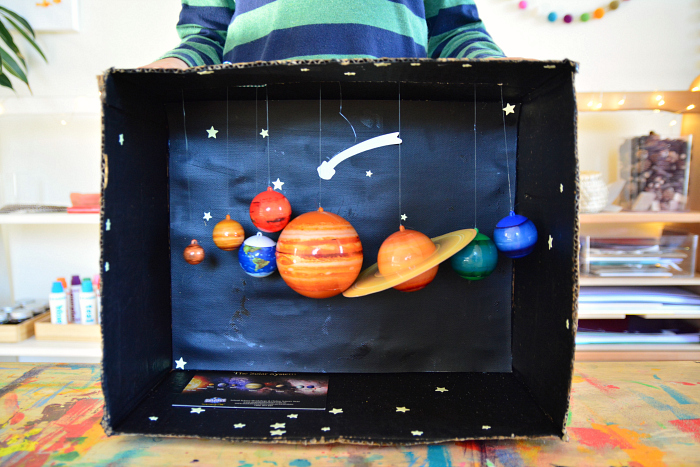 Have you made dioramas before? With a box, paint and a few materials, they are easy to put together. Caspar loves to make space dioramas. He has made them before with asteroids and he loves volcano dioramas too. Caspar will put his on a shelf to observe and perhaps tinker with but Otis loves to play with his.