A peek inside a Montessori Parent Child Class!
Making a Diorama

The Second Plane of Development - Independence, Transitions and Going Out. 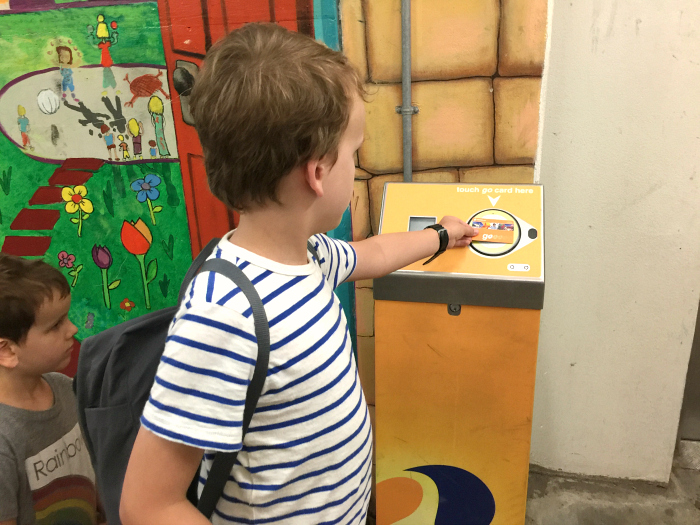 Caspar is in the second plane of development (six to twelve years), it is the plane of childhood, mental independence, the period of the conscious mind.

Children in this stage of development are no longer solitary beings, they gravitate towards others, they expand their social network and gain a wider sense of others whether it is within their local community or in a more global sense.

Caspar is turning nine in October. He went on his first school camp a couple of weeks ago! Although he handled the camp confidently it was his first time staying away from home and away from his parents. This independence outside of the home environment is really important. Caspar is preparing for his first 'Going Out' at school and has started his transition to Cycle Three!

Caspar has started spending more time in the Cycle Three classroom (nine to twelve years) and will start there full-time next term! He is confident and more than ready for this change. I can't believe he will be in Cycle Three, it feels like only yesterday that he was starting Cycle One as a three-year-old!

So what is 'Going Out'? Children in this stage of development begin to venture out into the wider community, outside of the prepared classroom. The Going Out is initiated by the children. The children (in small groups, Caspar is going out in a group of three) plan and go out (with an adult). Some children go to the local library, exhibition or museum. The location and purpose of the Going Out must be relevant to the child's work or area of study, it occurs when the children need resources or to find information that is not available in the classroom. The children plan every stage to the smallest detail. This can involve public transport, making bookings and enquiries, making telephone calls and follow up emails, purchasing tickets and making other arrangements. It can take weeks sometimes an entire term to prepare for. I really love these examples.

It is possible to replicate this Going Out experience (to some extent) with your own child. If your child asks to visit somewhere locally, perhaps take public transport, allow the child to plan the trip. Allow them to organise and pay for tickets. Allow them to make the telephone booking. Allow them to take as much responsibility for the trip as possible. This needs to be age appropriate but we are really talking about increasing their independence outside of the home, giving them freedom and preparing them for life in the wider community. The child builds so much confidence when doing these activities and it gives them so many life skills. Going Out gives the children some adult responsibilities!

For further reading on the second plane of development, I recommend From Childhood to Adolescence by Maria Montessori. It's a very exciting time around here. Does anyone else have a child transitioning or Going Out soon?