How many words should my child be saying? Advice from a Speech Pathologist. 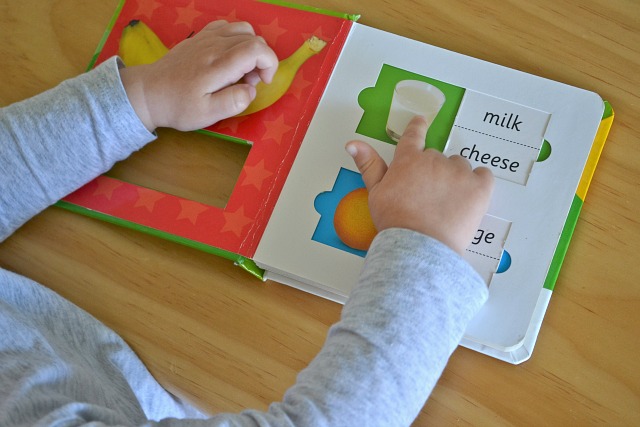 Unfortunately, many parents are unsure about their children's speech and fail to get the help and support their children need, it often causes worry, stress and delayed language skills. Today I have asked our Speech Pathologist, Monique Speakman from Kids Chatter Speech Pathology, to share some information about what is normal or expected and what are the signs of delayed speech. I acknowledge that children develop differently and there is no wrong and right however I feel this general advice is really useful!

As a Speech Pathologist, probably the most common question that parents ask me, is “how many words should my child be saying?”. You’ve probably noticed that there’s a big variety in development because you’ve seen other kids at your childcare centre, or kids at the park or even your own friend’s kids and some are talking a lot more and some are talking a lot less. So you’re probably questioning, well, what is normal? And if your toddler isn’t saying as much as their peers, you’re probably worried whether your child is behind for their age and would they catch up, or are they developing ok for their age.

Parents often ask their friends, their family or post in parent groups on Facebook asking whether they should be concerned about their child’s language development, and the common responses parents often receive are:

I know this sort of ‘advice’ is well intentioned as most people just want to offer support and not make you worry any more, but this wait and see (and do nothing) approach can actually be quite detrimental in some cases. Now before you think I’m being over the top, let me help you by explaining what is considered normal/typical language development in children and what is not. I also want to explain the other developmental areas (besides just the number of words kids are saying) that we look at when it comes to a child’s communication development and more importantly WHY it’s so important to get it checked if there are concerns.

What is normal in a child’s early language development?

There are many markers in a child’s development that help us to work out if a child is delayed or if they’re on track with their development. Even though there will be some variety between children, typically developing children will follow the same sort of patterns within the same sort of age ranges.

Here is a breakdown of how many words children with typically developing language are using:

Some parents will look at these numbers and think that their child isn’t saying as many words as they should, but because they understand everything that’s being said to them, they’re fine and will just catch up. Or because of the ‘advice’ that other people have given them as listed before, parents don’t think they need to worry because they will “just grow out of it”. Well, as a Speech Pathologist, this concerns me greatly. Not only is this advice given by people who are usually not trained professionals in early language development, but there are also a number of other factors to consider besides just how many words they are saying.

So what’s the risk? Don’t all kids learn to talk eventually?

Well, most likely, yes, however, research has proven to us that when communication delays are left untreated in early childhood, the risk increases exponentially for future academic and learning issues. Learning to use and understand language is essential for nearly every other kind of learning a child needs, not just learning as a toddler, but also as they get older. When children don’t catch up in their language skills, they have ongoing language difficulties well into their school years, including difficulties with their reading and writing. So waiting to see whether or not a child will catch up on their own, is something I know I wouldn’t want to risk for my child when early intervention can make a huge difference.

Although it’s true that children will develop at their own pace and that the precise ages at which children reach a specific milestone, will vary somewhat, speech and language development is actually quite consistent and follows predictable patterns. Therefore, if certain milestones haven’t been reached by certain ages, it becomes cause for concern and it’s important to find out WHY a child isn’t reaching them. 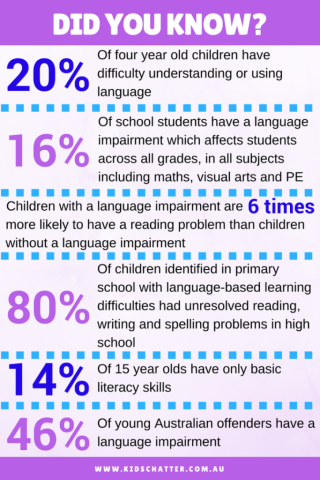 So if you have any concerns regarding your child or another parent is asking whether they should be concerned, please recommend they speak to a Speech Pathologist as they are able to evaluate all the necessary developmental skills and give the best advice based on the child’s needs. We know that early intervention works and using the right techniques and strategies can make a huge difference for your little one’s development.

You can read Monique's full article here. The Kids Chatter Speech Pathology website is full of useful information including a Speech Chart which you can use to see if your child's speech sounds are on track. You can also follow Kids Chatter Speech Pathology on Facebook to view many of their videos. Please note that it is important to seek professional advice if you have concerns regarding your child's speech so that any underlying problems can be identified as something more serious may be the reason for the language delay.

If you are looking for a Speech Pathologist in Brisbane, I highly recommend Kids Chatter Speech Pathology based at Kenmore. Monique was a Montessori child and attended the same Montessori school my boys now attend, she has a fantastic understanding of the Montessori philosophy and this is reflected in her approach to children!

My children's speech concerns are regarding tongue thrust, interdental lisp, and a lateral lisp. Although I can't offer any professional advice please feel free to ask any questions!