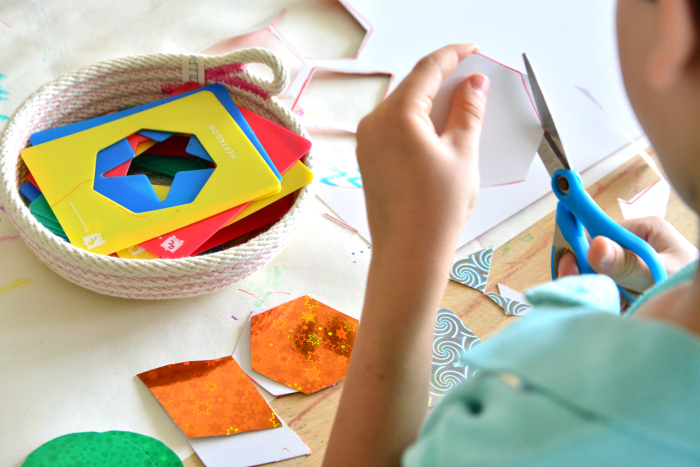 When Otis found some holographic cardstock in his paper stash, he wanted to make a mobile for Otto. The Octahedron and Dancers Mobiles have been Otto's favourites so far and it is in part due to the nice shiny, metallic paper. While ours is not as elegant as the Dancers, nor as complicated to balance, Otis loved making it, Otto loves using it and I have to believe that it's somewhat age and developmentally appropriate for Otto. We used this holographic card (Australia) but similar can be found here. 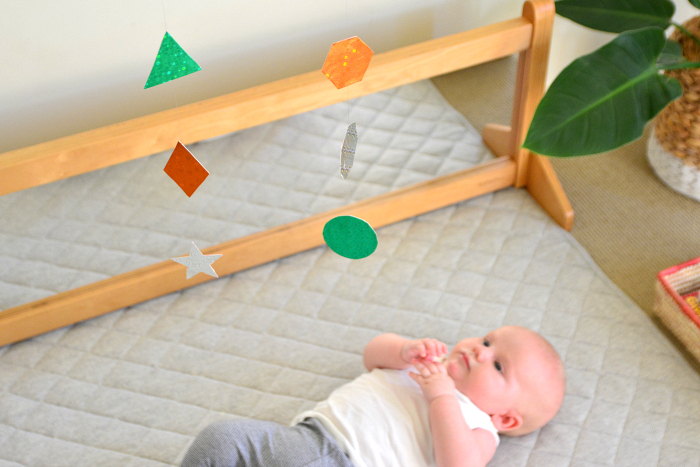 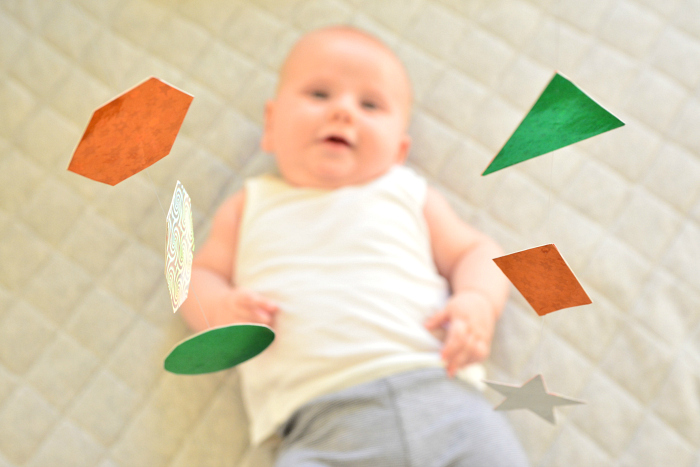 Otis really wanted to add more shapes but I've had him pare it back for simplicity and not to overwhelm Otto, noting that most Montessori mobiles have around five to six elements. We kept it to three colours for the same reason. The holographic paper catches the light and the shapes look lovely when they move in the breeze. 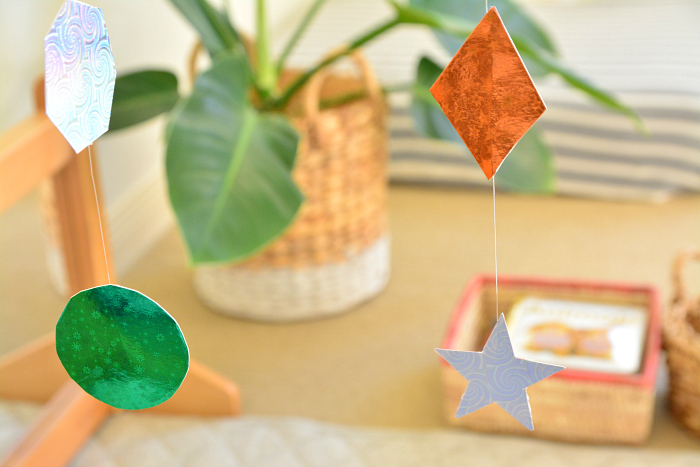 This mobile was super easy and fast for Otis (six years) to make. To be honest, Otto loves just about any mobile, but it's extra nice that this one is made by his brother.