An idea for the school holidays - Design your own tee with My Monster.
Coordinated Movement of the Hand - Hands Can at Six-Months 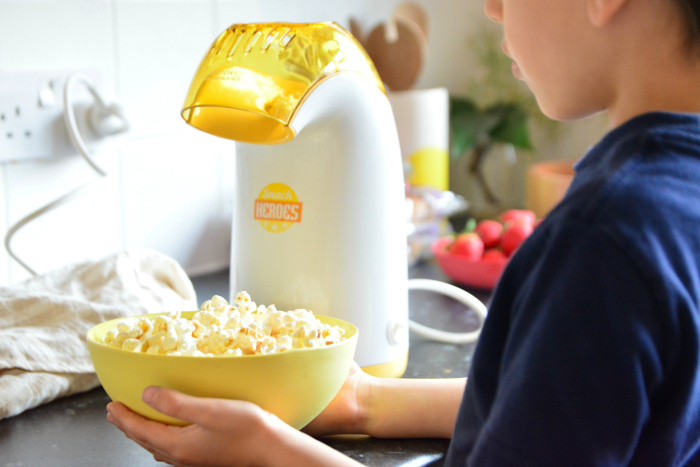 Otis (six years) loves being in the kitchen. He loves making and baking. He loves his kitchen gadgets and appliances almost as much as I do!

The boys have school holidays next week so I'm already thinking about what food and snacks we'll need. It has me thinking about the children's favourite kitchen appliances. It should be noted that not all of these appliances are made for or targeted at children. Also as a Montessori family, we may introduce some of these appliances at a younger age than other families. Mostly Otis will use them independently but always under close supervision. What are his current top three kitchen appliances?

However, our most used children's kitchen appliances would also have to include:

The advantage of some of these appliances is that they can be plugged in and used at the child's height, on a low table or work surface. It's often safer than having them use the larger cooktop or oven. The advantage of the popcorn maker or donut maker is that they are contained, there is no oil or frying involved. I also love the novelty factor, I am sure Otis would also love an electric pie maker, waffle maker or ice cream maker if we had one! The independence factor is a big one, allowing the child to use an electrical appliance involves skill building and trust. It also allows them to do real work, contribute to the family or perhaps provide a snack or treat for themselves or a friend.

A Montessori toddler teacher once showed me an electric orange juicer she used in her class, being electric the children loved using it and they were able to make enough juice to share, rather than juicing by hand where they will tire easily (similar style here, the child still juices from the top).

I've provided links to the appliances that we have, however, we often use international power connectors, something to keep in mind if you order from overseas.

I'd love to know your children's top three or most used kitchen appliances or what appliances you use in your classroom!

If you have younger children or are not ready for kitchen appliances, but still want ideas for the kitchen, you might like my previous article A List of Kitchen Tools for Children 1 to 4 Years.