Montessori Definitions - for the Infant/Toddler Years 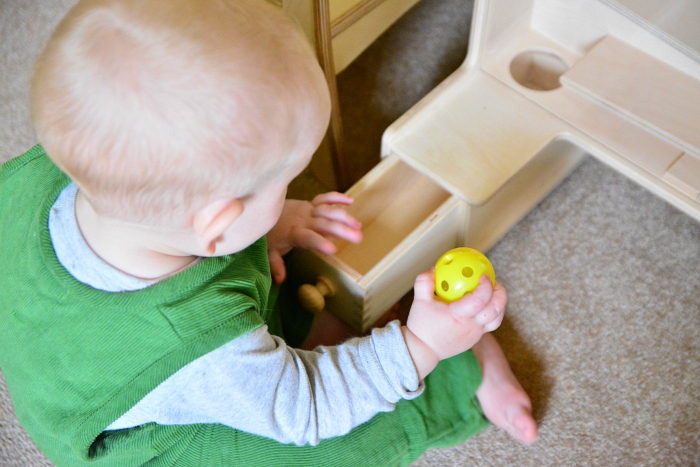 There are many terms which are unique to the Montessori philosophy. I've had to google some of these terms before so I've decided to write a list. Here are some brief Montessori definitions for the infant to toddler stage, in plain language, parent to parent. I hope you find it useful!

A to I - A to I refers to a Montessori qualification, the Assistants to Infancy (0-3 years) training.

Absorbent Mind - Maria Montessori observed that children from birth to six years have the ability to quickly and easily absorb information. The child is absorbing information from the environment without conscious effort, naturally and spontaneously.

Control of Error - Self correction that is built into Montessori materials and teaching methods, the child can independently identify and correct the error.

Dancers - The Dancers Mobile is the fourth in the visual series of mobiles. Typically made of four dancers from holographic paper.

Didactic materials - Materials that are 'designed to teach' designed by Maria Montessori, they have a control of error built into them, they are designed to teach a singular concept and are presented in a specific order.

Director (Directress) or Guide - In the Montessori environment the lead teacher/s are known as a Directress and Assistants are often known as Guides. Maria Montessori did not see the role of the adult as a teacher but rather to direct or guide the children to purposeful activity based on the adult's observation of the child's readiness. The child develops their knowledge through hands-on learning with the didactic materials they use.

Gobbi - The Gobbi Mobile is the third in the visual series of mobiles. Typically made of five woven spheres in graduated shades of one colour. Named after Gianna Gobbi an educator who worked with Maria Montessori.

Horme - An unconscious will for the child to do what they need to do to, the child being driven by an inner urge to self construct. It is the desire to act on tendencies to fulfil their needs during the appropriate sensitive period and to have the energy to make the developments necessary at a particular phase.

Imbucare Box - Imbucare boxes come in lots of different shapes and sizes. Typically a small wooden box with a hole at the top that corresponds with a  wooden shape. The child can "post" the shape into the box. The box will have a door or drawer type opening so the child can retrieve the wooden shape. Imbucare is Italian for post. The shapes often include spheres and prisms.

Munari - The Munari Mobile is the first in the visual series of mobiles. It is entirely black and white with a glass or transparent sphere. It was designed by and named after the artist Bruno Munari.

Nido - Known as 'Nest' in Italian, the Nido is a Montessori warm, caring environment for infants from 2-18 months.

Octahedron - The Octahedron Mobile is the second in the visual series of mobiles. It consists of three primary coloured (red, yellow and blue) octahedrons made out of holographic paper. The octahedrons are designed to lay the foundations for future understandings of geometric proportion, relationships and patterns. Named for the ancient Greek philosopher, Plato.

Planes of Development - Maria Montessori observed human beings going through four distinct planes, or stages of development with each plane having unique characteristics and opportunities for learning.

Practical Life - One of the four areas (others include Sensorial, Language, Mathematics and Cultural) of the Montessori environment. Practical Life activities resemble work of the home. They are purposeful activities that assist the children to maintain their environment and make a meaningful contribution while improving control, co-ordinated movement and concentration. Includes care of self (getting dressed, brushing teeth, cooking), care of the environment (watering plants, cleaning) and grace and courtesy (moving gracefully, using manners).

Prepared Environment - The environment that is prepared specifically for the developmental needs of the child to facilitate maximum independent learning and exploration.

Sensitive Period - A critical 'window of opportunity' where the child is ready and receptive for the acquisition of a specific skill or ability. During this period when the child is engaged in activity that aligns with the window of opportunity they may produce spontaneous bouts of concentration and repetition. Maria Montessori observed that young children are intrinsically motivated to engage in activities within the environment that satisfy their developmental needs.

Some of the sensitive periods include;

Stereognostic Bag - A small drawstring bag, often lined with a silk type material. Designed for the child to put their hand in the bag and use their sense of touch only to match or identify the objects. Helps to develop the Stereognostic sense of using touch to create a mental image of the object. May also be called a mystery bag.

Symbiosis - The Symbiotic Period is the first six to eight weeks after birth and references the developing bond and relationship between child and parent - life together.

Three Period Lesson - A three step technique for presenting information to the child. Step 1 is naming 'this is the ..." Step 2 is recognition "please pass me the ...". Step 3 is recall "what is this?".

Toilet Learning - Similar to toilet training but Montessorians believe the child is learning to use the toilet, not being trained.

Topponcino - The Topponcino is a thin oval mattress that is used to offer comfort and support to the newborn child. Typically used to hold the infant the Topponcino keeps the infant warm and in familiar surrounds.

Weaning - Introducing solids to the infant. The weaning table, weaning chair and other materials like a weaning spoon or weaning glass all support this process. Weaning does not refer to the cessation of breast or bottle feeding. For most Montessori families this starts at or around 6 months of age.

Please feel free to contact me if there is something I haven't covered or for any corrections.