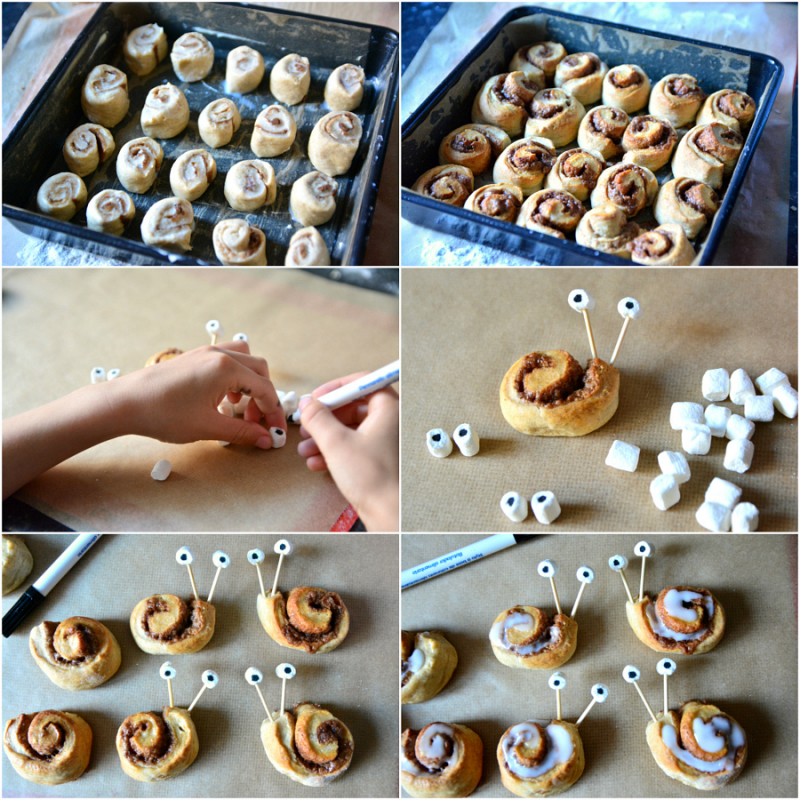 Most cinnamon rolls recipes use yeast, these are easier for children to make (and are foolproof) using self-raising flour.

Ingredients for the Dough:

Ingredients for the Filling:

Ingredients for the icing: 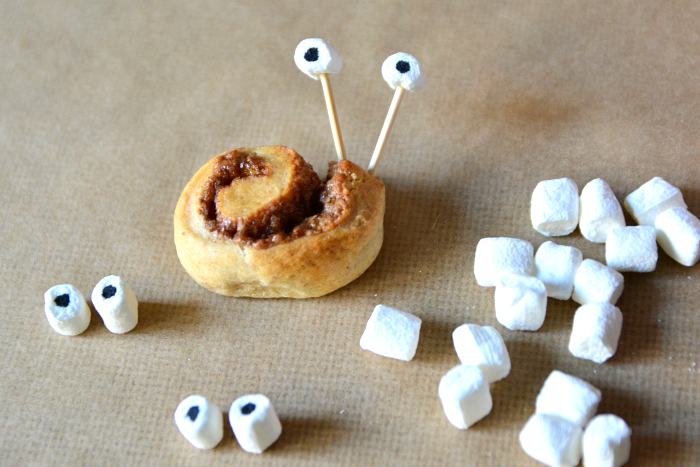 These are bite-sized and are very more-ish. Perfect (but sweet) for play-dates, children's parties or just for snack time!

If you are making these with a young child or a toddler, you could premake the snails and have the child help you add the eyes - this was Otis' favourite part, besides the eating part!

Posted on 30 October 2018 in Activities, In the Kitchen, Little Lunches, Second Plane of Development | Permalink | 0 comments