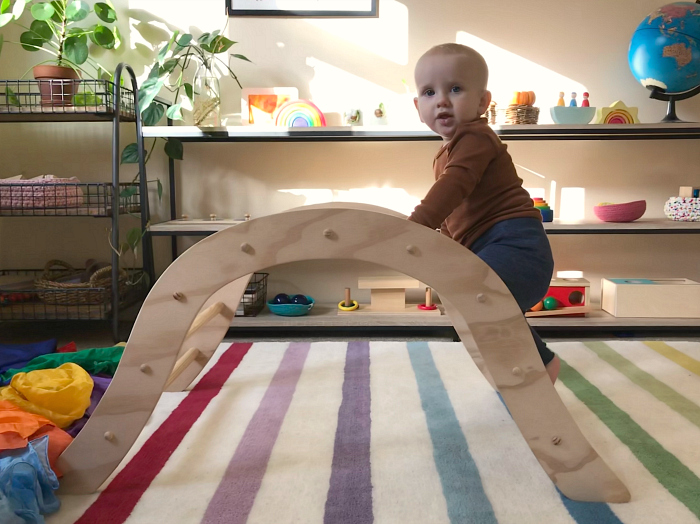 Above: Sensitive Period for Movement

Otto is now 14 months old and I'm wondering what are the areas he is in the Sensitive Period for? Sometimes it's really obvious such as his need for movement, but other times if we are not watching and observing carefully it's easy to miss the important sensitive time for learning, like for toilet awareness.

"They go through a very specific and well-defined periods of interest in certain areas of their development. For example there is a period of intense absorption with order, another for language, and another for learning to walk. During each of these time frames, varying in duration from months to years, the child is so focused on the particular development that he will ignore other phenomena previously of great interest to him. His energy level and dedication to his single-minded task are extraordinary but terminate just as abruptly as they began. Montessori called those intervals Sensitive Periods." - Montessori From The Start.

At 14 months Otto is in the Sensitive Period for:

"We also need to follow nature's plan, as represented by the Sensitive Periods, for the child's self-formation. We cannot determine arbitrarily at what age a particular challenge is best dealt with - such as toilet awareness, for example. There are optimal moments for each human skill in personal care. If we familiarize ourselves with the developmental stages of childhood, we can find those moments, and thus cooperate with the special energies of childhood - instead of finding ourselves pitted against them." - Montessori From The Start.

My approach to Sensitive Periods is simple. 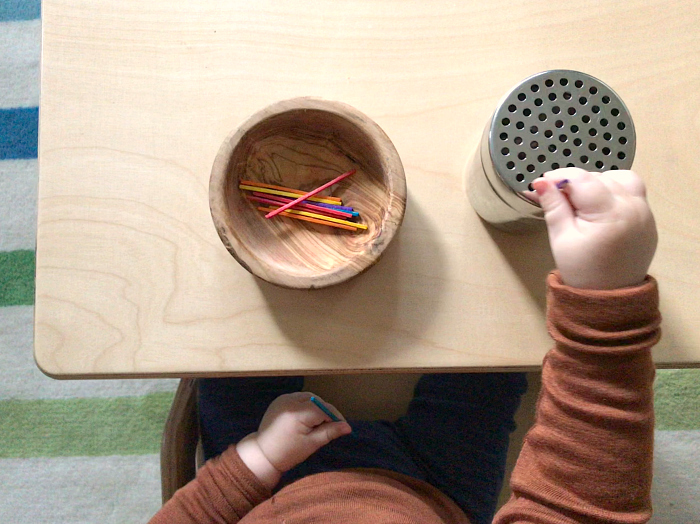 Above: Sensitive Period for Small Objects

The Sensitive Period is the optimal time for the child to acquire a specific skill or knowledge but most of all it's about meeting the child's developmental needs. A child who has their developmental needs met is happier, calmer and more settled, may be able to concentrate for longer - that's what I'm aiming for!