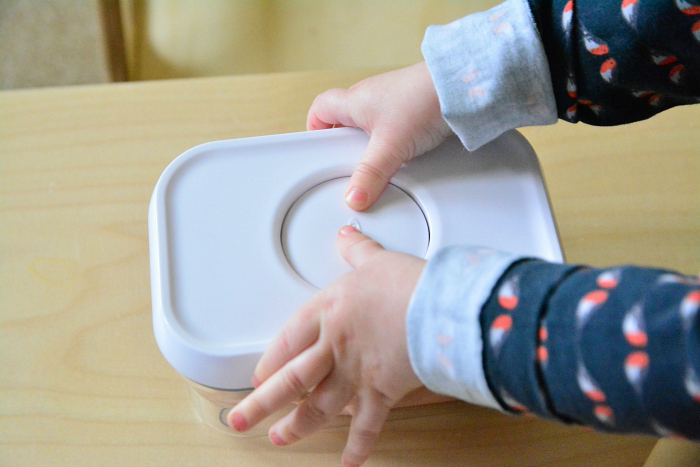 It's wonderful when a child, especially a toddler, can do their chosen activity independently from start to finish. I recently wrote a little about the snack containers we have been using. Otto (18 months) can open them independently but cannot close them. It's not so much of an issue as sometimes he will use all of the contents or I am close enough to close the containers for him. But it really bugged me. There must be a better solution, there must be airtight containers that toddlers can use independently?

I searched and I found that a lot of people with arthritis recommend the OXO POP containers. The OXO POP are known for being easy to open and easy to close. Perhaps they will work for a toddler too?

I decided to use an OXO POP container for Otto's play dough. He uses playdough a couple of times a day. We had been using a beeswax wrap for the play dough which is really easy for the toddler to open but when Otto would wrap it up again, it wouldn't be tight enough and the play dough would end up with yucky, dry edges.

With the OXO POP the child presses the large centre button and it releases the airlock on the container and the lid can be easily taken off. The button feels like it has a spring in it, Otto really likes just pressing the button up and down, it's super easy to do and it doesn't need much pressure at all. 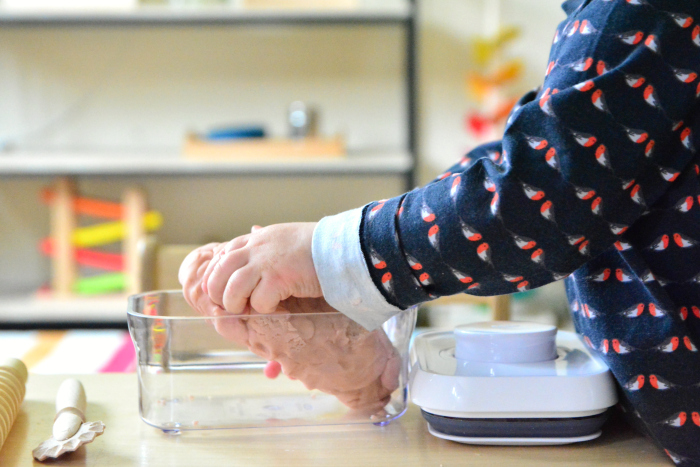 Then it's time to get the play dough out. 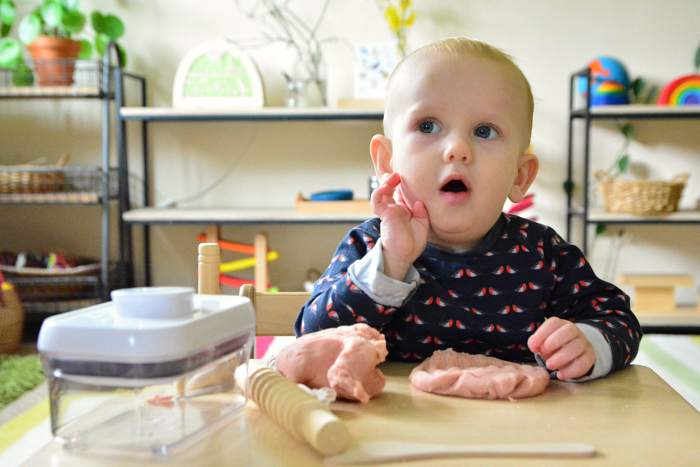 It takes Otto a few goes to get the lid on properly (aligned and in place) but when he does it's a simple press of the button and the airlock is in place again. Even one handed! After a day Otto had no problem using the OXO POP completely independently. A much younger child would be able to use them too, perhaps from around 14-16 months with a little practice.

Otto puts his play dough and his materials back into the little case and back on the shelf. 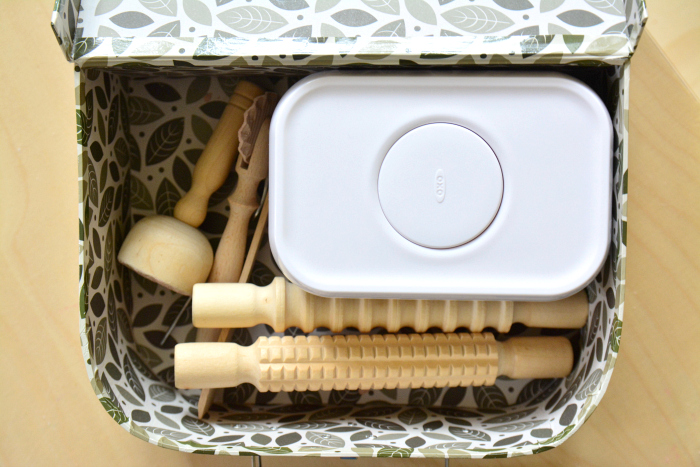 I'm not going to replace all of our containers because it would be such a waste. But for toddlers and high usage containers where an airlock is important, I recommend the OXO POP. I haven't tested the seal with liquids and I don't know how it would last over time, they look and feel strong and robust.

From around two to two and half years I found my children were able to open and close simple snap-lock and Sistema type containers. I recommend shopping in store with your toddler if possible and see which containers they can and can't open.

Posted on 19 March 2019 in In the Kitchen, Otto 18 months, Practical Life, Toys and Materials | Permalink | 0 comments